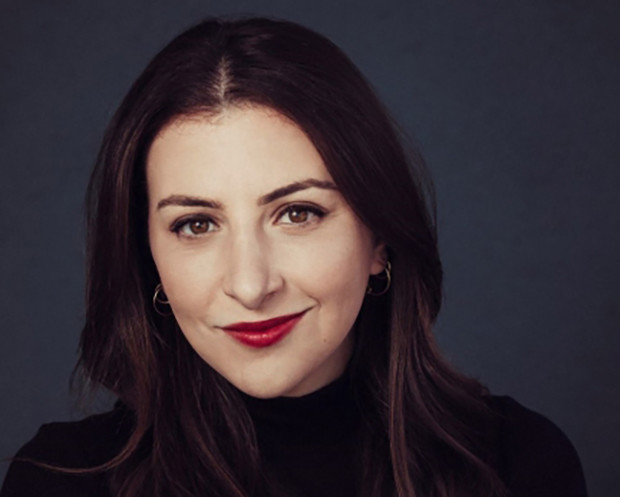 Dana Schwartz writes the novel she always wanted to read

In 'Anatomy,' Schwartz drills down on 'the macabre side of medical history'
By Adam Friedrich
Share:

When writer and humorist Dana Schwartz was 22, she visited Edinburgh, Scotland for the first time. Inspired by the castles and cobblestones, she tells WPR's "BETA" that this ideal European gothic backdrop inspired her to write a novel around her lifelong fascination on the early medical history of the era.

"I've been fascinated with the macabre side of medical history my entire life, just the dawn of pre-anesthesia surgery and how kind of gruesome it was. But there's also something romantic about the Enlightenment side of it and the dawn of modern scientific reason coming to the forefront. So, I've always sort of had that churning around in the back of my mind," she says.

The result of all that churning is her latest young adult novel, "Anatomy: A Love Story."

"I had this idea inspired by 'Frankenstein' — the idea of putting together a human body and what that technology would look like. Basically, if 'Frankenstein' technology existed and was real, what other applications could it have and how might someone have discovered it in a different way with a different goal?" Schwartz says.

The novel — which was recently named to Reese Witherspoon's YA Book Club — is set in Edinburgh, Scotland in the early 1800s. It follows an independent young woman, Hazel Sinnett, who yearns to be a surgeon, but runs against the era's sexism in the medical community.

"I really wanted to make Hazel feel like a woman of her time. Even though she is a strong woman who's more ambitious and pursuing a path that wouldn't have been considered socially acceptable for a woman at the time, it was really important to me that she still feel very grounded and not like a 2022 protagonist who has just been dropped into the 1800s," says Schwartz.

Hazel comes from a wealthy but isolated background and is trapped in a predetermined marriage to her cousin. She's lost her father and brother and her mother has become reclusive. With basically no role models to emulate, or perhaps better to prevent her, she takes the bold initiative to pursue medicine.

"Hazel sort of has grown up very lonely and isolated, and so she has the sort of the naivete that comes from privilege where she thinks, 'Well, yeah, of course, why couldn't I do these things that I want to do?' Because she hasn't had the reinforcement of society knocking her down again and again," Schwartz says.

Outcast from the male dominated medical community — in an era where to advance and practice medicine, access to corpses is like a verboten currency — Hazel needs to discover another way to learn. So, she makes the acquaintance of a "resurrection man," Jack Kerr.

"This is a very real job that existed at the dawn of the 1800s. This was a period where there was no system of donating one's body to science, and it was considered very sacrilegious to desecrate a corpse. And so, no one was going to willingly have their body dissected by doctors. But this was the dawn of Enlightenment era science when doctors needed to learn about the human body through dissection and study. And so, an incredibly lucrative profession sprung up of people called 'resurrectionists' or 'resurrection men' who dug up dead bodies and sold them to doctors who could dissect and study them," Schwartz says.

Hazel and Jack forge an at first uneasy partnership that eventually blooms into a budding romance.

"Whereas Hazel is a character who is incredibly privileged and naive because of it, Jack is the opposite side of that. He's someone who has only existed as having already fallen through the cracks and understands the challenges of reality in a way that Hazel doesn't yet," says Schwartz.

Schwartz's fascination with this era extends to her popular historical podcast, "Noble Blood" which recounts the tragic fates of monarchs and historical figures. Schwartz credits her podcasting work in spurring her research and focusing her writing for "Anatomy."

"I think from working so much on the 'Noble Blood' podcast, I've gotten really a love for historical research," she says. "I got very confident at writing in the period, and I think I wouldn't have been as comfortable writing in the early 1800s had I not already had a lot of practice doing it. 'Noble Blood' — even though it wasn't a direct influence in terms of research — gave me that boost of confidence."

Schwartz, who is well known for playfully parodying the YA genre with one of her popular Twitter accounts, @DystopianYA, says that the podcast was a good first step in separating her public identity as a humorist from her writing persona.

This account was supposed to be a joke not a preview

"In my head, I've always been this spooky, historical writer because that's always the things that I'm interested in," she says. "But I think that maybe audiences might have been expecting something funnier or snarkier. And so, I think 'Noble Blood' was a good halfway point of people to realize that I'm really interested in history and writing things that aren't necessarily Twitter ready."

At a recent Q and A for the book, Schwartz was asked if she'd ever consider writing an adult version of "Anatomy." She responded, "This is the adult version."

"I found that the young adult market at this point in time is more willing to accept books that are mixes of genre without it being sort of relegated to the science fiction fantasy section of a bookstore. I always wanted 'Anatomy' to be a little gory and a little science fiction in the way that 'Frankenstein' was, and I found that young adult publishing was just a place where readers were willing to accept that," Schwartz says.

While she won't consider the redundant rewriting of the book, Dana is interested in a possible screen adaptation.

"I've had some experience writing for television, and I would love the chance to turn 'Anatomy' into a television show or film. I think it was a very fun world to write in and a very fun period and setting for me, and I think it would translate really well to the screen," she says.