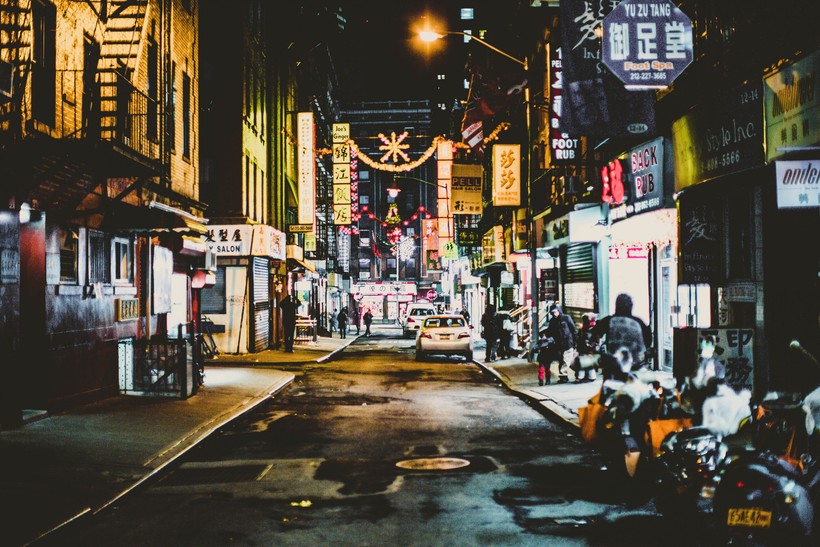 Photo by S. on Unsplash

Throughout Writing The Novel, Yu Had The Chance To Explore His Own Cultural Identity
By Doug Gordon
Share:

Charles Yu is probably best known for his critically-acclaimed novel, "How to Live Safely in a Science Fictional Universe." 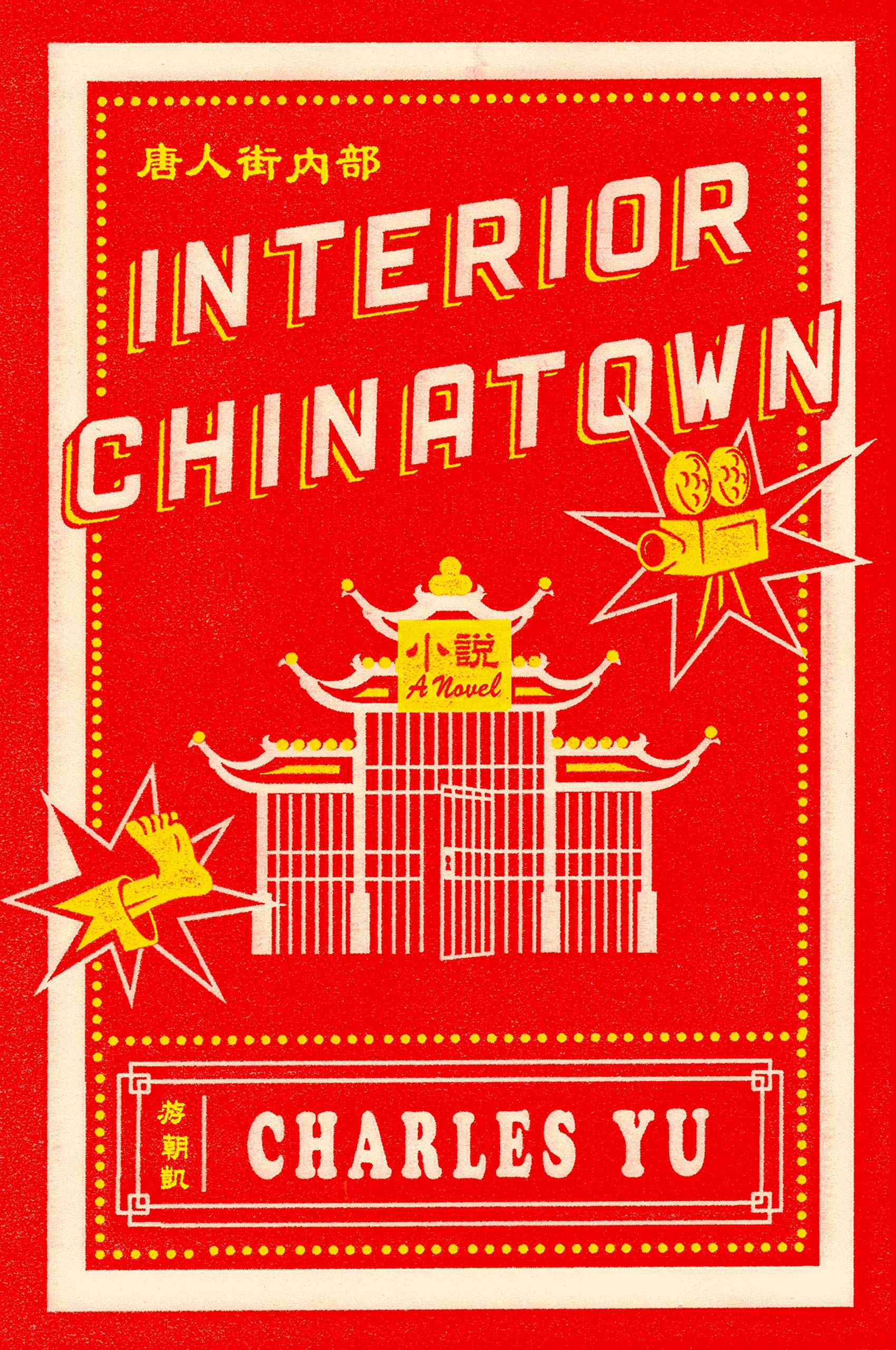 Yu has also worked as a writer for the FX series, "Legion" and the HBO series "Westworld." This experience in television likely came in handy for "Interior Chinatown" — structured like a television script, the novel explores racism through the lens of the TV cameras that shoot the show.

Yu's parents are immigrants from Taiwan who have lived over two-thirds of their lives in the United States as naturalized citizens. Yu has two children who are "reaching an age where they can ask questions" and "talk about things with classmates."

"They have questions around their identity both in terms of where do their families come from, but also are they real Americans?" Yu told WPR's "BETA". "They see the news. They see questions about immigration and questions about race and ethnicity as well. I certainly think there are very important, weighty ways to write about race ... but I wanted to at the same time have a different kind of approach. And I wanted to tell a good story that I hope is also entertaining."

Curious what "Interior Chinatown" is about? Yu has come up with an elevator pitch for the novel:

"We've all seen 'Law and Order.' Every few seasons it seems they have a special episode set in Chinatown and you've got the two leads and they're cops and they're discussing the case. And they're in the foreground and way in the back, almost out of focus is an Asian guy unloading a van. And I wanted to tell a story about that guy — van guy who doesn't usually get a lot of lines and doesn't usually have a name. But in my book he does have a name and his name is Willis Wu," he said.

Wu lives in a single-room occupancy (SRO) building above a Chinese restaurant. Every morning, he goes downstairs to the Chinese restaurant where the procedural police show, "Black and White" is filmed. Willis portrays Generic Asian Man No. 3, but he dreams of playing Kung Fu Guy because that's the ultimate position he can aspire to be in the world of "Interior Chinatown."

It's a very clever premise because it allows Yu to explore the racism that Asian Americans have experienced over the past 200 years through the lens of the TV camera that shoots "Black and White."

Yu's taken it a step further and even written the novel in the form of a teleplay script, complete with the standard screenplay font, Courier, which was initially created for IBM typewriters.

"Interior Chinatown" opens with an epigraph from Bonnie Tsui's book, "American Chinatown: A People's History of Five Neighborhoods": "If a film needed an exotic backdrop ... Chinatown could be made to represent itself or any other Chinatown in the world. Even today, it stands in for the ambiguous Asian anywhere."

Yu said he wanted to use that quote because while doing research for his novel, he discovered that Los Angeles' Chinatown has a history of doubling as authentic Asian locations for many films. 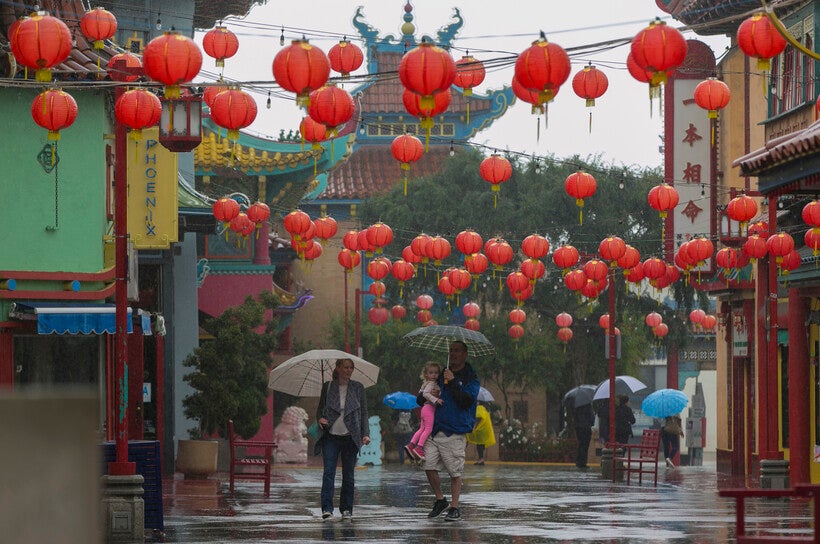 Pedestrians walk under the rain in the Chinatown Plaza in Los Angeles on Friday, April 8, 2016. Damian Dovarganes/AP Photo

"But really, what Bonnie Tsui's getting at here in this quote is that it doesn't stand for any specific location, it stands for kind of the idea of an Asian exotic locale. And the point being that as viewers of the thing that's being filmed, we don't care so much where that is. We just know it's other," Yu said. "I thought that was the perfect way in to describe what the Chinatown that Willis Wu lives in is like."

Throughout writing the novel, Yu had the chance to explore his own cultural identity.

"My parents are immigrants from Taiwan and I have grown up listening to their stories and have tried in my own way to pass along some of that to my own kids. But as an American who was born and raised here, I have a really limited capacity to do that as a dad ... my cultural knowledge is 80's sitcoms and video games, among other things. And so it was about trying to explore cultural identity, but the specific cultural identity that I think I have as an Asian American."

He continued, "In creating this character, I almost started to have a dialogue with a fictionalized version of someone that I could imagine knowing or someone that is drawn from parts of me. It is personal in some ways that I have often felt not part of the action or pushed into stereotypes. And until I wrote this book, I couldn't quite articulate exactly what that feels like or why it matters."

But in writing the book, Yu was able to articulate to himself why it matters.

Yu extends the screenplay approach in his novel to the acknowledgements section which he presents in the form of the end credits of a film. In these credits, Yu mentions the influence sociologist Erving Goffman's book, "The Presentation of Self in Everyday Life" had on his book.

"The framework that Goffman lays out is basically of the self as a kind of performance. And he talks about rules and he talks about communication out of character and regions," he said. "If you imagine a stage, front stage and backstage, and how even in interactions as simple as like going to get coffee, waiting for an elevator or passing someone on the street, there's a kind of performative aspect to what we show to people and what we hide from people."

Yu gives an example of workers at a fast food restaurant rolling their eyes at a customer.

"Here's Taco Bell, here's the front stage of it. And then here's the backstage of it. And that as a framework was I think the background of what 'Interior Chinatown' is trying to do is saying, 'Yes, self is a kind of role.' And then on top of that, what about an Asian American consciousness? On top of that and then where it got more exciting to me was not just that Willis is playing a role, but that all of these characters, black, white, Willis' parents, even the children are playing roles," he added.

While exploring the Asian American experience in the U.S. for his book, other forms of pop culture highlighting Asian characters began gaining traction.

"Crazy Rich Asians" was a huge hit at the box office when it came out in 2018.

And this year, Awkwafina won a Golden Globe for Best Actress in a Comedy or Musical for "The Farewell," making her the first woman of Asian descent to win a Golden Globe in a lead actress category.

"BETA" asked Yu if he thinks these are signs Hollywood is finally giving Asian Americans the opportunities they deserve?

"I feel like there's real progress being made," he said. "I do wonder though ... with 'Crazy Rich Asians,' that's really a movie about Asians, not Asian Americans, you know. And they're very rich. And so it's this beautiful fantasy. And I was very entertained by the movie. But that's a different kind of story."

"With 'The Farewell,' which I loved that movie, ... again, it's an American going to China. And the movie takes place in China," Yu explained. "What I'm curious to see, are there going to be stories where Asian Americans can be part of the actual reality we see on screen the way they are in actual reality?"