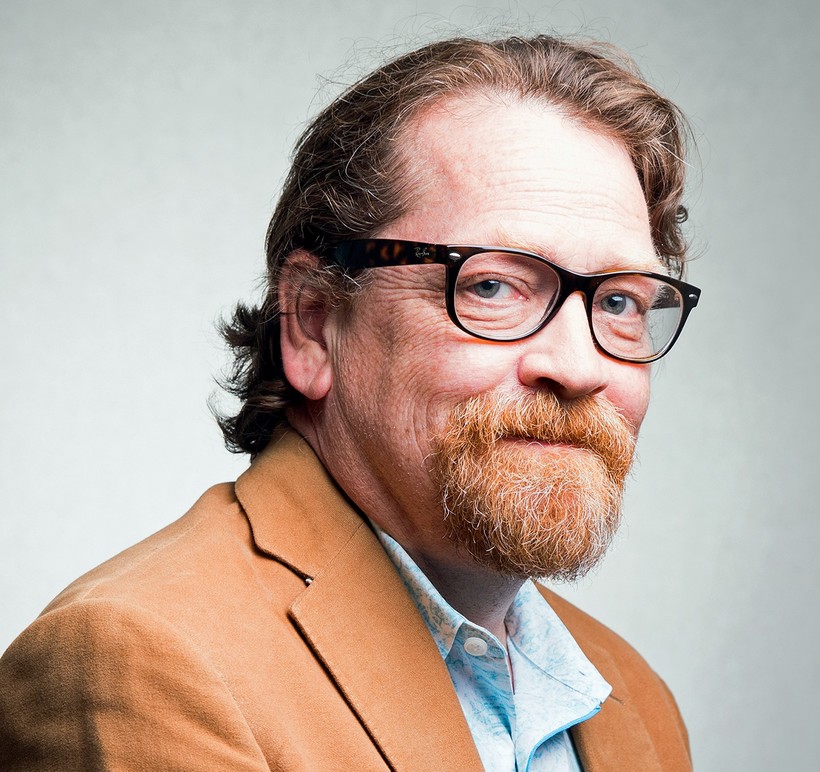 Chaon is in full control as he shifts his imagination to the road novel genre
By Doug Gordon
Share:

If you like to read propulsive, psychological suspense, you need to read Dan Chaon's novels and short-story collections. His work includes the bestseller "Ill Will," which Publishers Weekly named one of the 10 best books of 2017. His short-story collection, "Among the Missing," was a finalist for the National Book Award.

Chaon's latest novel is "Sleepwalk." Former BETA guest Rumaan Alam describes the work as "a frightening indictment of corporate power and the surveillance state, as well as a tender story about the depth of parental love."

Chaon's protagonist is a man of many names, including Will Bear and the Barely Blur.

"He's a mercenary who works for a shadowy corporation called Value Standard Enterprises. Nobody really knows what they do," Chaon told Wisconsin Public Radio's "BETA."

"He goes around the country doing odd criminal jobs for them, whether it's delivering unfortunate people to an unfortunate job or cleaning up after a massacre or burning down a blogger's house."

Will has dozens of burner phones under various names. So when he receives a phone call from a 20-year-old woman who claims to be his biological daughter via one of the sperm donations he made many years ago, Will is very suspicious.

"He needs to figure out how to find her and kill her because she knows his name and knows where he is," Chaon explained. "As things go along, he becomes more and more doubtful. And a lot of the suspense of the novel is him trying to figure out if this really is his daughter or not."

"I feel like one of the things I was interested in is taking this isolated guy and bringing this spark of human connection into his life and seeing how that played out for him. Because despite his criminal ways, there's a tender-heartedness about him," Chaon said. "I think we see it even when he's a little boy. There's a kind of innocence and wistfulness and hope of making a human connection."

Chaon admitted that there were a lot of challenges that he wanted to give himself while writing "Sleepwalk."

Those challenges included writing the book in the first person and present tense, as opposed to the multiple points of view that are usually found in his novels. Chaon also wanted to compress the timeline so that it only lasted about two weeks. He also wanted to include more comedy, and he did that in the way he wrote Will's voice.

"I'm trying to do all the genres. So this is my road novel," Chaon said.

One of the great things about Chaon's fiction is that so many of characters have difficulties with their thought processes. Why do so many of his characters struggle with self-doubt? Chaon said that's, in part, him projecting himself through writing.

"I don't go to the page feeling confident, partially because I don't really know what's going to happen next, but also partially because that's just sort of one of the ways that I tend to live in the world — feeling a lot of self-doubt, feeling occasional bouts of self-loathing. And I guess it's easy for me, too, to relate to those characters," he said.

"Sleepwalk" is set in the near future, but Chaon took a subtle approach to the futuristic technology that he features in the novel. He explained he tried to add things that he thought were possibly or likely, such as surveillance drones and security drones.

"There are some robots that walk along the side of the road and advertise stuff. There's some stuff with cloning and DNA and genetics that is mostly possible," Chaon said. "I wrote about using animals to grow organs, and that was not happening at the time. But it is now."

"It was a kind of practical decision, and I think a lot of writers are struggling right now with how to write about the contemporary experience because things are changing so rapidly," he continued. "You know, like, by the time your book is finally published, it's going to be two or three years down the line. And if you think about what things were like even two or three years ago, we've seen so many radical and crazy changes in our lives just in over a period of a couple years."

Near the end of Sleepwalk, there's a sentence that really captures what it's like to live in 2022: "It was disconcerting to live in a time in which accepting reality required a suspension of disbelief."

So how does this apply to the way Chaon lives his life these days?

"There's that meme with the dog drinking coffee in a burning coffee shop, and the dog is thinking, 'This is fine.' And I feel like in some ways, that's all of us right now. We're looking at terrible things barreling towards us. And there's this helplessness that I think a lot of people feel."

Chaon said "Sleepwalk" is a reaction to that sense of hopelessness, capturing the struggle of just getting through the day while also taking action to make things better. 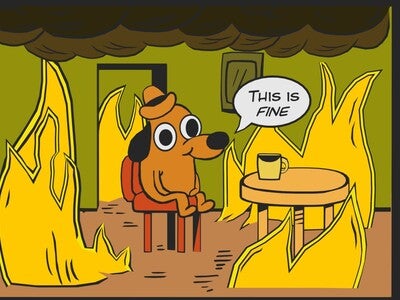 "It's had such a deep and abiding influence on almost all my novels and short stories, because it is so much about identity and about what's real and what's not, about whether other people are knowable. And it's also about gaslighting. And I think all of those things are major themes in my books."