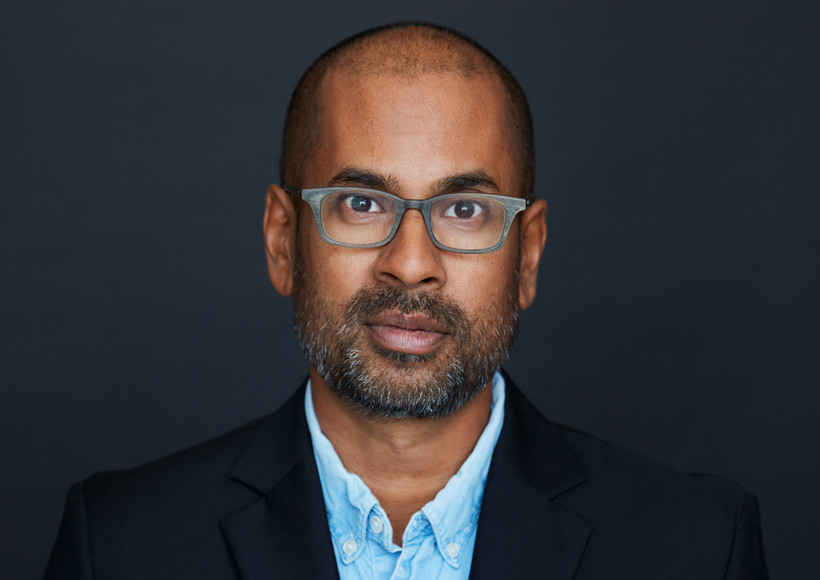 Rumaan Alam Aims To 'Destabilize' Readers In 'Leave The World Behind'

The Novelist On His Strangely Resonant Suspense Story
By Adam Friedrich
Share:

Novelist Rumaan Alam will be the first to admit his horror and suspense novel "Leave The World Behind" is benefiting from the timing of its release.

Conceived in early 2019 before "coronavirus" became part of our lexicon, Alam’s fascinating character study about being isolated from society is now landing in a post-pandemic world where almost everyone can relate to that experience.

"I thought I had done something very clever, which is to find a metaphor in being trapped inside of a domestic space to describe the condition of being trapped on a planet that we are seemingly committed to destroying, or being trapped inside of a system of government that is clearly not functioning," Alam told WPR's "BETA." "We are all starting to change a little bit and understanding our own homes as a trap as opposed to a refuge. It's a strange resonance."

Pandemic or not, Alam has written a brisk and propulsive story that would've resonated in any climate, given its commentary on race, politics, the ennui of marriage and parenting, consumerism and our dependence on technology.

"Leave The World Behind" follows the story of a white Brooklyn family, headed by executive Amanda and professor Clay, as they head out for a pragmatically priced vacation in a secluded Airbnb rental in Long Island.

Already on the fringes of their cell phone's data capability and any reliable GPS, the family loses access to the internet and TV during the second night of their stay. It is at this point that a strange knock on the door further destabilizes them. Amanda and Clay open the door to find a Black couple who claim to be the owners of the vacation home and are fleeing an enigmatic blackout in New York.

"From that moment, the book shifts from being a book about a family of four on vacation to being about a book about six people inside of a house, trying to figure out what's happening in the world outside," explained Alam.

This exploration on the dependence of technology is particularly jarring given our nearly complete online existence.

"I think that we've all kind of had that weird experience of the frustration of not being able to check your email, or that particular irritation of you're driving somewhere and you lose your GPS service, and then you're like, 'Well now I need to rely on logic or my own grasp of the geography of the world around me.' And you can find that muscle a little atrophied," said Alam.

Alam extrapolates this in the novel, particularly in the character of Clay, into our own feeling of usefulness and our own primal resourcefulness.

"There is something I want the reader to experience going into this book — a feeling of being destabilized by what the book ends up doing," said Alam.

To familiarize himself with the horror aspects of the novel, Alam studied the conventions of Stephen King, "Pet Cemetery" specifically. Additionally, he was inspired by Iain Reid's artful ability to use language to deliver the unexpected to the reader in his 2016 novel "I'm Thinking of Ending Things."

Unlike Reid's unreliable narrator in "Ending Things," Alam employs a perfectly executed omniscient narration throughout. He credits his editor for this stylistic approach and says the early drafts of the novel proved frustrating for the reader.

"So there's a sense of mystery over the book. Has there been a blackout? Has a war begun? Is this an event like 9/11?" he continues. "The voice of the book declines to clarify that, because I think ultimately that's not interesting. What's interesting is not what this undetermined event is. What's interesting is how these characters are responding to it."

This creates the intended impact of a haunting sense of dread for the characters in "Leave The World Behind" and a reflective experience for the reader.

"Leave The World Behind" has been optioned for a film adaptation by Sam Esmail, the director of "Mr. Robot" and "Homecoming," for Netflix, starring Denzel Washington and Julia Roberts.

Alam said he was honored by the adaptation, and seemingly relieved the project is now in someone else's hands.

"(Esmail) has a very defined aesthetic interest, and I think that this material spoke to him means a great deal to me. And I'm really excited to see what he does with it," said Alam.

"Leave The World Behind" is available now from Ecco.