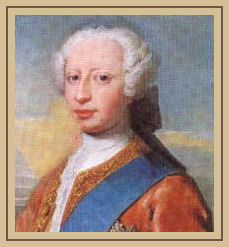 After being ruined by competition with Opera for the Nobility, a company founded by the unruly Frederick, Prince of Wales, Handel had finally begun to reverse his losses with his oratorio Alexander’s Feast, which had been a great success of 1736.

Frederick’s company had brought in celebrated singers, mostly Italian, to sabotage him, but Handel had the advantage of local talent, a nineteen-year-old tenor named John Beard. The words for the oratorio had come from the neighborhood, too, from the respected seventeenth-century poet John Dryden. Soprano Cecilia Young rounded out the homegrown success.

In the fight of the rival opera companies, Handel had the support of Frederick’s father, King George II. What could go wrong?

On April 27, 1736, the Prince of Wales was to marry sixteen-year-old Augusta of Saxe-Gotha, and a wedding anthem from Handel was inevitably part of the royal ceremonies. It was played so well that at the final chords from the organ, the Prince declared his approval to everyone at hand, although he didn’t pass his praise on to Handel.

The occasion inspired Handel to compose an even more ambitious work, the opera Atalanta, which had a sumptuous debut within two weeks of the wedding. The pastoral fantasy was so suffused with love and tenderness and the outdoors that the Prince began to reconsider his effort to break the composer.

He sent for Handel and made peace with him.

Then events took a strange twist. The King was still at odds with his wayward heir, and reasoned that any friend of the Prince’s was not worthy of royal support. He pulled his money out of Handel’s theater and stopped attending.

The high-living Prince settled down and became a devoted family man, and Handel went into solitude, eventually to struggle toward a new reputation as a composer of oratorios.