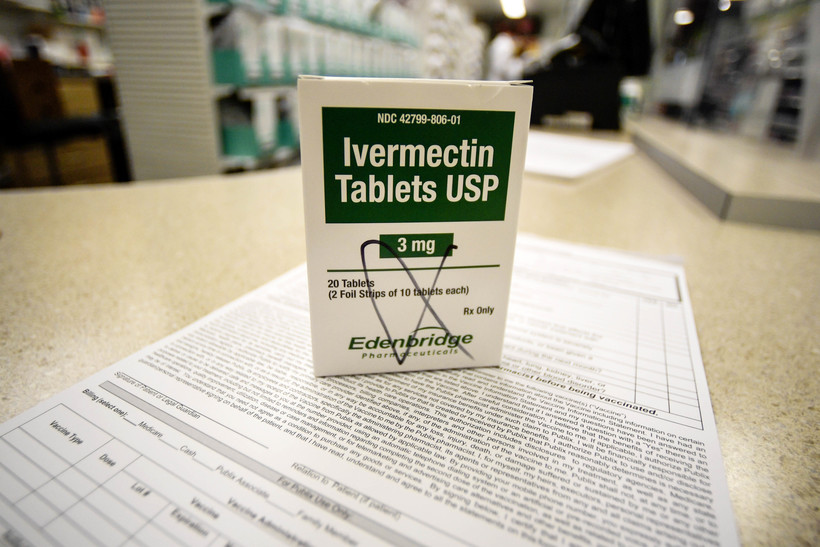 A box of ivermectin is shown in a pharmacy as pharmacists work in the background, Thursday, Sept. 9, 2021, in Georgia. Mike Stewart/AP Photo

Court: Hospital can't be compelled by family to treat COVID-19 patient with ivermectin

Studies have found the antiparasitic drug is not effective in treating COVID-19, but it's the subject of numerous lawsuits
By Rob Mentzer
Share:

A state appeals court ruled that a Wisconsin hospital was not required to treat a COVID-19 patient with ivermectin after a family member obtained a prescription for it from an outside doctor.

The antiparasitic drug is used to treat malaria and other diseases, and early in the pandemic some doctors saw it as a promising COVID treatment. It became a cause celebre among conservative politicians and commentators, including U.S. Sen. Ron Johnson, R-Oshkosh, who promoted its use while attacking COVID-19 vaccines.

But recent studies, including a large clinical trial with results published this month in the New England Journal of Medicine, have shown that the drug does not work to reduce COVID-19 patients' risk of hospitalization. The federal Food and Drug Administration advises against using it as a COVID-19 treatment, and when it was widely used last year as a home remedy for COVID-19 it resulted in a spike in reported poisonings in Wisconsin.

In the meantime, clinically effective treatments against the pandemic disease have emerged. The FDA has authorized two antiviral pills, Paxlovid and Remdesivir, that have been shown to help patients fight off the disease.

The case before the appeals court emerged before the approval of those effective drugs but after data had cast doubt on the effectiveness of ivermectin. The nephew of John Zingsheim, who in September was being treated for COVID-19 at Waukesha's Aurora Health Center, demanded Zingsheim be given the drug and found a doctor to write a prescription for it while Zingsheim was in the hospital on a ventilator.

The nephew, Allen Gahl, said he searched online for an alternative treatment for Zingsheim because he was "losing hope for (Zingsheim's) survival," according to court documents.

But the hospital declined to administer the drug, citing medical evidence and the fact that the prescription came from a doctor who never saw or examined the patient and was "not credentialed ... to treat patients at Aurora." Aurora's position was that ivermectin "would be neither safe nor effective medical care" for Zingsheim.

The family sued the hospital, and in October won a judgment at the circuit court level. Aurora appealed, and this week won an appeals court ruling finding "there is no legal authority for the court's order compelling a private health care provider to administer a treatment that the provider, in its professional judgment, has determined to be below the standard of care."

A three-judge panel issued the ruling, with one judge dissenting. The family may choose to appeal the case to the state Supreme Court.

Zingsheim's current condition is not publicly available. In October, Aurora officials told a judge the patient's condition was improving under the hospital's treatment regimen.

The case is part of a broader movement of at least two dozen lawsuits in many states demanding patients' rights to use ivermectin over doctors' judgment. And the Wisconsin case, too, has a clear political valence. Johnson was among those who blasted a decision by the Supreme Court's decision to deny a request in October by the family to bypass the appeals court. And Karen Mueller, the attorney representing Zingsheim's nephew, is a Republican running for state attorney general. Two key issues she's running on are reversing the outcome of the 2020 presidential election and "investigating" Wisconsin hospitals that fail to treat COVID-19 patients with ivermectin.