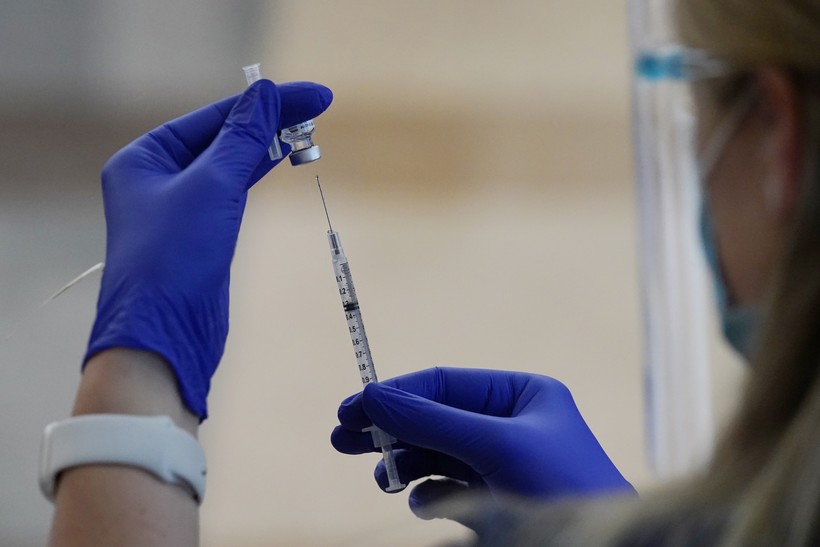 Even as the coronavirus vaccine begins to roll out across the nation, health care providers say basic COVID-19 precautions like wearing masks, social distancing and getting tested will be necessary for months to come.

Dr. John Raymond, president and CEO of the Medical College of Wisconsin, said the vaccines are very effective at preventing infection and also reduce symptoms if someone is infected, but there is no evidence yet showing that someone who gets the vaccine won’t still spread it to others.

"So, there may be a lot of people who receive the vaccine, actually get infected and feel fine, and they can be spreading the virus" Raymond said. "There haven’t been any studies showing that the vaccine provides sterile immunity."

Experts say basic public health precautions will be needed until at least 70 percent of people are vaccinated, which likely won't happen until summer at the earliest.

"We’re probably talking about wearing masks and social distancing through the summer, most likely," Raymond said.

On Friday, the U.S. Food and Drug Administration granted emergency use authorization to the COVID-19 vaccine developed by Pfizer and BioNTech, which the makers say was more than 90 percent effective in clinical trials.

Meanwhile, another vaccine from biotechnology firm Moderna, which the company said was 94.5 percent effective in preventing the disease, could receive emergency approval from the FDA on Dec. 17.

On Monday, vaccine shipments began to arrive in Wisconsin at designated regional hubs. The state Department of Health Services is initially prioritizing vaccinations for health care workers at hospitals and clinics. The general population could begin receiving the vaccine in months to come.

Dr. Tito Izard, president and CEO of Milwaukee Health Services, said there are still a lot of unknowns with the vaccine, including if it will prevent death or prevent a person from being contagious with the virus.

"What it does is reduces a person's symptomatology," Izard said. "The vaccination is specifically trying to address the reduction in illness and the long-term goal is to reduce death. But that has not been proven yet."

Izard said that besides needing herd immunity of about 70 percent of people vaccinated, clinicians still don’t know how long the vaccine will last. It could need to be taken seasonally, Izard said.

"I think with everyone’s irrational exuberance of the presence of the vaccine being here, right now the studies right now have been for two months," Izard said. "The studies will have to continue to see how well did the original people who participated in the study have vaccine protection."

Getting to sufficient levels of immunity could also be difficult in certain communities.

Raymond said communities of color often have a significant distrust of the medical establishment, but could also potentially stand to benefit the most from a vaccine because they've been some of the hardest hit during the pandemic.

Raymond called for additional outreach to communities of color.

"What’s most important is that you have health care providers, preferably, who are Black and brown people, who can speak with authority, who really care and really understand the community," Raymond said.

About 85 percent of patients at Milwaukee Health Services are Black. Izard said most of his patients are in a "waiting" stage.

"Information is just starting to come out regarding what this actually is," he said. "We do know that in underrepresented communities there is a lot more concerns regarding vaccines and government, so there is going to be some additional resistance. But a lot who are hesitant today, maybe more receptive come late spring."