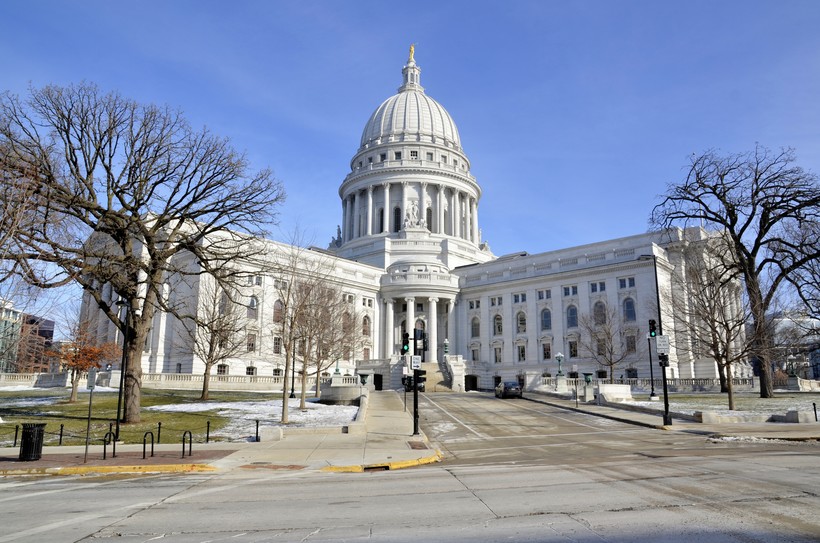 A conservative group has asked a judge to hold members of the Wisconsin Elections Commission in contempt of court, arguing the panel defied the judge's order to immediately remove more than 200,000 names from Wisconsin's voter list.

The Wisconsin Institute for Law and Liberty filed a contempt motion Thursday with Ozaukee County Judge Paul Malloy who ordered the state to remove the names on Dec. 13. The motion calls for Malloy to fine members of the commission up to $2,000 for each day they don't comply.

The Elections Commission met twice after Malloy's ruling, first on Dec. 16 and a second time on Dec. 30. At each meeting, commissioners deadlocked 3-3 on how to address the case.

GOP lawmakers and former Republican Gov. Scott Walker created the Elections Commission in 2015 to replace the now-defunct Government Accountability Board. The GAB was run by six former judges, and while it was designed to be nonpartisan, Republicans argued that the agency's role in an investigation of Walker's campaign showed that it was biased against the GOP.

They created the Elections Commission with an even split between Republican and Democratic appointees, meaning a bipartisan vote is required to get anything done.

That hasn't happened over the past month. At both of the commission's meetings, the panel's three Republicans have voted to purge the state's voting list while the three Democrats have voted to wait. Democrats argue that it's premature to address Malloy's ruling because the issue will be decided once and for all by a higher court, like a state appeals court or the Wisconsin Supreme Court.

WILL, the conservative group that filed the lawsuit, said Thursday that the commission has no excuse for waiting to act.

"Court orders are not optional," said WILL President Rick Esenberg in a written statement. "It is astonishing to observe the Wisconsin Elections Commission act as if they are. Despite the wishes of some, Judge Malloy’s order has not been stayed and must be enforced."

A spokesman for the Elections Commission had no comment on the filing. WILL said it planned to present the motion to Malloy at a motion hearing on Jan. 13.

There's a chance the case will take other legal twists before then. The Wisconsin Department of Justice, led by Democratic Attorney General Josh Kaul, filed an appeal on behalf of the Elections Commission last month. The DOJ asked the Court of Appeals to stay Malloy's motion, but so far, it has declined to do so.

WILL also filed a motion with the Wisconsin Supreme Court asking justices there to take the appeal directly. The Supreme Court set a deadline of Friday for the state to respond to the request.

Wisconsin's voter purge case is receiving national attention because of the state's likely pivotal role in the 2020 election. The 2016 presidential election, the 2018 gubernatorial election and the 2019 Supreme Court election were all decided by around 1 percentage point, and recent polling suggests the Wisconsin electorate is similarly divided headed into this year.

Part of the reason the Wisconsin Elections Commission decided not to immediately purge Wisconsin's voter list earlier this year is that the ERIC system had problems in 2017, mistakenly removing some names from the state's voter rolls even though they had not moved.