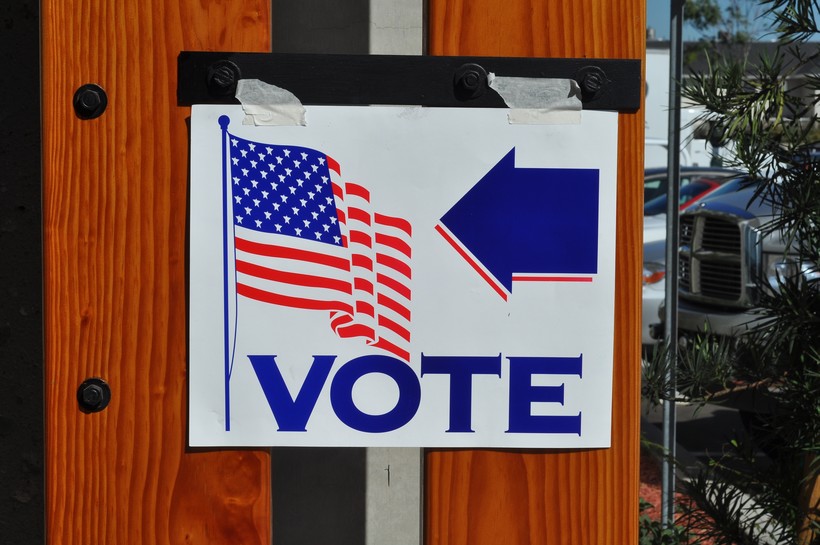 Elections Panel Split On Next Steps After Voter Purge Ruling

A Judge's Ruling Friday Could Remove Hundreds Of Thousands Of Voters From The Rolls
By Shawn Johnson
Share:

The Wisconsin Elections Commission deadlocked Monday on how to address a judge's ruling ordering the state to remove up to 234,000 people from the voting rolls.

Members of the commission, which is divided evenly between Democratic and Republican appointees, voted 3-3 on multiple motions aimed at addressing the ruling. The tie votes mean the state won't take any action for now.

Ozaukee County Circuit Court Judge Paul Malloy issued his ruling from the bench on Friday. It's expected to be appealed.

Malloy sided with plaintiffs in a lawsuit filed by the conservative Wisconsin Institute for Law and Liberty, known as WILL. They argued that the Wisconsin Elections Commission was violating state law by not removing thousands of people from voting rolls who were suspected to have moved.

The voters were flagged by what's known as the Electronic Registration Information Center (ERIC), a nonprofit, multi-state system that helps member states keep their voter registration lists current. ERIC identifies individuals who may have changed addresses after they file official government paperwork with a new address, like a vehicle registration or change of address form.

After receiving a notification from ERIC, the state sends a postcard to the address where the potential mover is registered to vote and asks them to confirm whether they still live there.

If the state doesn't hear back from voters, WILL's lawsuit argued that Wisconsin law requires them to be immediately removed from voting rolls, and Malloy agreed.

Staff at the Elections Commission had argued that state law gives them discretion on whether to immediately rescind a voter's registration. They argued that discretion was necessary given the state's previous experiences in 2017 when voters who had not moved were tossed off the rolls.

Under the original Elections Commission plan which was rejected in court, the state would have reached out to voters with mailings to get them to update their addresses. But it would have waited to remove people from voter rolls until after the April 2021 spring election.

On Monday, the three commissioners appointed by Democrats argued that it was best to take a wait-and-see approach as the case proceeds rather than take action immediately based on the circuit court's Friday order.

"We know that there's going to be an appeal," said Elections Commissioner Mark Thomsen, a Democratic appointee. "The law isn't the law until the Court of Appeals says what it is."

The commission voted 3-3 on a Republican motion that would have required the state to purge voter rolls seven days after Malloy issues his written ruling. Motions need at least a 4-2 vote to pass.

But Bob Spindell, a Republican appointee to the Elections Commission, said the law, and the judge's order were clear.

"This is really, unfortunately, a Republican-Democratic issue," Spindell said. "The Republicans believe to have clean rolls. The Democrats like to have lots of people on the rolls."

While people don't register to vote by political party in Wisconsin, many of the places that would be disproportionately affected by Malloy's rulings are cities that tend to vote Democratic, according to an analysis by the Milwaukee Journal-Sentinel.

The case is being closely watched because of Wisconsin's potentially pivotal role in the 2020 election and its recent history of close finishes.