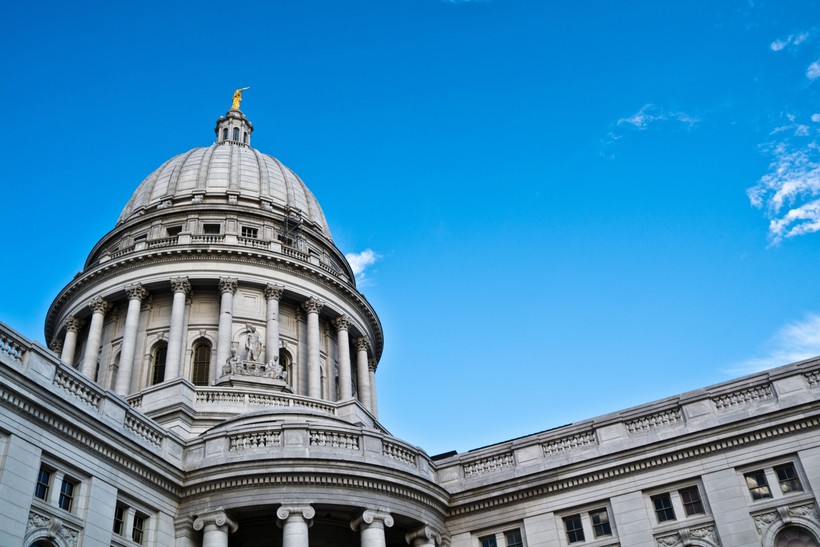 A Judge's Ruling Friday Could Remove Hundreds Of Thousands Of People From Voting Rolls
By Shawn Johnson
Share:

Opponents of a ruling that could remove up to 234,000 names from Wisconsin's voter rolls fought on multiple fronts Tuesday, challenging the original order in a state court of appeals and filing a new lawsuit to try and block it in federal court.

Both moves underscore the importance of the latest voting fight in Wisconsin, which is being closely watched because of its potentially pivotal role in the 2020 election.

Malloy ruled in favor of plaintiffs in a lawsuit filed by the conservative Wisconsin Institute for Law and Liberty, known as WILL. They argued that the Wisconsin Elections Commission was violating state law by not removing thousands of people from voting rolls who were suspected to have moved.

The voters were flagged by what's known as the Electronic Registration Information Center (ERIC), a nonprofit, multi-state system that helps member states keep their voter registration lists current. ERIC identifies individuals who may have changed addresses after they file official government paperwork with a new address, like a vehicle registration or change of address form.

After receiving a notification from ERIC, the state sends a postcard to the address where the potential mover is registered to vote and asks them to confirm whether they still live there.

If the state doesn't hear back from voters, WILL's lawsuit argued that Wisconsin law requires them to be immediately removed from voting rolls, and Malloy agreed.

The Elections Commission argued that state law gives it discretion on whether to immediately rescind a voter's registration. It said that discretion was necessary given the state's previous experiences with the ERIC system in 2017, when voters who had not moved were mistakenly tossed off the rolls.

The Elections Commission sent out letters to voters suspected of moving in October to get them to update their addresses. But the commission did not plan to remove people from voting rolls until after the April 2021 spring election.

Malloy ruled that was a violation of the law, which set off Tuesday's court filings.

The League of Women Voters, which had initially attempted to intervene in the voter purge case in state court, was blocked by Malloy. In its complaint filed in federal court Tuesday, the group urged the U.S. District Court for the Western District of Wisconsin to take jurisdiction over the case.

"Many voters in this subset will show up at the polls without documentary proof of residence required to register to vote, on the government-induced belief that they need not re-register in order to vote at their usual polling place," the group argued in its complaint.

Also Tuesday, the Wisconsin Department of Justice, which is led by Democratic Attorney General Josh Kaul, filed its notice of appeal. It's seeking an appeal in the District 4 Court of Appeals which covers a 24-county region and is based in Madison. District 4 does not include Ozaukee County, where the case originated.

WILL issued a statement Tuesday saying it was confident it would prevail in the case.

Wisconsin's Elections Commission met Monday to discuss Malloy's ruling, but they didn't take any action, saying the matter would need to be decided by a higher court.