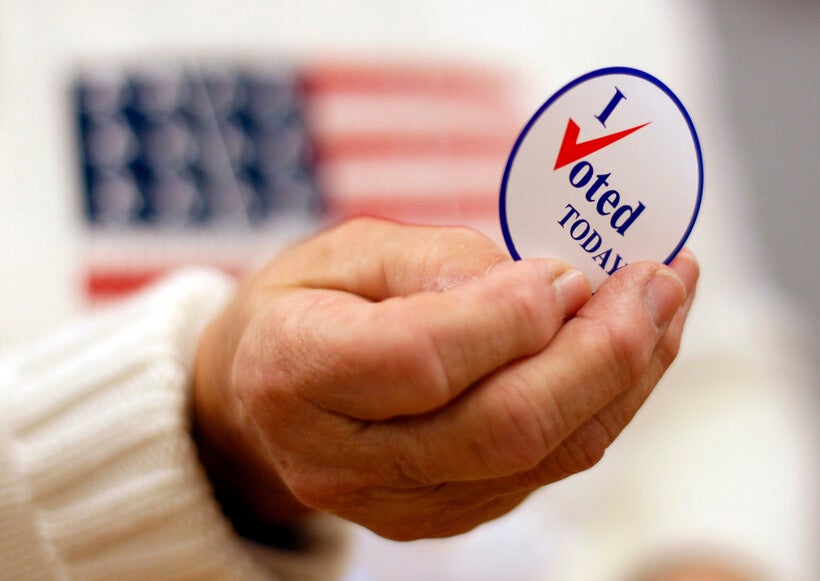 A sticker is handed to a voter on Election Day, Tuesday, Nov. 2, 2010, in Waterville, Maine. Robert F. Bukaty/AP Photo

Judge: 234K Voter Registrations Should Be Tossed In Wisconsin

A Wisconsin judge has ordered that the registrations of up to 234,000 voters be tossed because they may have moved.

It's a victory for conservatives that could make it more difficult for people to vote next year in the key swing state.

The judge sided with three voters represented by a conservative law firm who argued the state elections commission should have immediately deactivated any of the roughly 234,000 voters who didn't respond to an October mailing within 30 days.