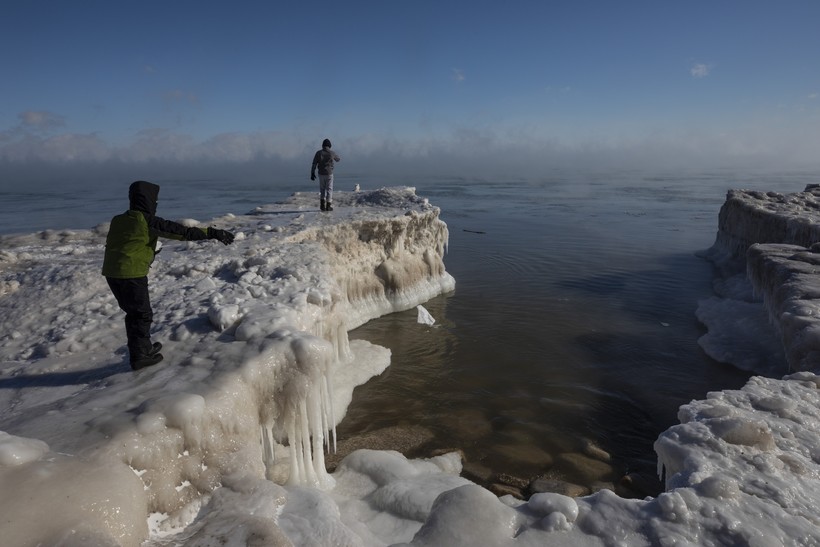 Congress Extends Funding For Clean Up Efforts On The Great Lakes

Efforts to restore and protect the Great Lakes will continue under a bipartisan bill to extend funding for the Great Lakes Restoration Initiative (GLRI). The program has invested $2.7 billion into cleaning up toxic hotspots and restoring habitats on the Great Lakes.

The U.S. Senate voted unanimously on Sunday to authorize funding for another five years. The bill now heads to President Donald Trump for his signature.

Congress authorized funding for GLRI to grow each year from $300 million to $475 million by 2026. While funding has been authorized, lawmakers would still need to approve funding each year.

Laura Rubin, director of the Healing Our Waters-Great Lakes Coalition, said the authorization and expansion of funding is a huge boost to restoration and protection along the Great Lakes.

"What's nice about (GLRI) is that it goes to many things. It cleans up a lot of our contaminated sites: Milwaukee, Green Bay, our harbors and our cities," said Rubin. "But, it's also preventing our nutrients from farm runoff from reaching our rivers and, in Green Bay, causing algal blooms."

The Obama-era program has funded more than 5,400 projects and received bipartisan support from congressional lawmakers despite past proposals from Trump to drastically cut funding. In Wisconsin, the program has devoted more than $447 million to more than 750 projects over the last decade.

Those projects include efforts to clean up the state's five polluted hotspots known as Areas of Concern, which are considered the most contaminated sites on the Great Lakes. This summer, federal and state regulators announced the completion of cleanup activities on the lower Menominee River.

Those cleanup efforts would not have taken place without support from the program, according to Steve Galarneau, director of the Office of Great Waters within the Wisconsin Department of Natural Resources.

"The importance this kind of work is to these communities, I don't think can be overstated because you've gone from being listed as one of the areas that has the most polluted area to this partnership, where you've got all this environmental cleanup, habitat projects, and you just see the community turning back to the river," said Galarneau.

The federal money will support new projects in the state like efforts to protect around 1,000 acres of coastal habitat from invasive species in Wisconsin's Door Peninsula and northeastern Wisconsin. The Great Lakes Restoration Initiative is also funding work that's ongoing to clean up polluted sites from Milwaukee to Superior.

The St. Louis River is among the state's five polluted hotspots. The Lake Superior National Estuarine Research Reserve is one of 29 sites designated for long-term research on coastal resources nationwide that's located where the river meets Lake Superior. The reserve partners with local, state, federal and tribal agencies in efforts to clean up contamination and restore habitats along the river.

Deanna Erickson, the reserve's director, said the authorization of funding allows partners to prepare for the work that lies ahead.

"These are big projects. They take multiple years to get done, and planning is a ton of work on these," said Erickson. "So, if you know that funding is going to be available for these legacy cleanups, that means that you have the freedom to keep moving forward year to year instead of having to seek funding every year."

Erickson said a target has been set to finish cleanup and restoration work by 2025, so they can begin the process of removing the river from the list of contaminated sites across the Great Lakes.

Cleanup activities on the Sheboygan River in southeastern Wisconsin have already been completed and monitoring is ongoing to determine whether that site may also be removed the list of polluted hotspots.

Environmental groups contend the program will also be vital on work to address a range of issues across the Great Lakes, including threats from climate change, invasive species and harmful algal blooms.

"We need to find ways to better protect the shoreline, look to natural systems," said Learner. "We're seeing much more extreme weather events leading to water levels — mostly much higher, occasionally lower. We need to do a lot of work in terms of climate resilience and protecting our shoreline infrastructure."

He also highlighted the need to keep invasive species like Asian carp out of Lake Michigan, which threaten to harm the $7 billion fishing industry and $16 billion recreational boating industry on the Great Lakes.

Rubin with Healing Our Waters said GLRI funding should be directed to communities that have often been most impacted by pollution.

"Communities of color and Indigenous communities and (low-income) communities are also needing funds just to have access to these resources," said Rubin. "And to improve the environment where these communities live."