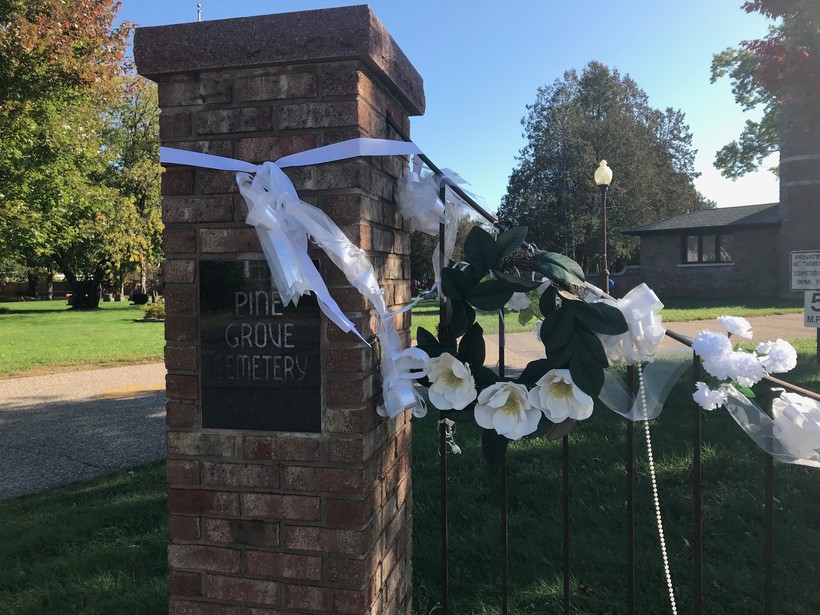 Flowers are displayed at the entrance to Wausau's Pine Grove Cemetery, where 52-year-old Patty Grimm was fatally shot on Oct. 3. Rob Mentzer/WPR

The man police say killed a 52-year-old woman and wounded two others in a Wausau cemetery had rigged his apartment with explosive devices and cut the gas line in the building's basement.

West, a disgruntled former employee of the cemetery, has been in custody at the Marathon County Jail since his arrest about 15 minutes after the Oct. 3 shooting. A Marathon County judge Friday afternoon ordered him held on a $10 million cash bond.

According to the criminal complaint, West had connected a toaster to a timer and placed it near containers of oil and gasoline at his apartment at Schofield's Lakeview Apartments. Separate court documents show West was in the midst of being evicted from the apartment, which is located less than 2 miles south of the cemetery. He had plugged in a pizza-cooking device and responders found the charred ashes from a burning wick on the floorboards next to a Lipton Iced Tea bottle filled with gasoline.

He succeeded in setting fire to an unattached garage and he also cut the building's natural gas line in the basement.

Responders smelled gas and evacuated the building immediately. No one was hurt in the fire.

"The amount of natural gas in (the apartment), if combusted, would have created a large explosion killing or injuring several to hundreds of people," the complaint states.

According to court documents, West rode his bicycle from the apartment to the cemetery, where he shot three people. 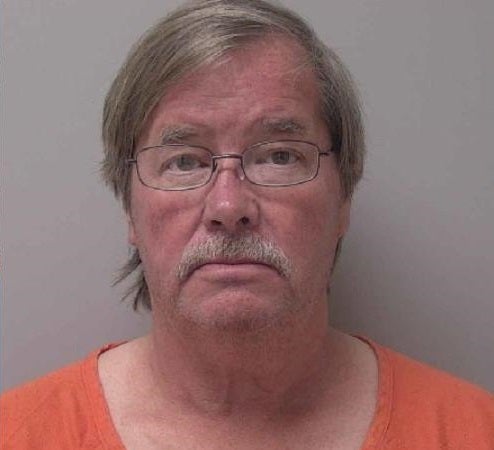 Grimm died at the scene of the shooting, which happened around 8:30 a.m. According to the criminal complaint, he shot her six times while she was in the Pine Grove office.

He made statements to police blaming her for firing him from his job with the cemetery in 2012. The manager of his apartment buildings told police West had threatened to kill Grimm about three years before. The apartment manager also said that "approximately one week ago West made the comment ... that once the eviction process is finalized, West is going to make the news big-time."

There is no evidence that the apartment manager reported these comments before the day of the shooting.

The two wounded at the cemetery were Rosemelia Short, 70, and William Buhse. Buhse was a cemetery employee. Short was an employee's mother who had just dropped her son off at work.

According to the criminal complaint, West shot Buhse four times; three times in the shoulder and ones in the face, causing significant brain injury.

Short, who was shot in the breast as she was in her car leaving the cemetery, has been released from the hospital.

According to a GoFundMe page maintained by one of Buhse’s daughters, he has faced challenges and has remained under sedation at the hospital. In the most recent post, dated Tuesday, daughter Darcie Burtch wrote that doctors were going to be "slowing the sedation to see if we can get a brain scan to see activity."

The GoFundMe page said Buhse is the father of nine children.

The handgun West is said to have used was recovered in the grass nearby when he was arrested. He claimed to be suffering from health problems.

When police asked him where he lived, he told them his address and said, "I'm not thinking it's around anymore."

He later expressed frustration when he learned that the apartment had not exploded.

"Best laid plans," he said at the police station, according to the complaint. "My apartment is intact. That sucks."

Editor's note: This story has been updated to include information from the court hearing and the criminal complaint.