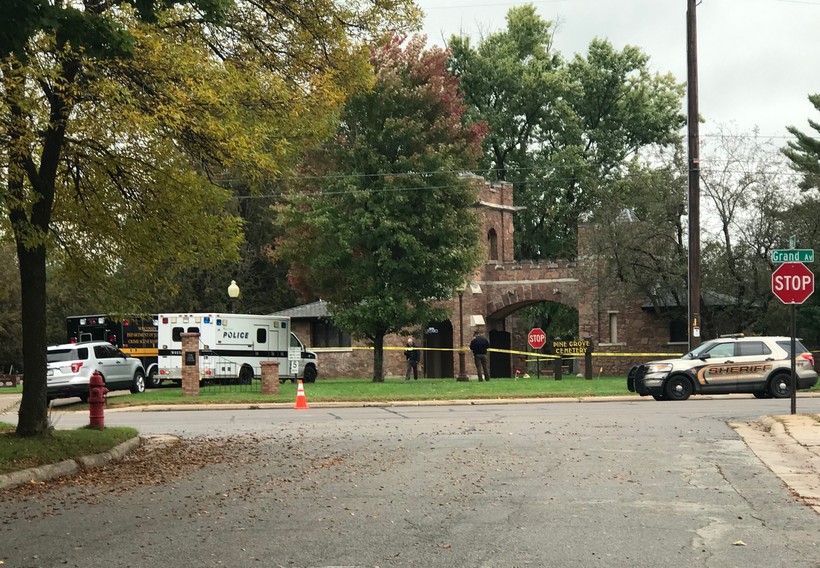 Law enforcement vehicles and police tape are visible at the site of a shooting near Wausau's Pine Grove Cemetery on Thursday morning, Oct. 3, 2019. Rob Mentzer/WPR

One person was killed and two were wounded in a shooting Thursday morning at a Wausau cemetery.

Police say they have arrested the suspected shooter.

At a 2 p.m. press conference in Wausau, police said one person was found dead on the scene from the shooting at Pine Grove Cemetery on the city's southeast side. Two other victims were injured and taken to a nearby hospital. Police did not release information about their condition.

The suspected shooter was a former Pine Grove employee, police said. The victims are employees of the cemetery or family members of employees, said Wausau Police Chief Ben Bliven.

Chief Clay Schulz of the Everest Metro Police Department said investigators believe the suspect is also linked to a suspicious fire that broke out Thursday at the suspect's apartment building in Schofield. In investigating that fire, they called in a bomb squad vehicle and evacuated other residents of the apartment building as a safety measure, Schulz said.

Police have search warrants for the suspect's apartment and expect to execute those warrants Thursday, Schulz said.

Bliven said police would not release further information until Friday morning. The suspect is expected to make an initial appearance in court Friday.

On Thursday, all entrances to the cemetery were closed with yellow police tape, and for much of the day a lane of traffic on Grand Avenue going by the cemetery was closed by police. Witnesses in the area said they heard multiple gunshots around 8:30 a.m. Thursday.

Rick Schultz of Wausau lives nearby. He said he was outside with his dog when he heard the shots. He was especially concerned, he said, about the fate of a friend who works at the cemetery.

At the Schofield apartment complex, which is just off Grand Avenue less than two miles south of the cemetery, the street was blocked off at 1 p.m., and a Marathon County Bomb Squad vehicle was parked there along with other fire and police vehicles. 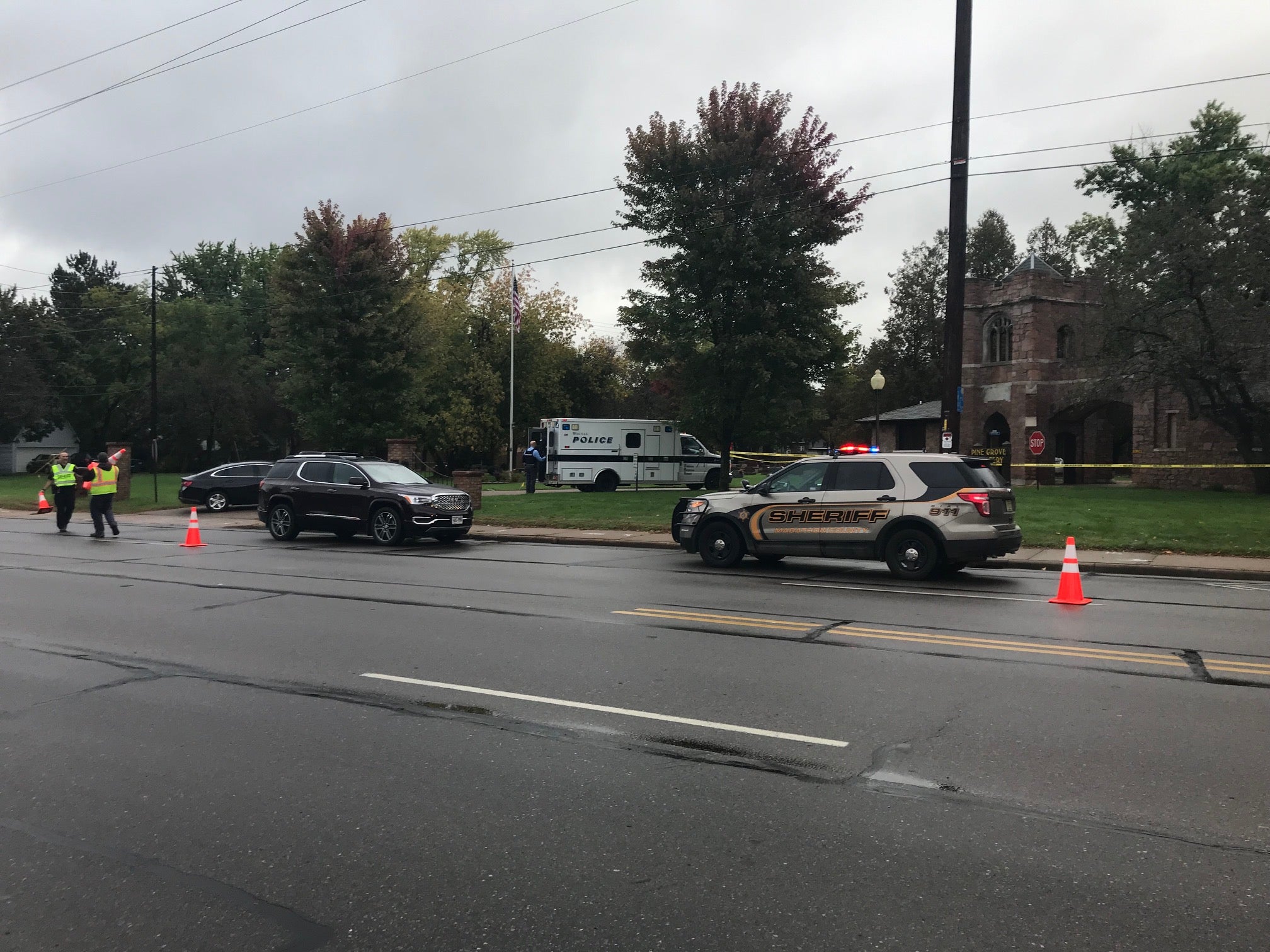 Investigators worked at the scene of a shooting at Pine Grove Cemetery in Wausau on Thursday, October 3, 2019. Rob Mentzer/WPR

An employee of a business near Pine Grove Cemetery said he had heard the gunshots and saw a man, believed to be the suspect based on police reports, jump on a bike and ride through the cemetery, heading east.

At the press conference, police said the investigation is still developing. They asked the public to stay away from both scenes, and to come forward with any additional information that might add to the investigation.

Bliven called the shooting "a significant tragedy in our community. ... We want to acknowledge the victims in this case and their families. Our thoughts and prayers are with them, and ... what we can assure the victims and our community is that we will do everything in our power to bring (the shooter) to justice."

Editor's note: The headline of this story has been corrected to say Pine Grove Cemetery instead of Pine Ridge Cemetery.