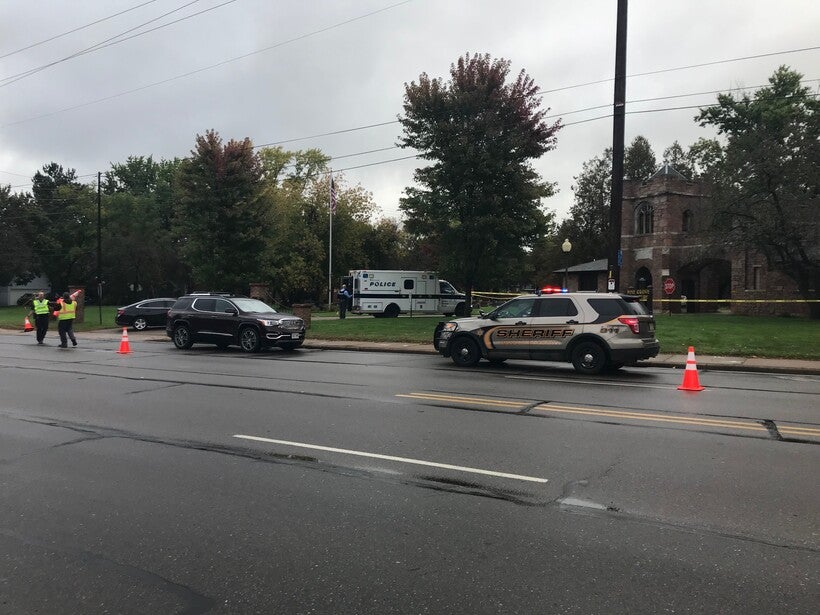 Investigators worked at the scene of a shooting at Pine Grove Cemetery in Wausau on Thursday, October 3, 2019. Rob Mentzer/WPR

The victim killed on Thursday in a shooting at Wausau's Pine Grove Cemetery was a 52-year-old Wausau woman, police said Friday afternoon.

Three people were shot in the attack by a former cemetery employee who left the job in 2012. Wausau police said in a release that he "did not leave employment on his own terms and was dissatisfied with Pine Grove Cemetery."

Officials said they wouldn't release the victims' names on Friday. They have said that the victims were employees of the cemetery or their relatives.

The suspect in the shooting, Henry V. West, is a 64-year-old Schofield resident. He appeared in court Friday. Police have recommended he face one charge of first-degree intentional homicide and two charges of attempted homicide, and additional charges may be added.

The shooting at the cemetery happened around 8:30 a.m. Thursday. About 15 minutes before that, a fire broke out at Schofield's Lakeview Apartments, where West lived. Police on Thursday said the incidents were related, and they called in the bomb squad and investigators from multiple departments on Thursday, and evacuated the building during the investigation. With a search warrant, police searched West's apartment Thursday night.

According to court records, West was in the process of being evicted from the apartment. On Tuesday, a judge had made an eviction order. Court records list West as owing $1,351.25, most of it to JKO Management LLC, which owns the complex.

Officials said a handgun used in the shooting was recovered at the cemetery.

Police on Friday said their investigation is ongoing.

"There will be more search warrants executed, witnesses interviewed, and evidence processed," said Wausau Chief Ben Bliven. "Most importantly, the Wausau Police Department team will continue to support those who have been profoundly impacted by this terrible event yesterday. Our thoughts, prayers and continued dedication on this case will be for the victims and others impacted."

Police also released a statement from the Wausau Cemetery Association Board of Directors.

"We cannot adequately express the grief we feel over the events of yesterday," the board wrote. "We grieve for the families involved, and hope and pray that those who were wounded have a full recovery. We extend our profound sympathies to all of the families involved."