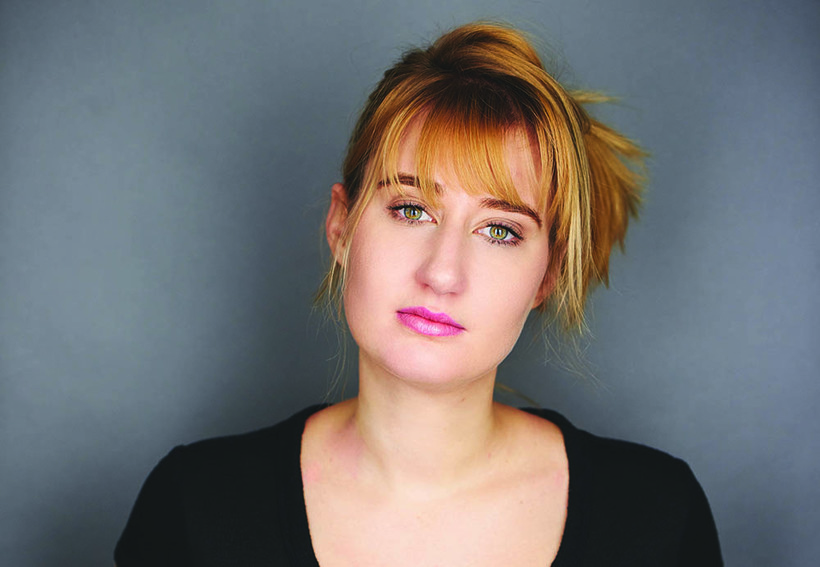 To kill her boredom while working as a data scientist at a financial tech startup in San Francisco, Ginny Hogan decided to take a stand-up comedy class.

"I really just thought it was going to entertain me for a few months or so while I was bored at work, but I got very hooked on it," the comedian and satire writer told WPR’s "BETA."

There’s an old adage in comedy that you shouldn’t quit your day job, but that’s exactly what Hogan ended up doing. After getting hooked on stand-up, Hogan explored other outlets for her comedy including her lifelong passion for writing.

"I think I was pretty into the art of speaking as a teenager. I was very into my high school speech team and I liked the idea of trying to write something that was as condensed as possible which I feel is a lot of humor writing," she said.

Hogan began writing freelance satirical pieces and shopping them out to publications. It turns out her instinct to leave her tech job was a good one. McSweeney’s published her first submission. She may not have been aware of how big of a deal that was at the time, but Hogan quips that her numerous rejections from McSweeney’s since have put that milestone into perspective.

"If not for that piece (being published) I probably wouldn’t have decided that satire was a good route to go down," she says.

In 2018, Hogan published the "Examples Of Toxic Femininity In The Workplace" in The New Yorker Daily Shouts. The piece would go viral and end up on the zine’s prestigious year-end best of list.

"It was at the beginning of the 'Me Too' movement and everyone was talking about toxic masculinity, so I made a reference to toxic femininity in conversation with a friend and then I thought maybe I could try to heighten it and turn it into a satire piece," Hogan said.

The piece imagined office scenarios freed from toxic masculinity that still somehow end up hilariously in disaster. Hogan culled a lot of the material from her own experiences at the male-dominated tech companies she was familiar with.

Hogan’s favorite joke from the piece is actually from a real life experience.

"Jessica begins speaking, and no one speaks over her. She didn’t actually have an ending to her presentation prepared, because she expected to be interrupted. She is mortified."

"I was on this team," Hogan said, "where it was basically like 20 men and me and I was so used to no one even listening if I were to try and talk in meetings that I just basically stopped paying attention and there was one time where the CTO turned and asked me directly what I thought. It was after two years with this company and I had been paying no attention at all."

Hogan has now expanded this concept with her recently released humor book, "Toxic Femininity in the Workplace."

"I had many ideas for separate pieces that could be in a book like this," she said. "So we decided on doing a humor book of short satirical pieces for women in the workplace."

Hogan sprinkles in humorous quizzes ("Do You Look Alike, Or Are You The Only Two Women Who Work Here?") and illustrations among her many workplace essays including: her riff on the popular children’s "If You Give" book series, "If You Give A Man A Compliment On His Mediocre Job Performance."

"I think it’s really very fun to satirize children’s books because they’re a pretty common reference. It feels like a lot of people will know the same one more so than books for adults," Hogan said.

While "Toxic Femininity" is a work of satire, Hogan is shedding some light on some dark truths about the obstacles women face. She said that while the book does lean on her experiences in tech and start-up atmospheres, she feels it can be universally relatable to women.

"I think it will appeal to women in the workplace generally because basically anything that is workplace specific to tech, I think is also something women in all fields would definitely relate to," she said.

Hogan is also a force on Twitter where she can workshop jokes or sharpen satire ideas. She also said that it helped her forge the confidence to discuss any topic, no matter how personal.

I pay my shrink over $100/session, so you better believe I tried to sell him my book