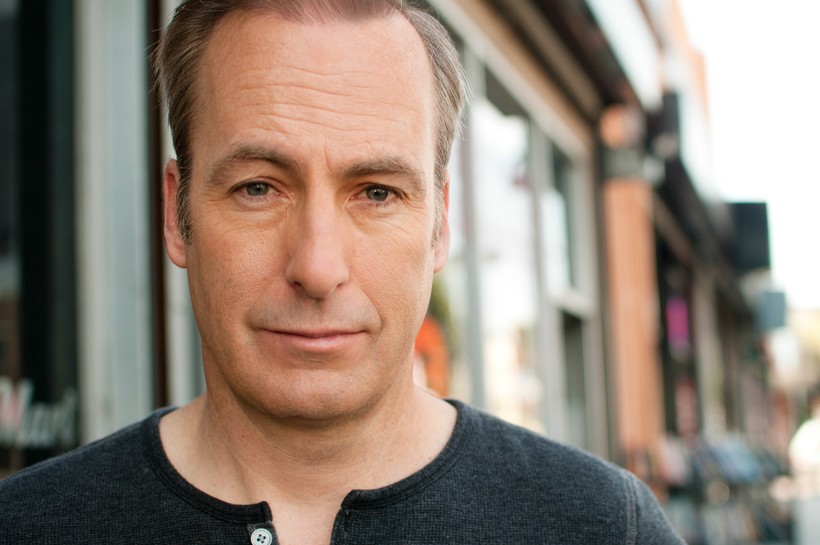 Bob Odenkirk has enjoyed a chameleonesque career. He was a writer for "Saturday Night Live" and "The Ben Stiller Show." He went on to co-create and co-star in the groundbreaking HBO sketch comedy series, "Mr. Show with Bob and David."

After proving that he could easily make people laugh, he transformed into a solid dramatic actor as James Morgan "Jimmy" McGill (alias the amoral lawyer Saul Goodman) on what critics consider to be one of the greatest TV series of all time, "Breaking Bad." Odenkirk then went on to star in the show's spin-off and prequel "Better Call Saul." Most recently, he's morphed into an action movie hero in "Nobody."

"I'd been at Second City (in Chicago) doing a one-man show in the ETC Theater thanks to the kindness and generosity of Joyce Sloan, a famous den mother of Second City," Odenkirk said.

This one-man show was called "Half My Face is a Clown." Odenkirk co-wrote the script for an Eric Bogosian/Bob Newhart mashup he'd always wanted to do. Odenkirk performed the show in the summer of 1989 and it received a good review from "The Chicago Tribune." He was already working as a writer for SNL.

"Chris Farley was invited in (to Second City Chicago) also abruptly, not really going through the program, but he was so funny, so undeniable," Odenkirk said. "And then one night he was improvising, playing a coach, and we were doing an anti-drug improvised speech to a bunch of high schoolers. And that character, the way he moved, the things he talked about, it just stuck in my head."

"And I went home and that night sat alone and wrote on a legal pad, the sketch, 'The Motivational Speaker,' and I'd probably written a couple thousand sketches in my life and only a few of them, did I write exactly the way they were played," he continued.

Odenkirk won an Emmy for his work on SNL and "The Ben Stiller Show" but he really came into his own when he joined forces with David Cross to create the HBO sketch comedy series "Mr. Show with Bob and David" which debuted on HBO in 1995.

The two became a perfect pair. Odenkirk referred to Cross as "a troublesome, angry, anarchic, very funny, very smart person who also wanted to make a sketch show with all the same attributes that I was after — kind of mixing in absurdity, moving from one sketch to the other without breaking, without stopping down, and a kind of an angry kind of social commentary."

Together Cross and Odenkirk found a "clarity in the writing and in a kind of a smartness and a surprising quality so that the sketch didn't get dragged down into a repetitive beat."

In January 2009, Odenkirk got a call from his agent. The agent pitched him a role as a lawyer for a TV drama series called "Breaking Bad."

"Not many people had seen 'Breaking Bad.' This was the second season just starting actually halfway through shooting. The first season was cut short by a writer's strike. It was only seven episodes long and very few people had seen it. And I called my friend. I said, 'What do you know about the show 'Breaking Bad'?' And he said, 'That is the best show on TV. I love it. Oh my God, you have to do that role.'"

Odenkirk says the role was described to him by the show's co-creator Vince Gilligan as "a sleazy bus stop bench ad lawyer."

As Odenkirk read his first "Breaking Bad" script, he said he had an epiphany.

"This is an opportunity to act, to not just do a performance that is kind of half me, half comic character, but to really lose myself in a person written by someone else that I don't really know," Odenkirk said.

"So I was just about to make another note and, you know, thinking about making the phone call and saying, 'Hey, guys, I got some ideas.' And I thought, you know what? I don't think a real actor does this. I think a real actor does the script as written. I think they learn the lines. And it occurred to me quickly that because Saul is scripted ... It would just make it a more unique person to play if he was literally speaking in cadences and terminology that I would never use."

"Breaking Bad" wrapped production in 2013. Several months later, the show's creators Gilligan and Peter Gould pitched the spin-off "Better Call Saul" to Odenkirk at the Chateau Marmont in West Hollywood. Odenkirk told them they would have to make Saul's character more likable for the series to be successful.

"What I love about playing Jimmy/Saul/Gene Takovic (when he's in hiding in the Cinnabon) is I do think we all have some version of that. We have some version of the public persona. Maybe we're a little more strong-willed, we throw our opinion around a little louder. Then there's the family version of ourselves where we're talking to our spouse and maybe our kids," he said. "And then there's the version where you're alone, and we see that somewhat too in 'Better Call Saul.' And when you're alone, you're yet another version of yourself. And maybe that's the place where you most are vulnerable and you feel your self-doubt."

Most recently, Odenkirk has reinvented himself as an action hero in the movie, "Nobody." He said he's tickled by the idea that was able to pull it off.

"It's so crazy that I would do an unironic, vengeance-filled, anger-filled action movie."

One of the inspirations for making "Nobody" were two break-ins that his family experienced.

"That was very traumatic for us. And I was left with a lot of feelings of anger that didn't go away for a long time," he said. "And I thought I could use those feelings to power this performance. It was a real challenge and in so many ways. And I wanted that challenge and I also thought it would never get made."

The tagline for "Nobody" is "Never underestimate a nobody." And we'd like to add another tagline: "NEVER UNDERESTIMATE BOB ODENKIRK."