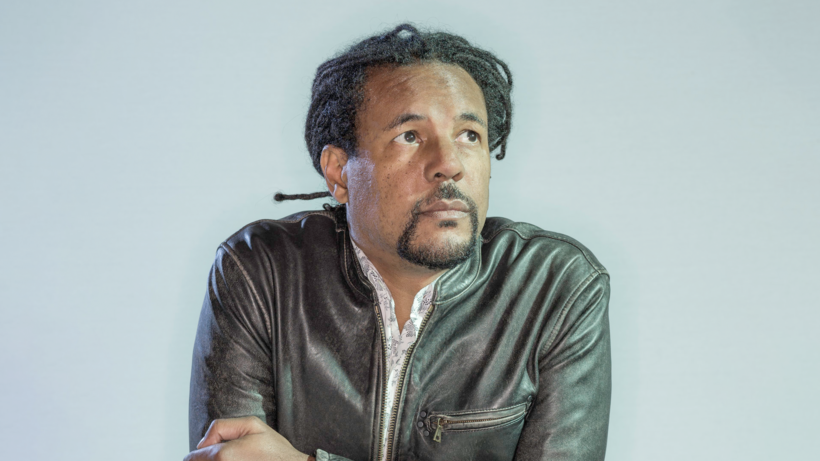 A few years ago, Colson Whitehead was another well-regarded mid-career writer, admired for his innovative, genre-bending novels. Then it all changed. He won the National Book Award and Pulitzer Prize for "The Underground Railroad" and, remarkably, landed another Pulitzer for his next novel, "The Nickel Boys."

And now? He’s on top of the cultural world.

"The Underground Railroad" has been adapted for a 10-hour Amazon series, and it’s getting rave reviews. The New York Times calls it "transfixing" and "perhaps the most widely anticipated television series about slavery since 'Roots’ debuted in 1977."

In Whitehead’s reimagined alternative history, the underground railroad is an actual train system, with locomotives and conductors. And the main character, Cora, is an escaped slave who sets out on an epic journey of survival and liberation.

Steve Paulson: So, Cora, your main character, is a third-generation slave, and until she escapes when she's 15, she has never known any kind of life except that brutal life on the plantation that she's lived on. How would you describe her?

Colson Whitehead: She's been described to me as a badass, which I find endearing. But her mother, Mabel, has run away years before, and she exists on the plantation as a stray, someone with no family, and is forced to fend for herself. It takes a unique personality to contemplate being able to leave the plantation, a certain kind of bravery and strength that I'm not sure I would have had if I was in her place 150 years ago. So just being able to run from the plantation and aim herself north towards the moon, she's a formidable personality.

SP: And so this becomes a story of how Cora starts to gain some control over her own life. I mean, some sense of agency when she's had none. But just as she's sort of developing this internal power, the forces all around her are closing in. Of course, there is the racism of the 19th century and especially the slave catchers who were chasing after her.

CW: I think a story of an escape from a plantation is an adventure story. In this case, I've come up with a different culture for every state that she moves through as she moves north. So North Carolina has a personality, South Carolina, Georgia.

SP: What was the idea for that, that you created these fictional cultures for each state?

CW: Well, you know, I had the idea to explore "What if the Underground Railroad was an actual railroad?" That sort of childish idea you have before you figure out how things work. And that's a premise, not much of a story. So to complicate it, I followed the example of "Gulliver's Travels," where each state is a new island where we can see a different aspect of America explored.

I had this idea many years ago. I came up with a white supremacist state, a Black separatist state, a state where slaves are freed and given jobs and housing and education, and these different cultures allowed me to critique different aspects of American history and talk about the changing concept of race in America.

SP: You've created your own alternative history. Obviously, you're very familiar with the real history of 19th century slavery, but you're tweaking it all over the place. Is that so you can sort of play with ideas in a more creative way?

CW: My idea was I was not going to stick to the facts, but I would stick to the truth. And so what is slavery about? And I think once I made the decision to make a literal train, I was free from a certain burden of realism. And I could mix and match different episodes of American history to tell a different story than the one America sort of tells itself.

SP: I would think writing about the slave experience would be awfully intimidating because there has been so much written about slavery, so much good writing, both fiction and history. Did you sort of wonder, could you say anything new? I mean, figure out a way into this?

CW: Well, that's always a problem. Sometimes when I work on a book, I want to go see how other people approach this, and sometimes I don't. But this time — you know, I hadn't read "Beloved" by Toni Morrison in like 25 years, or "The Known World" by Edward Jones in 12 years. And of course, I read 30 pages of "Beloved" and it was like, "I'm totally screwed. You can't beat Toni Morrison."

CW: But no matter what you're writing about, whether it's war or family or race, in all likelihood, someone smarter and more talented than you has done it before. So all you can do is trust that you have something new to say, something unique from your perspective.

SP: So was it these elements of fantasy that you brought in? The counterfactual pieces of history and sort of playing with bits of more recent history that you incorporated into your story? Was that the way to make it fresh?

CW: It was my first thought on how to elaborate on the premise of a literal railroad, and I stuck with it. I grew up as somebody who didn't like to leave the house. And I always watched "The Twilight Zone" and "Star Trek" and read a lot of horror. And the people whose work I responded to when I first started reading were people who talked about the world through the filter of fantasy. By tweaking or adopting a different perspective, we can see the world in a different way.

So for me, it seems like a natural tool of storytelling. Sometimes you want to be realistic and sometimes maybe coming at something sideways is the way to go.

SP: There's one thing I have to ask you about. You have these great scenes in your alternative history in South Carolina. After Coras escape, she takes a job in a place called the Museum of Natural Wonders, where there's a section the museum called Living History, and she's supposed to enact the life of a slave. There's one exhibit called "Scenes from Darkest Africa." Another one is called "Life on the Slave Ship." And I mean, this is a totally sanitized view of history, where slaves sew with spinning wheels on the ships coming over to America — of course, all on display for the white visitors to the museum. Where'd you get this idea?

CW: A lot of the more absurd moments in the book are inspired by real life. And so at the great World's Fairs in the 1800s, African Americans are put into so-called "jungle garb" and were supposed to act like jungle natives for the audience, for people who would come and see. And that was the sort of fake representation of the dark continent.

SP: It was like a zoo, basically, except for there were actual human beings there.

CW: Yes, exactly. So, you know, it sounds absurd, but that's how it actually happened. And as a writer, I'm trying to figure out ways for Cora to interact with history and how fake the white version of history is and how her own experience can actually provide a more true account of how the world works.

SP: A sort of a through line throughout the whole book is that you're partly commenting on how the history of slavery has been sanitized throughout our own culture in books and movies, because to truly show how violent, how dehumanizing it was, it's almost unbearable to see.

CW: Well, I mean, who wants to think about it, white or Black? I think if you are from the South and your great-great-great-grandfather had slaves, do you want to contemplate the torturous brutality, rapes and abuse that he perpetrated upon his property? If you were third generation college-educated African American, your family has risen into the middle class, achieved the American dream, do you want to think about what happened 200 years ago? It is terrible to contemplate and it's uncomfortable. All the work I'm trying to do in the book is try to make links between what happened 150 years ago and now.

SP: What are some of those links that you see, between 150 years ago and now?

CW: We can talk about the assault on the black body. 150 years ago, the police force in the South was the slave patrol patroller. A slave patroller would roam around plantations, they could enter any free Black person's house and demand to see their papers. And if you're caught, you could be brought to jail, beaten. The slave patroller had complete control over any Black person they saw. They can stop them.

And of course, the echo of that in policing now is not too hard to discern. I was taught at a young age that whenever I leave the house, I'm a target and I can't rely on the police to protect me. I'm immediately viewed as a thug, a villain, and I can be stopped at any time. And of course, like a lot of people, I've been stopped in a car for driving while Black. I've been handcuffed and interrogated. That sort of casual abuse, which can often escalate into lethal abuse is definitely part of my American experience. And so it's not too hard to find the linkages between the two.