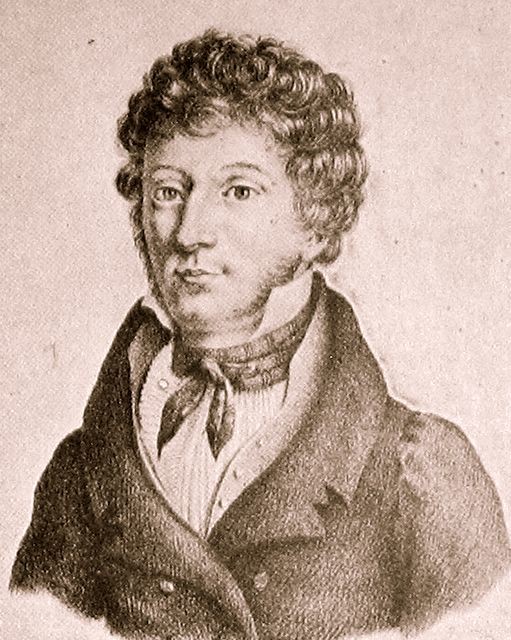 He was traveling with one of the most famous and successful composers of the day, but the young Irish pianist was not having a good time.

His name was John Field and he was touring Europe demonstrating Muzio Clementi's new pianos.  Soon he would become known as one of the great teachers and performers of the day and a composer in his own right.  But in 1802 the 20-year-old was only the protege of the stingy Clementi.

In Paris Clementi rented two of the cheapest rooms available, quarters overlooking an inner courtyard where they lodged for several dreary months.  Then they took off for new territory--St. Petersburg, Russia.

The colder the weather, the stingier Clementi became.  Young John lost his hat and several months passed before Clementi saw fit to replace it.  He also thought it would be uneconomical to buy heavy clothing that would be unnecessary once they left Russia.  So John walked through the snowy streets without an overcoat.

When the German violinist and composer Louis Spohr came calling at their hotel room, he found both John and Clementi up to their elbows in soapsuds doing their weekly wash. Clementi maintained his dignity by advising Spohr that he should follow their example since the washerwomen of St. Petersburg charged far too much and ruined clothes in the bargain.

While Clementi spent more and more time with aristocratic students, John was left to fend for himself to stretch a small food allowance at the local market.

One day John decided he had had enough.  He invited twenty friends to his hotel and tricked Clementi into paying for it.  The next day, when Clementi received the bill, teacher and student almost had a complete falling-out.

Shortly afterward, Clementi left the city, leaving John to his own devices.  But by then the young pianist had impressed many well-to-do patrons with his playing.  He spent the rest of his life in St. Petersburg--in relative warmth and comfort.