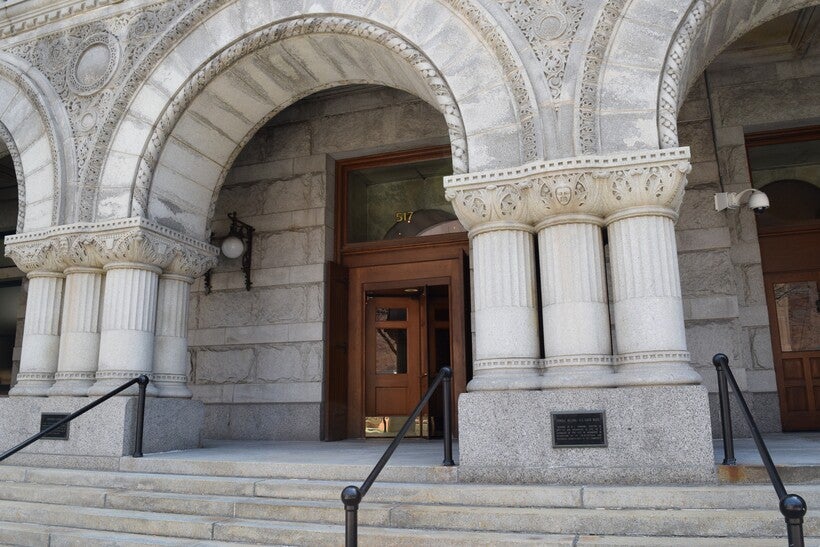 Plaintiffs include inmates who have been waiting months to be assigned attorneys
By Evan Casey
Share:

A class action lawsuit filed Tuesday is the latest step to reform an overwhelmed public defender system where some defendants in Wisconsin are waiting months in jail to see an attorney.

The lawsuit claims there’s a backlog of about 35,000 pending criminal cases across the state because of a shortage of public defenders. Eight plaintiffs from Wisconsin are named in the suit, all of whom have been waiting for an appointed attorney for several weeks or months.

According to Wisconsin State Public Defender Kelli Thompson, about 17 to 20 percent of staff attorney jobs are currently unfilled. At the same time, there is a shortage of private attorneys willing to take public defender cases.

Four legal action groups, including the Wisconsin Association of Criminal Defense Lawyers, filed the lawsuit against Gov. Tony Evers and members of the Wisconsin Public Defender Board Tuesday.

The lawsuit asks the court to order that criminal charges against indigent defendants be dropped if they aren't appointed counsel within 14 days. An indigent defendant is a person who doesn’t have sufficient income to afford a lawyer. The vast majority of people charged with crimes — about 4 out of 5 criminal defendants —rely on court-appointed lawyers and public defenders because they lack the means to hire their own attorney, according to the American Civil Liberties Union.

"This lawsuit hopefully is a wake-up call to build a system that actually operates and actually functions fairly for everybody involved," said John Birdsall, a lawyer representing the Wisconsin Association of Criminal Defense Lawyers in the lawsuit.

A statement from the National Association of Criminal Defense Lawyers called the backlog a "constitutional crisis," saying the failure of the state to provide attorneys violates an individuals Sixth Amendment right to counsel. The suit points out that the Wisconsin Supreme Court has indicated that a delay of greater than 14 days is unreasonable.

"Defendants have persistently failed to meet this obligation, and it will continue to do so unless this Court grants the relief requested by Plaintiffs," the suit states.

Hank Schultz is also representing the Wisconsin Association of Criminal Defense Lawyers. He said the point of the lawsuit isn’t about money, but rather justice.

"We’re not asking for anything other than people get the lawyer that they’re entitled to within 14 days — which is kind of the outer limit of what our state supreme court has said is reasonable — or their case gets dismissed," Schultz said.

Delays in the judicial system can have consequences for defendants, victims and even witnesses, according to the National Association of Criminal Defense Lawyers. They say critical information like witness statements and evidence can be lost or destroyed if there are delays in court proceedings.

Schultz said it's not the point of the lawsuit to discuss how to fix the system.

"We're asking the court to tell them (state government) to do their jobs. How they do it is something they're going to have to figure out," he said.

The New York University School of Law's Center on Race, Inequality, and the Law is also representing the plaintiffs.

"The public defense crisis in Wisconsin demonstrates the utter failure of criminal legal system stakeholders to ensure that the fundamental right to counsel is protected — not just for the wealthy and well-connected, but for anyone facing prosecution and the loss of liberty," said Jason Williamson, executive director of the center.

Adam Plotkin, legislative liaison for the Office of the State Public Defender, said the office is actively working to address a lack in staff and resources.

"We’re familiar with the issues that are being talked about it. They're issues that we've talked about for a while now," Plotkin said. "I think we’ve done a significant amount to try and address them within the bounds of the budget and the authorization we have."

The office has moved permanent staff around the state to areas that are understaffed, Plotkin said. It used American Rescue Plan Act funds to hire more support staff, and they are offering free or reduced cost training to encourage new attorneys to take more public defender appointments.

On Sept. 15, the office will also submit its budget request to the state. Plotkin said that request will include a significant increase in the rate they pay private lawyers and more money to add needed staff.