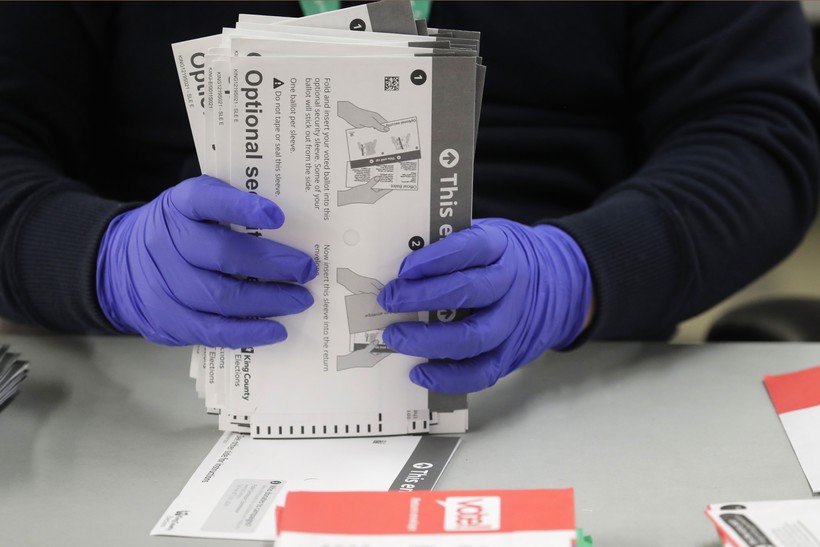 Governor's Plan Would Give Residents Until May 19 To Vote By Mail
By Shawn Johnson
Updated:
Friday, April 3, 2020, 5:05pm
Share:

Citing an uptick in COVID-19 cases and a consolidation of polling places that could endanger public health, Gov. Tony Evers called on lawmakers Friday to delay Tuesday's election, a call that was dismissed just hours later by GOP legislative leaders.

The whiplash developments were just the latest in the saga of the April 7 election, which is already unlike any seen before in Wisconsin. While things could still change, as of Friday evening, the election was still scheduled to happen.

Evers announced Friday that he was calling a special session of the Legislature to extend the election, just three days before Wisconsin voters were scheduled to head to the polls.

The call from Evers marked the first time the governor had said Wisconsin's April election should be delayed, and it marked his sharpest break yet from Republicans who run the state Legislature. Previously, Evers and GOP leaders had agreed election should proceed as scheduled, citing the large number of state and local offices throughout Wisconsin that could go unfilled.

"Yeah, it's late in the game, there's no question," Evers told reporters at a media briefing Friday. "I'm hopeful that common sense will prevail."

Under the proposal unveiled by Evers Friday, the state would send absentee ballots to millions of registered voters who hadn't requested them already. Voters would then have until May 19 to return the ballots.

Evers said he arrived at his decision after evaluating the growing "surge" of COVID-19 cases in southeast Wisconsin coupled with a dramatic decrease in polling places.

On Friday morning, the city of Milwaukee Election Commission announced that instead of its usual 180 voting sites, there would be just five due to a lack of poll workers.

The decrease in polling places meant more people would be gathering in the remaining sites that were open, Evers said, running contrary to public health advice to avoid large crowds.

Evers conceded when he announced his plan that he hadn't yet spoken with Assembly Speaker Robin Vos, R-Rochester, or Senate Majority Leader Scott Fitzerald, R-Juneau, the GOP leaders who control the Legislature's agenda. He said he was hopeful that because of the unprecedented nature of the COVID-19 crisis, they would support him.

"The virus sets the timetable, not me, not Robin Vos and not Scott Fitzgerald," Evers said. "So the time is now."

But Vos and Fitzgerald issued a statement hours later saying that if the governor had legitimate concerns, he would have reached out to lawmakers weeks ago. At that time, they noted, he was calling for the April 7 election to proceed.

"Hundreds of thousands of workers are going to their jobs every day, serving in essential roles in our society," Vos and Fitzgerald said in a statement. "There’s no question that an election is just as important as getting take-out food."

The back and forth between Evers and Republicans came a day after a federal judge took them both to task for not agreeing on a plan to delay Wisconsin's April election.

A coalition of groups had asked U.S. District Court Judge William Conley to postpone the election, but Conley said that was a decision for the governor and Legislature to make, not a federal judge.

Conley did order clerks to continue to count absentee ballots until Monday, April 13. He issued a follow-up order Friday banning Wisconsin clerks from releasing unofficial results on election night, saying they'll have to wait until April 13 instead.

The Seventh Circuit Court of Appeals issued a brief order Friday upholding Conley's April 13 extension, although the court struck down another part of his decision that would have let people cast absentee ballots without witness signatures. Vos and Fitzgerald said Friday night that they planned to appeal the April 13 extension to the U.S. Supreme Court.

The decisions by Conley Thursday, and GOP lawmakers Friday, means that nearly all options for delaying the election have been exhausted unless Evers decides that he has the power to stop it by himself.

Asked about that prospect Friday, the governor was vague but kept his options open.

"If they take no action, we'll be looking at whatever action we can take," Evers said.