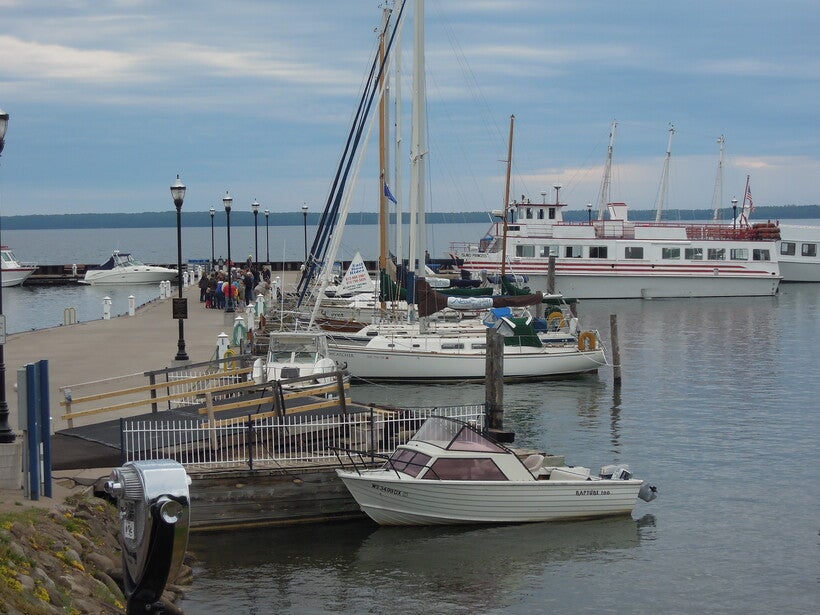 The Lake Superior city of Bayfield has cut its 2021 budget by 10 percent, and the city's mayor says it's reaching a tipping point if it can't find a sustainable source of funding. Danielle Kaeding/WPR

The League of Wisconsin Municipalities says larger cities have been able to weather financial challenges as the coronavirus pandemic has placed more pressure on government budgets. But the state's smallest city is reaching a tipping point.

Earlier this year, the advocacy organization for Wisconsin’s cities and villages estimated cities lost around $400 million in revenue due to the pandemic. But League Deputy Director Curt Witynski said larger cities have been able to balance their budgets for next year.

The city of Bayfield, Wisconsin's smallest city by population and size, hasn't been as lucky.

Bayfield Mayor Gordon Ringberg said the city of nearly 500 cut its 2021 budget by 10 percent to roughly $1.8 million. The city had to lay off seasonal workers and cut services. The budget scales back on street maintenance and general upkeep of public buildings.

The city also drew around $200,000 from its reserves to help with increasing costs and insufficient revenues. Ringberg said city leaders are looking at raising money through parking or camping fees and have even discussed dissolving the city.

"I don't want to say it's not a possibility," said Ringberg. "If we don't do anything, if we can't find a way to increase revenues, at some point we won't have enough money to keep the city running," said Ringberg.

Ringberg emphasized that disbanding the city is on "the very bottom of the list" of options that leaders are considering. He said officials are focusing on ways to increase revenues before it would explore dissolving — an option that is still several years away. The village of Brokaw near Wausau dissolved into another village in 2018 after the city struggled to cope with millions of dollars in debt due to the closure of a nearby paper mill.

Witynski said cities largely rely on property taxes for revenue, but a handful of communities that rely on sales or room taxes may have lost income. The City of Madison has seen its room tax revenues decline by more than 50 percent this year due to the coronavirus pandemic.

Gov. Tony Evers provided $200 million to local governments and tribes for coronavirus relief earlier this year. But, those funds are reserved for response to the pandemic — not lost revenues.

Milwaukee Mayor Tom Barrett said its $1.55 billion budget is "the most challenging budget we have faced."

Madison maintained a mandatory furlough program to navigate economic challenges due to the COVID-19 crisis. The city also used $8 million in reserves while Milwaukee left $8 million for its pension reserve fund untouched.

Milwaukee's budget cut 120 police officers through attrition as activists have called for defunding police in the wake of police shootings and killings of Black men and women, including George Floyd, Breonna Taylor and Jacob Blake.

The League is concerned local governments might face more difficult constraints in 2022 if lawmakers cut state aid, such as shared revenue funding or general transportation aid, to deal with the economic downturn in the next two-year state budget.

Cities large and small have expressed frustration with state restrictions on raising property taxes that have been in place since 2006 and a 2011 law that tied any increases to new construction. Local governments have also faced declining shared revenue funding and increasing costs. A report released in July found the share of state funding that assists local governments in paying for services had declined from 38.4 percent to 26.6 percent of the state budget from 1997 to 2017.

Witynski said the League has been engaged in discussions with lawmakers about alternative ways to fund local governments.

"It is a long-term goal of ours to try and move the state in a different direction for the way it pays for local government services," he said.