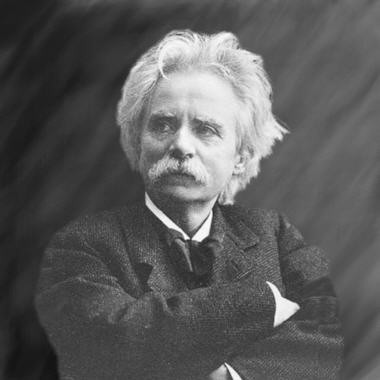 Circumstances Beyond My Control

February 24, 1876, brought the debut of a collaboration between Norway’s greatest playwright and Norway’s greatest composer. Henrik Ibsen’s play Peer Gynt, with more than an hour of music by Edvard Grieg, became a classic, but in a letter he wrote almost thirty years after the premiere in Christiania, Grieg reflected on the limitations of the first performance and the obstacles to the play’s subsequent success.

Unfortunately I didn’t get to decide at what points the music would come in and how long each piece would be. That was in the hands of the Swedish theatrical director Josephson, who was then the head of the Christiania Theater, so I had to put together a real patchwork. In no instance was I able to say all I wanted to say, which accounts for the brevity of the numbers.

By the way, the performance of the music by the very modest forces available was anything but good.  I didn’t hear the first performance because I was living in Bergen at the time, but I was told that the orchestral effects didn’t come off particularly well. It really wasn’t until the late eighties, after the suites printed by C.F. Peters had come out, that the music achieved its real success.

In the new national theater in Christiania Ibsen’s inspired work came back into the repertory a few years ago, and it never fails to draw a full house. The music, which is played by the new orchestra under the direction of our outstanding conductor Johan Halvorsen, now goes well, and the way it’s performed now makes a tangible contribution to the success of the play.

If you had the chance to attend one of these performances you would find out that it takes the stage rendition to make the musical intentions clear.

It’s really unfortunate that the local color and philosophical tone of much of the dialogue keep Ibsen’s work from succeeding outside of Scandinavia.