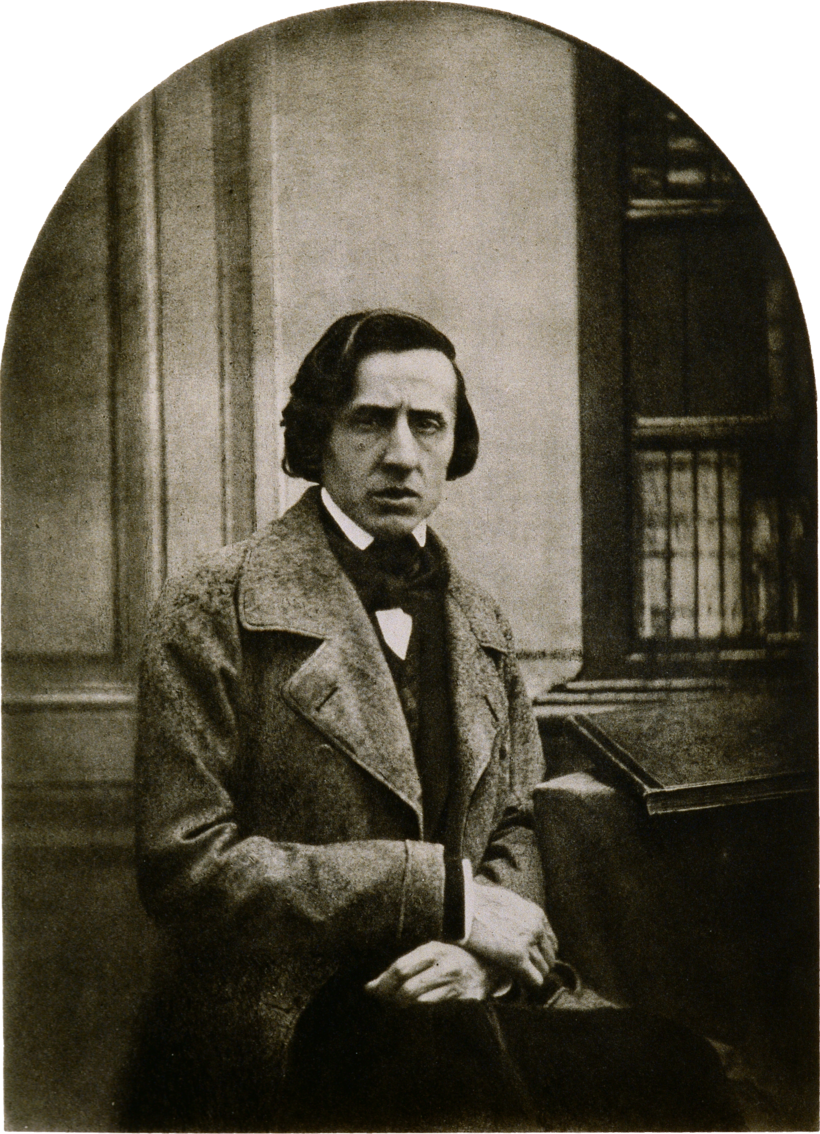 In 1831 a young pianist and composer named Frederick Chopin left his native land, Poland, in order to establish himself in European musical circles.  He was a popular success as a concert performer, but at times was lonely in a crowd.  In Vienna in the spring of 1831 Chopin wrote in his journal:

“Today it was beautiful on the thoroughfare. Crowds of people but I had nothing to do with them.  I admired the foliage.  The spring aromas and that innocence of nature brought back the feelings of my childhood.  A storm was looming, so I went in, but no storm developed--except for melancholy.

“Why?  I don't even care about music today.  It's late but I'm not sleepy.  I don't know what's wrong with me.  And I've begun my third decade!  The papers and posters have announced my concert.  It's in two days, and it's as if there was no such thing.  It just doesn't seem to matter to me.  I don't even listen to the compliments.  They seem more and more stupid.  I'd wish I were dead, except that I would like to see my parents.

“Her image stands before my eyes.  I think I don't love her anymore, and yet I can't get her out of my head.  Everything I have seen abroad so far seems old and hateful to me, and just makes me sigh for home, for those blessed moments that I undervalued.

“What used to seem magnificent today seems common.  What I used to think common is now incomparable, too great, too lofty.  The people here are not my people.

Frederick Chopin, at age 21, in Vienna, where he was soon to meet the great musicians of the day--Rossini, Liszt, Cherubini, and many others.  He would never return to Poland.