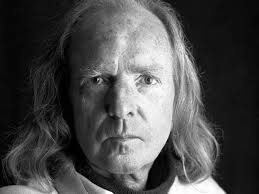 It was to be a combination of youthful innocence and Celtic grief. When the London Sinfonietta commissioned a work from John Tavener, the composer found his atmosphere in the brooding landscape of Ireland, his structure in the traditional requiem, and poignant symbolism in children’s games.

Tavener built his work around the story of a girl named Jenny Jones who is forced by her peers to pass from life to death. From a book about singing games, Tavener learned that hopscotch was originally a representation of the soul’s progress through life to death, from Purgatory to Paradise. His composition, to be called Celtic Requiem, would be a theater piece for children that would include a game of hopscotch played on the stage. Also included would be a swing because swinging games were once part of extended rituals intended to gain the release of souls from Purgatory.

Children and their games representing death would be in the foreground of the Requiem. In the background would be two contrasting adult responses to death–a forthright Irish balladeer and the ritual of the Catholic Church.

From the nearby village of Little Missenden, Tavener recruited sixteen children, ranging in age from seven to eleven.

During the debut in London’s Festival Hall on July 16, 1969, the audience in the packed auditorium scarcely noticed the more traditional forces on the stage–the orchestral players and the adult singers. They were looking at the children, who whispered to each other as they passed through the audience on their way to the stage.

The Requiem unfolded with a mixture of games, poetry, twisted nursery rhymes, and a dizzying blend of music that included scat singing and electric guitar, all in the structure of a traditional requiem mass. At the end, four giant spinning tops hummed magically as the singing of the retreating children faded into the distance. Then the tops keeled over, leaving the audience in silence that was broken by a long ovation.