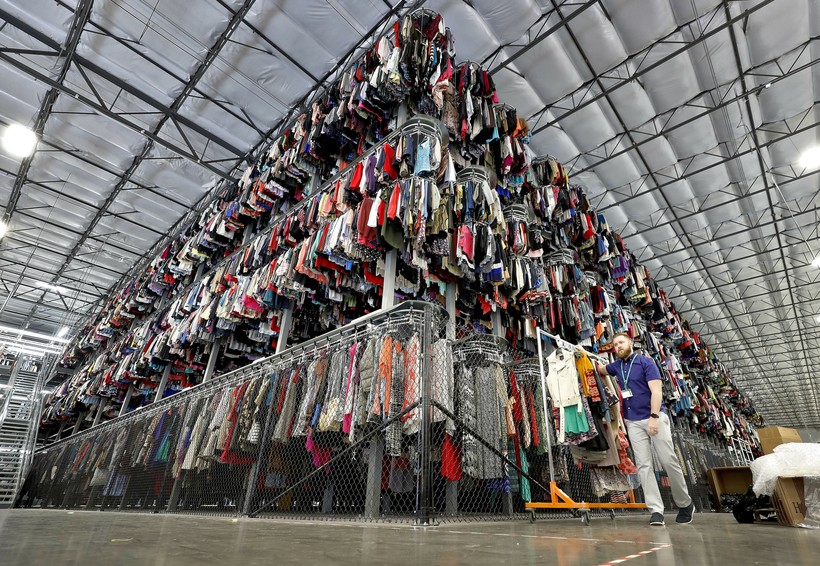 Chemicals In Clothing Is Common. How Do You Mitigate Reactions?

While Most Dyes Are Safe, Those Used In Synthetic Materials Are More Likely To Cause Allergic Reactions
By Mary Kate McCoy
Share:

In May, two Delta Air Lines flight attendants filed a lawsuit against Wisconsin-based clothing company Lands’ End, alleging their uniforms produced by the company cause a host of health problems, including rashes, respiratory issues and low white blood cell counts.

A scientific analysis on the clothing hasn't been done to prove what's causing the problems, but flight attendants said doctors told them formaldehyde and Teflon in the uniforms for stain resistance are likely to blame, according to The Guardian.

While for the most part manufacturers have moved away from formaldehyde in clothing, it does show up occasionally, said Majid Sarmadi, design studies professor at the University of Wisconsin-Madison.

"We, as consumers, want many different properties from our fabrics that don't have it naturally," he said. "So we want them to make it in a way that they don't wrinkle, they don't catch fire ... and we want to have water resistance, you name it."

Sometimes a fabric has a variety of chemicals in it to give it those enhancements, he said, but anytime you put a chemical against your skin, you've got to be careful.

"That's the case with the Delta Airline uniforms," Sarmadi said. "They have so many different properties that you only achieve by adding chemicals."

It's important to look at the labels on clothing, particularly if you have sensitive skin, said Dr. Margo Reeder, a dermatologist at UW-Madison's School of Medicine and Public Health.

While most colorings are safe for the majority of people, dyes used on synthetic fabrics are more likely to cause allergic reactions, Sarmadi said. About 20 percent of people who are allergic to the dyes used in synthetic fibers also are sensitive to most hair dyes, he said.

Sarmadi said to always wash new clothing and sheets before using them and air out dry cleaned garments for 24 hours before putting them on.

If you suspect you might have an allergy to chemicals used in clothing, Sarmadi recommends wearing 100 percent untreated cotton undergarments under your clothing to reduce exposure.

People buy clothing differently today, Sarmadi said. While there may be more chemicals in clothing, he doesn’t think they should never be used, but rather that they be clearly labeled.

"I don't want to say, 'Textile industry, you have to stop producing all of these things,'" he said. "It should be labeled in a way that you can see ... it’s wrinkle resistant or water resistant, and you've got to say, 'Am I one of those people who have sensitive skin?'"

A Look Inside The Clothes We Wear 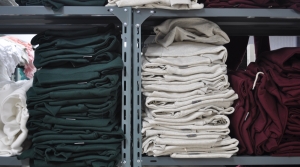 Two flight attendants with Delta Air Lines say their Lands’ End uniforms give them headaches and rashes, and are suing the clothing retailer because of it. We turn to a textiles expert and a dermatologist to learn more about what’s in the clothes we wear and how it affects our health.