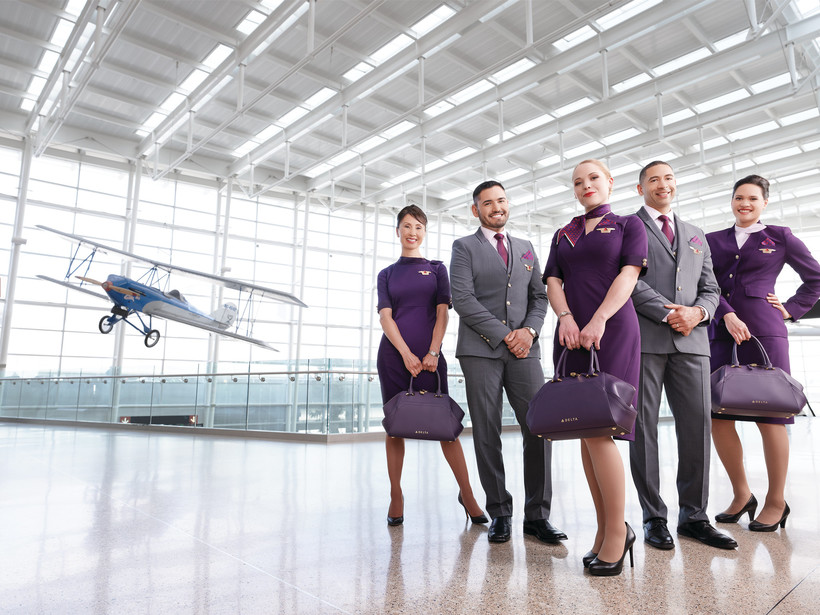 Approximately 24,000 Delta flight attendants and 40,000 gate attendants are required to wear the uniforms.

"As Delta flight attendants are non-union, at-will employees, many are reluctant to complain about the problems with their uniforms and suffer in silence and other flight attendants wear undergarments or long underwear to protect themselves from new uniforms," the lawsuit states.

The lawsuit is seeking at least $5 million dollars from Lands’ End for negligence. Delta is not named as a defendant in the suit. Bruce Nagel, an attorney for the Delta employees, said bringing a case against Delta would be handled through Worker's Compensation.

A Lands’ End spokeswoman said the company would not comment on pending litigation.

Delta selected Lands’ End as its uniform provider in 2016. At the time, Delta said Lands’ End was chosen for its "meticulous" attention to detail.

"Fit, form, function and style are all integral to the uniforms for Delta people, and Lands' End is the right partner to deliver on these things," read a press release at the time of the launch.

The official launch of the new uniforms was May 29, 2018. Delta flight attendants’ health problems were first detailed in a Guardian article last month.

The article found some employees had chemical burns due to the uniforms.

According to the article, the health concerns over the uniforms were serious enough that some doctors instructed Delta flight attendants to bring EpiPens to work to treat themselves if they broke out in rashes.

Airline uniforms have been an ongoing problem.

The health problems detailed in that lawsuit were similar to what is being alleged by the Delta employees. At the time, American Airlines said employees would begin wearing uniforms by Lands’ End.

On Thursday, a spokesperson for American Airlines said the comapny is confident in the uniforms that are in current development with Lands' End.

"In partnership with our unions and team members, we have created a uniform suiting fabric that is unique to American Airlines," the spokesperson said via emails. " Every single garment in American’s new uniform collection will hold the STANDARD 100 by OEKO-TEX certification, the highest garment safety certification in the apparel industry. We have set the highest bar for safety so that our team members can wear the new uniforms with confidence and comfort."

Lands’ End is a well-known and respected brand in Wisconsin. Fallout from this lawsuit could be damaging to the company’s reputation said Felicia Miller, who chairs the marketing department at Marquette University.

"For Lands' End, because there is litigation pending, a lot will depend on what the outcome is," Miller said. "If they are found to be guilty, or even if they settle out of court, the consumer will look at that as maybe they did do something wrong, and that could further damage the reputation of the brand."

In extreme cases, like what airplane manufacturer Boeing is currently facing with recent fatal crashes, some brands never come back, Miller said.

"I don’t think it’s quite as extreme with Delta and Lands' End, but it’s certainly something they are going to have to work extremely hard to regain the consumers’ trust."