As we stand with the citizens of Wisconsin against racism, listening and learning will inform our action knowing that diverse voices enrich our lives and our spirits and challenge our perspectives. Read more
BETA 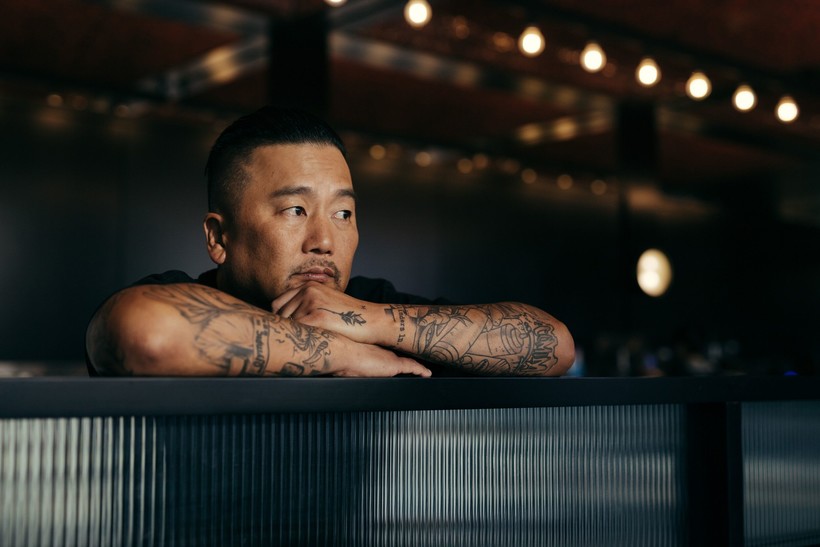 When celebrity chef Roy Choi was 24, he was a law school dropout with a checkered past. He was feeling aimless and confused. Lying on the couch in his West Los Angeles home, he had an out-of-body experience. The "Essence of Emeril" TV show came on and it sparked Choi’s epiphany.

"I just knew that cooking was going to be my last hope," Choi tells WPR’s "BETA."

That moment proved pivotal to a career that has been so decorated, celebrated and varied since. To Choi, he feels like it might have been even more.

"That moment saved my life," Choi said. "He physically didn’t save my life, but through the television screen, he did."

Choi would enroll in culinary school at the Culinary Institute of America and become a rising star as a hotel chef in L.A., climbing as far as chef de cuisine at the Beverly Hilton. However, it was Choi’s next chapter that would catapult him into the ranks of distinguished chefs.

In 2008, Choi launched his company and Korean BBQ taco food truck, Kogi. It completely pioneered the current food truck craze. Kogi began as just a way for Choi and his friends to make a few extra bucks outside of the L.A. nightclubs, but grew into something far more substantial.

"If Emeril’s show found me a path, Kogi — 20 years later — allowed me to really find out my purpose of how to feed people," Choi said.

"When Anthony Bourdain mentions the word 'roach coach,' a lot of food trucks and street vendors were looked at a very racist way and a very prejudicial way," Choi said. "I don’t think the trucks and the food before us changed, it’s just America’s perception of them changed through the process of Kogi."

In 2014, filmmaker Jon Favreau would make the cult-hit "Chef" loosely inspired by Choi’s career and life. To pull off the mouth-watering cooking scenes in the film, Favreau enlisted Choi as his technical advisor on set.

"He just needed a technical advisor, just like if it was a boxing movie, he would need like Teddy Atlas to teach him how to box," Choi said.

Now, Choi and Favreau have reunited on the Netflix documentary cooking series, "The Chef Show" that revisits the popular recipes from the film and highlights their long-standing friendship.

"Jon and I really love hanging out with each other and when the movie ended, it felt like summer camp was over," Choi said. "We searched for reasons and situations where we could continue to hang out and then he brought a camera one day."

Choi is also headlining the far more personal docu-series, "Broken Bread" (a co-production of KCET and Tastemade). The series (which can be streamed at brokenbread.tv and the PBS app) spends each episode exploring or grappling with social issues like homelessness, recidivism, hunger and sustainability through the lens of food.

The show also positions Choi as the spiritual, if not logical, successor to the late Bourdain. Choi spends each episode not just introducing you to the next great, innovating chef or restaurant, but outlining how their work weaves into the community and measures its impact.

Take, for instance, the episode "Transformation" which features Mar Diego, who opened the pizza shop, Dough Girl, in the valley neighborhood of L.A. She only employees at-risk or homeless teenagers.

"She brings them into the shop and gives them jobs and training and the whole shop is run by these kids that would be sleeping on the streets, but now have a job, have a paycheck," Choi said. With a full arsenal of street cred and celebrity, Choi is uniquely able to secure access to local community leaders in Watts as easily as he can sit down with the mayor of L.A. This offers a wide picture view of some of the problems plaguing society and Choi’s belief that food (and more importantly food jobs) can provide the same glimmer of hope to society that it did for him.

"What we try to do through the show is show that the problem is huge, but the solution is closer than you think," Choi said. "You just have to make these conscious choices."