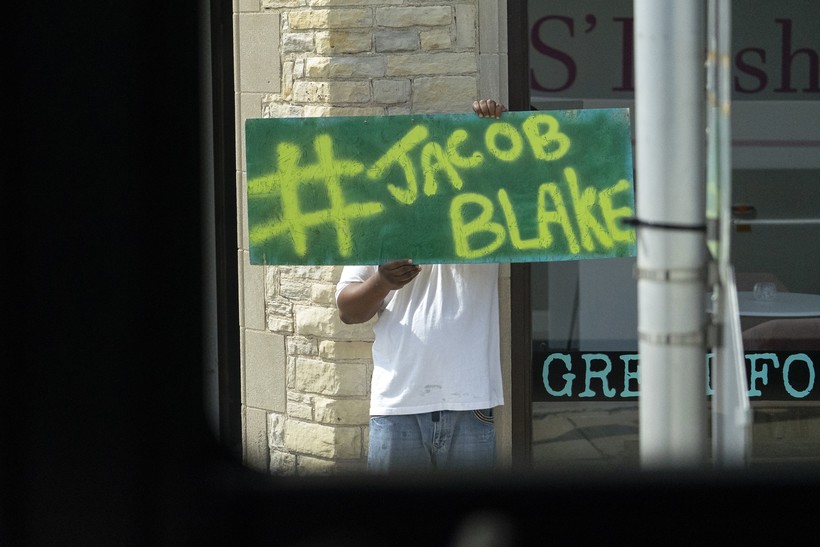 Jacob Blake says he's experiencing "nothing but pain" as he recovers from being shot seven times in the back by a Kenosha police officer, and he urged supporters to appreciate their lives and stick together in a video statement from his hospital bed.

"Your life, and not only just your life (but) your legs, something that you need to move forward and move around in life, can be taken from you like this," Blake says in the video, snapping his fingers. The one-minute-long statement was shared on Twitter by Blake's attorney, Benjamin Crump.

Blake's family has said he will likely never walk again as a result of his injuries from the shooting, which happened Aug. 23 after police reportedly responded to a call from a woman who said Blake had violated a restraining order. Police say they attempted to use Tasers on Blake before one officer shot him seven times. The shooting, which was captured on video and viewed by millions of people on social media, is under investigation.

#JacobBlake released this powerful video message from his hospital bed today, reminding everyone just how precious life is. #JusticeForJacobBlake pic.twitter.com/87CYlgPDBj

"Please, I'm telling you, change your lives out there."

Blake's shooting came three months after the police killing of George Floyd on May 25 in Minneapolis sparked a nationwide protest movement. Thousands of protesters took to the streets in Kenosha following Blake's shooting, and the first days of the protests were marked by property destruction and then violence after an Illinois teen who came to Kenosha as part of an armed militia shot three protesters, killing two of them. Protests have been peaceful since Aug. 26.

Kenosha quickly became the center of the national political conversation. In the past week, both President Donald Trump and Democratic presidential nominee Joe Biden visited Kenosha, making the city and authorities' response to the shooting part of each of their political pitches.

In the video, Blake, 29, calls on his audience to "stick together, make some money, make everything easier for our people out there. There's so much time that has been wasted."