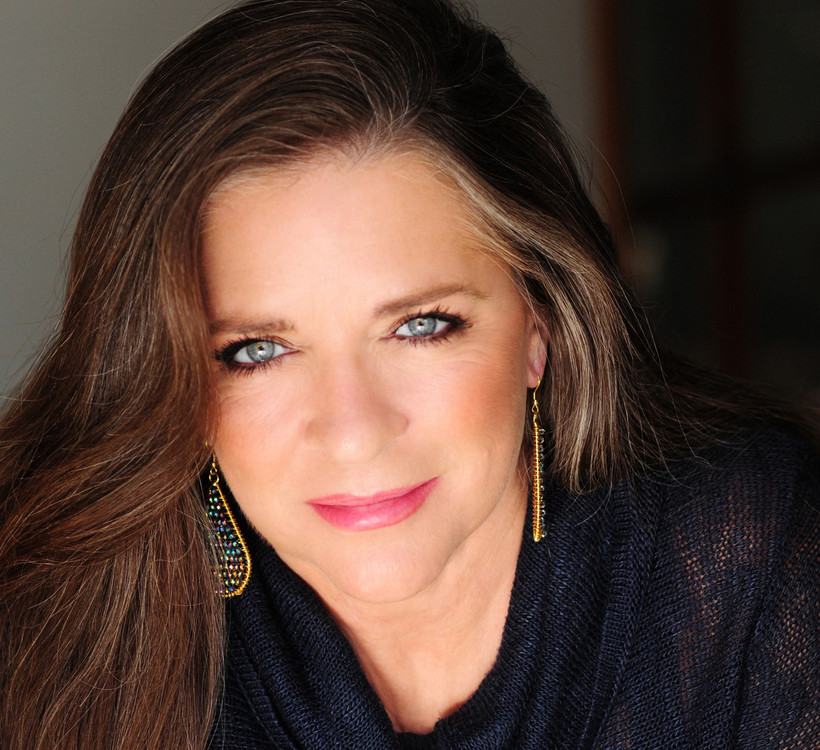 Carlene Carter was born with country music running in her veins.

The website, allmusic.com wrote, "Carlene Carter has confronted the mighty legacy of the Carter Family Songbook and allowed it to strengthen her music rather than buckling under its weight."

"I knew I was going to do this album someday," Carter told WPR's "BETA" backstage at the Stoughton Opera House before a recent performance. "But I always felt like while my aunts and my mom, Helen, Anita and June, were still alive, that they were doing that and I didn’t need to do that. And then when mom passed away, I didn’t want to do one of those things where somebody dies and you go off and do a Carter Family album and cash in on the grief or something. Honestly, it hurt too bad to sing the music right after she died."

"Carter Girl" was produced by Don Was, a member of the 80s group Was (Not Was) and an experienced producer who's worked with such artists as Bonnie Raitt, Willie Nelson and Iggy Pop. Carter said she really lucked out when she was able to get Was to produce the album.

"We had lots of conversations about it and I made lots of lists of different songs. I wanted to find some that were really well-known but then some that weren’t so well-known," Carter recalled. "I also wanted to just let the band kind of come in and make it just a little bit more jazzy or whatever, you know, more contemporary. And Don, he’s a bass player, he’s a musician, he’s very lyrical in his playing. So he’s all about trying to get what’s in your head or how you want it to sound."

The opening song on "Carter Girl" is "Little Black Train."

"It’s a spiritual song," Carter said. "I never had heard it before, which is so bizarre. But when I started researching the Carter Family music, there was like 700 songs. And I never realized there were quite that many. So I ended up getting 'In The Shadow Of Clinch Mountain,' the box set of the Carter Family, and I looked through the book and I looked at lyrics and titles. And I didn’t listen to the music until I saw something that I wanted to sing about. And that’s how I picked stuff."

Carter also re-recorded one of her signature songs, "Me and the Wildwood Rose," for "Carter Girl." In this song, Carter shares childhood memories of her grandparents, Maybelle and Era, and her half-sister, Rosie Nix Adams, who passed away in 2003.

Carter said she wanted to re-record the song "because it meant more to me than it did when I wrote it in 1990 ... it meant even more because they had all passed away. And Rosie, as well, had passed away. So it was my honoring them, all of them that had made me who I am."

In 1990, Carter released her most commercially successful album, "I Fell in Love," which featured four hit singles, including the title track which includes some frenetic fretwork from legendary guitarist Albert Lee.

"I can tell you the truth about this song was that I had been working with Howie Epstein, who’s from Milwaukee. The late great Howie Epstein. I did not want to fall in love with a bass-playing producer like I had married before (Nick Lowe). But I remember saying to one of my best friends, Kathy Valentine (of the Go-Go's). I said, 'You know that Howie Epstein?' She goes, 'Yeah.' And I said, 'I think I like him.' And I remember thinking 'I fell in love.' And then I said, 'Whatcha wanna do that for?' And I just had this vision of it being like this real singalong thing in the audience."

Carter released her third album, "Musical Shapes," in 1980. It was produced by her husband-to-be, Nick Lowe, and featured the band Rockpile on most of the tracks. It's considered by many to be Carter's breakthrough album. One critic described this album "as perhaps the greatest fusion of rock and country since the days of rockabilly."

"Rockpile were perfect for it. Really, 'Musical Shapes' was the record I went to England to make. And it all fell together. And the reason it did work is because by that point, I had known these guys for a good long while," she said. "You know, it wasn’t like we were just thrown in the room and they were going 'Oh, do you know George Jones?' That’s the first thing Dave Edmunds ever said to me."

"I wanted to be the rocking-est country female act that there was ever. I turned cartwheels across the stage, I would fly myself out into the audience and hopefully, they’d catch me," Carter said, adding "most of the time they did."

Music critic and author Bill Friskics-Warren has compared Carter to Emmylou Harris. He has said they're both roots-music renaissance women who can do it all. So what does Carter think of that comment?

"Wow, that is an amazing compliment. Wow, I just got cold chills from that because Emmy is my hero. The last tour I did with (John) Mellencamp, I put Emmy’s name in the hat and she came out and did it with us. And that was fantastic because I’d always wanted to be on tour with her. And then recently, we did the Cayoma Cruise, my band and I went down and did that, and Emmylou was on it as well. And for the first time, I got to sing, she sang with me on ‘Easy From Now On,’ which is the song that I wrote for her, which she recorded in 1978."