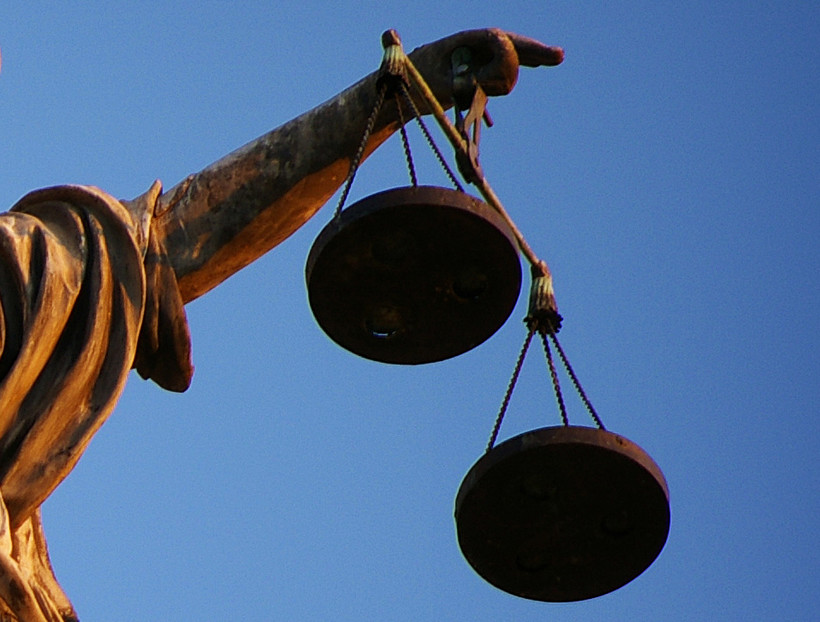 Some Defendants Have Waited More Than 100 Days For Representation
By Megan Hart
Share:

The Brown County Board of Supervisors acted last week to try to address the area’s public defender shortage after some defendants have waited more than 100 days for representation.

The board voted unanimously to pass a resolution calling on the governor and state Legislature to create regional response offices staffed with lawyers to assist counties that have a backlog of criminal cases. They're also calling for legislation that would allow the State Public Defender’s Office (SPD) to pay contracted attorneys the same rate — $100 per hour — that attorneys appointed by the court receive.

Struggling to find representation for those accused of crimes isn’t a new problem in Wisconsin, but it has been exacerbated by the coronavirus pandemic, according to SPD.

With 36 trial offices across the state, SPD is the statewide agency tasked with providing legal defense for most Wisconsinites who can’t afford it. Nearly 80 of its staffers have left their jobs during the pandemic.

In Green Bay, SPD has three vacant staff attorney positions, according to the agency. Those lawyers serve defendants in Brown, Kewaunee and Door counties.

"The pandemic has increased the time it takes to resolve cases," said Adam Plotkin, SPD’s legislative liaison. "It has also made it more difficult just to have some of those face-to-face interactions, in terms of talking to clients, talking to prosecutors and appearing in court, and all that contributes to cases moving a little bit more slowly."

It’s not only SPD staff attorneys who handle indigent defense. The agency also contracts work to private bar attorneys. With cases stalled due to COVID-19, some of those lawyers have been hesitant to take on new clients, according to SPD. Others haven’t been comfortable practicing during the pandemic.

The problem has been particularly acute in Brown County, according to SPD. The agency says it’s willing to hire temporary help, but it’s not easy to recruit and retain public defenders.

Some say action from Gov. Tony Evers and the state Legislature is long overdue when it comes to addressing the issue. Historically, leaders from both parties have applied short-term fixes to the problem, said Milwaukee defense attorney John Birdsall of Birdsall Obear & Associates.

"What I think folks should appreciate is the need for a comprehensive solution," he said.

Until 2020, private bar attorneys were paid $40 per hour for taking on cases from SPD — the lowest rate in the nation. Pay was increased to $70 per hour beginning January 2020.

But some say the rate is still too low. Birdsall believes funding reform for private bar attorneys, SPD staffers and public prosecutors is critical to solving the problem, he said.

In many cases, $70 per hour isn’t enough to cover overhead when attorneys are paying for their office space, supplies, insurance and more, said John Gross of the University of Wisconsin-Madison School of Law. This year, the base rate for private attorneys who take on federal defendants is $155 per hour, he said.

For many years, lawyers weren’t paid at all for taking on indigent clients, he said. State bar associations saw it as an ethical obligation.

"The problem was legislatures started to enact more crimes, fund police more, we had a war on crime, and all of the sudden, there were a lot of cases where people couldn’t afford counsel," he said. "The lawyers, who before were happily willing to devote their time and effort to these cases for free, finally had to say, 'We can’t do this anymore.'"

Legal fees are the price to pay for a huge criminal justice system, he said.

In criminal courts today, most defendants can’t afford to pay a lawyer. In urban areas, up to 90 percent of defendants don’t have the money for counsel, Gross said. If attorneys aren’t making decent money off those assigned cases, it gives them incentive to charge paying clients more, driving up the cost of legal services, Gross said.

"I think the middle class pays a price for this, too, which legislatures don’t think about when they’re setting these pay rates," he said.

Underfunding public defenders can have other financial implications.

The Brown County resolution cites a case in Marathon County that was dropped earlier this year after the defendant went more than 100 days without an attorney. Now, if prosecutors want to move forward with the case, they’ll need to start from scratch. Plus, taxpayers are left with the jail bill, Gross said.

And beyond that, there’s a human cost for keeping people in jail without representation, he said. The days after a person is charged are typically critical for their case.

"If there’s a video that would exonerate you, and you have to wait three months before a lawyer picks up the file on your case, what are the odds that video from a store camera has been erased?" he said. "Evidence is going to be lost."

People can lose their jobs, their homes or even custody of their children after just a few days in jail, Gross said.

WPR reached out to Brown County District Attorney David Lasee and Presiding Judge Tammy Jo Hock, but neither responded to interview requests. Lasee brought the issue before the Brown County Criminal Justice Coordinating Board in October 2020, according to minutes from the meeting.