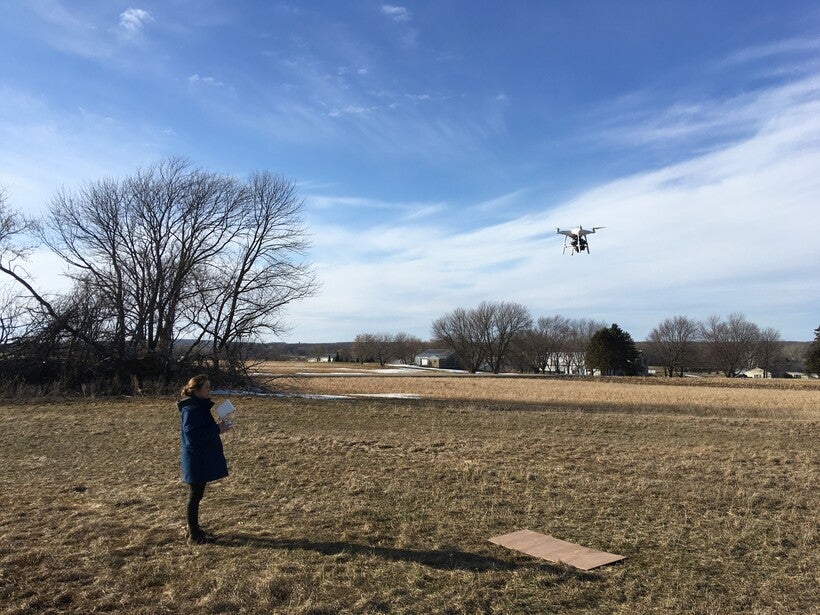 Drones Can Identify Areas Where Manure Spreading Should Be Limited
By Danielle Kaeding
Share:

Geologists have been testing drones in northeastern Wisconsin as a way to pinpoint shallow soils in areas sensitive to groundwater contamination. The method of measuring soil depths may be beneficial for state regulators, county conservationists and farmers who are working to implement new restrictions on manure spreading in the region.

Studies in northeastern Wisconsin have shown private wells are susceptible to groundwater contamination from nitrates and other bacteria due to thin soil in areas with fractured bedrock.

The findings prompted the Wisconsin Department of Natural Resources to impose restrictions on manure spreading across 15 counties two years ago. Those standards limit how much manure farms can spread based on the depth of a field's topsoil. Producers are barred from spreading manure on fields with less than two feet of topsoil.

County conservationists have been working with farms to map soil depths in order to comply with the new standards. The process of measuring soil depths on farms is a time-consuming, labor-intensive process that could be accelerated by using drones, said David Hart, a hydrogeologist and geophysicist with the Wisconsin Geological and Natural History Survey.

Hart and his colleague Grace Graham, a licensed drone operator, have been flying drones equipped with infrared cameras over fields to gather data on soil depths.

"What we've seen is that there's a pretty marked temperature difference where you have really thin soils and then where the soils get thicker," Hart said. 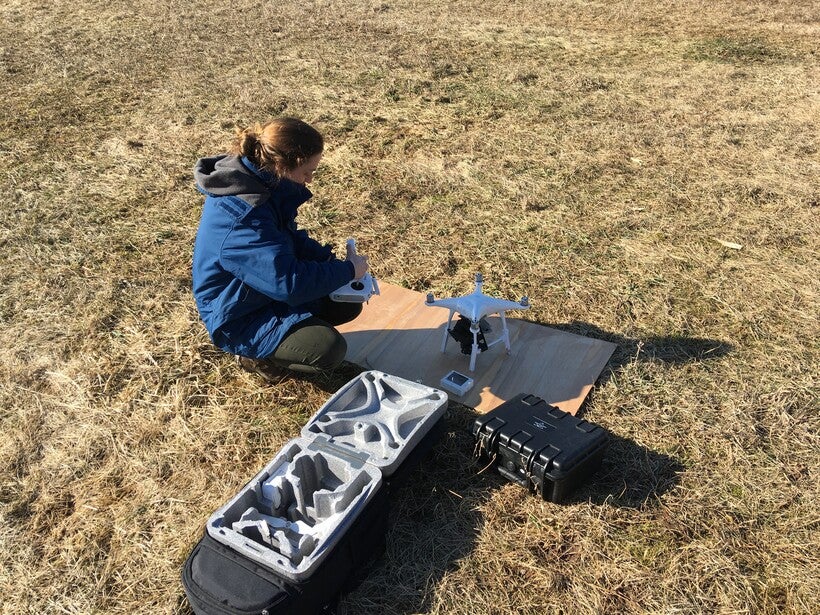 In shallow soils, the ground heats up more quickly than thicker soils that tend to be cooler because it takes more time for heat to be absorbed.

State geologists began testing the drones in 2019 primarily in Kewaunee County, which became a focal point for concerns over safe drinking water. In 2017, researchers found up to 60 percent of wells sampled in the county were contaminated with fecal matter from cows and humans. Follow-up research showed contaminants within groundwater were mostly linked to agriculture.

Hart said they plan to share their findings with county officials, farmers and agriculture consultants when COVID-19 restrictions are lifted. The hope is that drones could be used widely as a more efficient way to verify soil depths.

He noted a drone can provide temperature readings for an entire field in around 20 minutes. In comparison, it may take someone two to three hours to measure soil depths by inserting a steel probe every 100 feet for a 40-acre field, said Travis Engels, a conservation specialist for Kewaunee County.

"It's very physical and time-consuming," Engels said. "So, there's that aspect where, if you can fly a drone and take a couple push-probe points to verify those depths, then you're saving time. You're saving energy. It's a lot easier to do, especially if you have a lot of land to cover." 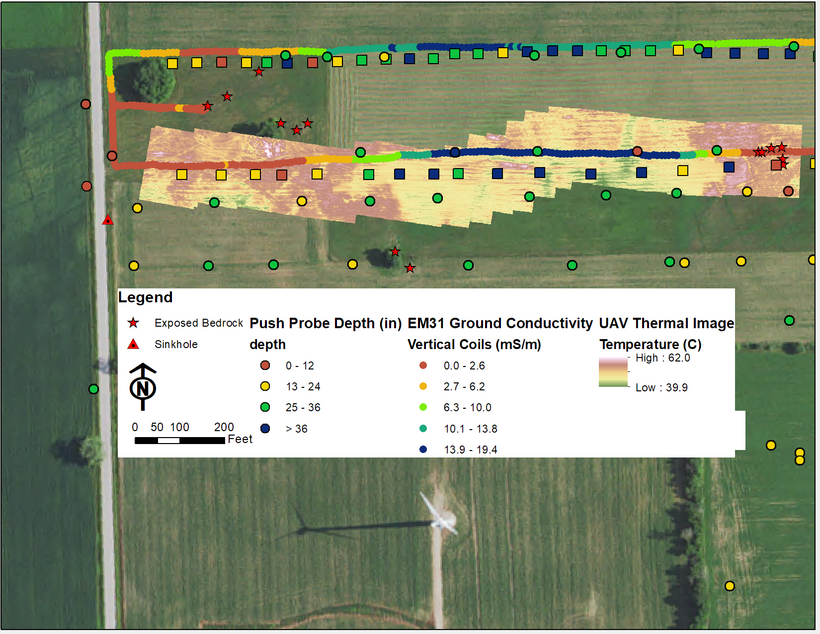 An aerial photo of a field in Kewaunee County that's been overlaid with temperature images from the drone along with data from a push probe and ground conductivity meter. The data sets show similar results for the location of shallow soils and bedrock. Image courtesy of David Hart with the Wisconsin Geological and Natural History Survey

Engels said he's probably taken close to 12,000 readings by probing fields to verify soil depths across the county since the new standards were approved.

The DNR has estimated it may take between five and 10 years for farms to implement the new standards adopted two years ago, said Joe Baeten, the DNR's watershed management program team supervisor for northeastern Wisconsin. Baeten said counties and farmers are relying on the best available data for soil depth to comply with the restrictions and better protect groundwater.

He added that the data collected from drones will help "fine tune" the information that currently exists.

The DNR has been assisting counties with implementing the new standards as they work with producers on updating their nutrient management plans, which outline manure application on fields. State environmental regulators have also been updating water quality protection permits to bring concentrated animal feeding operations (CAFOs) into compliance.

The Wisconsin Department of Agriculture has also been working to develop technical standards on best practices for farmers to implement the rules. Agriculture officials have set a goal to finalize those standards by next March.