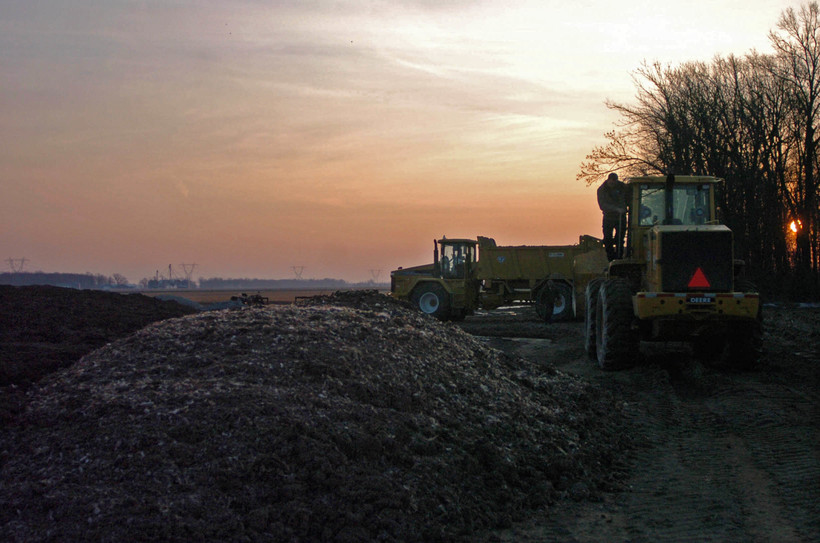 DNR Developed Rules In Response To Widespread Groundwater Contamination In Kewaunee County
By Chuck Quirmbach and The Associated Press
Share:

The state Department of Natural Resources Board has approved new restrictions on manure spreading in 15 eastern Wisconsin counties.

The board approved the package unanimously Wednesday.

The DNR developed the rules largely in response to widespread groundwater contamination in Kewaunee County. Manure runoff has harmed drinking and surface water in parts of the county and other communities.

The regulations limit how much manure farms in the counties can spread. The limits vary according to the depth of each farm's topsoil. Farms with less than 2 feet of topsoil would be prohibited from spreading any manure. The restrictions also carve out zones around wells where farmers can't spread manure.

The rule change would require large dairy farms, known as concentrated animal feeding operations, to restrict where manure is spread.

The aim is to reduce the amount of harmful bacteria that passes through the thin soil in areas with fractured bedrock.

The package now goes to Gov. Scott Walker for his approval. From there it would go to the Legislature, which would have 60 days to object to the rules or demand modifications.

DNR Board member Frederick Prehn said if Walker and lawmakers approve the plant, he wants DNR staff to provide an update in 12 months.