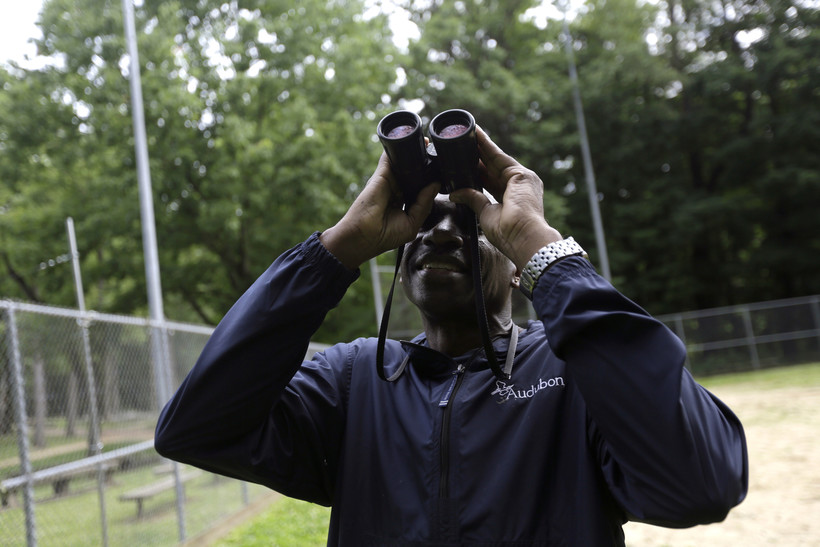 Keith Russell, program manager of urban conservation at Audubon Pennsylvania, looks through binoculars while conducting a breeding bird census, at Wissahickon Valley Park Friday, June 5, 2020 in Philadelphia. The viral video of a white woman targeting a Black bird watcher in New York's Central Park has renewed attention to how the great outdoors can often be far from great for Black people. Jacqueline Larma/AP Photo

Birding is a traditionally white-dominated space. One Wisconsin group is trying to change that.

The BIPOC Birding Club of Wisconsin is about to soar to new heights.

It's one of eight organizations to be awarded a grant by the Natural Resources Foundation of Wisconsin, which raised a record-breaking $117,000 during this year's Great Wisconsin Birdathon, the largest bird conservation fundraiser in the state.

The organization has chapters in Madison and Milwaukee, which draw between 25 to 45 people per event and have around 1,000 active followers. 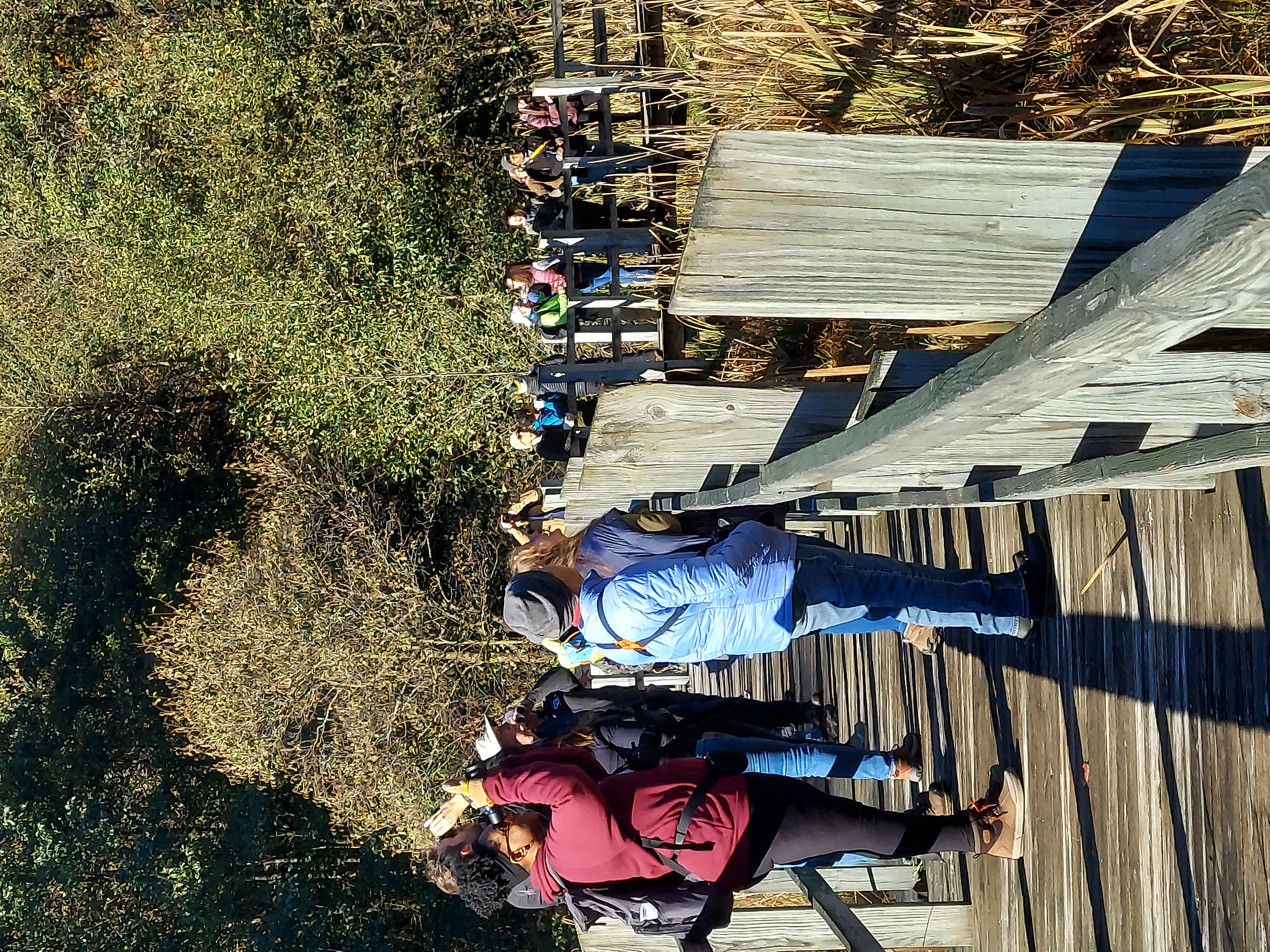 Birders observe nature at the UW-Madison Arboretum in October 2021 with the BIPOC Bird Club of Wisconsin. The organization received roughly $7,500 from the Natural Resources Foundation of Wisconsin to expand education and outreach efforts. Photo Courtesy of Rita Flores Wiskowski

"The BIPOC Birding Club of Wisconsin is a club to try to get more people of color into birding as a hobby because it's not very diverse right now," said Rita Flores Wiskowski, the Milwaukee area coordinator for the organization.

A national study by the Trust for Public Land last year found that 90 percent of residents in Madison and Milwaukee are only a 10-minute walk from a park, but people of color and those in low-income neighborhoods have less access to recreational space.

Upal Sengupta and his wife run a farm in Rock County. He never considered himself a "birder" until he got into photography and joined the BIPOC Birding Club.

"It’s a nice mix of people. We can learn from the more experienced people in the group (and) hopefully get some younger people involved in appreciating nature and things that they might not be able to do otherwise," he said, adding that there’s strength in numbers.

Sengupta said people have yelled at him for taking photos of birds in more rural areas of Wisconsin. It reminds him of other incidents where people of color have been made to feel unwelcome in public spaces, most notably in 2020 when a white woman at New York’s Central Park called the police on Christian Cooper, a Black man and avid birdwatcher.

"It just highlights that there's some concerns there. And it is always good to be with a group of friends where you feel more comfortable," he said.

It's a sentiment that resonates with many club members.

"I've been in the birding community for about 15 years, and I'm one of the very few people of color I've run into," Flores Wiskowski said, adding that people of color either don't know about birding or feel uncomfortable in predominantly white spaces.

Wiskowski said the Natural Resources Foundation of Wisconsin funds will let the organization assemble and distribute backpacks with binoculars, field guides and information on how to get involved in birding. The roughly $7,500 grant will also go toward stipends for traveling long distances and promotional materials.

"It's been instrumental for our ability to reach people, unquestionably," said Jeff Galligan, co-founder of the BIPOC Birding Club.

Craig Thompson, who specializes in migratory bird conservation with the Wisconsin Department of Natural Resources, is one of the committee members that decides which projects to fund.

"I think to the extent that we can diversify participation and awareness of the need for conservation across all segments of society, that's critically important to end the pressures that we're facing as a civilization," he said, referring to climate change and biodiversity losses.

Nature and its healing powers

Caitlin Williamson, director of conservation programs for the Natural Resources Foundation of Wisconsin, compared birding to a treasure hunt, an opportunity to observe nature and its wonders.

"You just notice so much more about where you're at in the landscape and really immerse yourself," she said, adding that birds are like "the gateway to falling in love with the natural world."

For many, birding also became an escape from the dark realities of the pandemic.

"There's a lot of laughter, a lot of community, and I think that's really important," Flores Wiskowski said. "People have been isolated, and nature is healing."

Thompson of the DNR agreed it's important to offer opportunities for people to get more exposure to nature and birds.

"It's so easy to have an emotional connection to birds," he continued. "I think we have a tendency to see ourselves as distinct from nature. But there are all kinds of studies coming out that are indicating the importance of connections to nature for our health and wealth and mental well-being."

Sengupta said it's a joy to meet other people who feel equally connected to the outdoors.

"Birding is for everyone, it doesn't matter what you look like," he said.