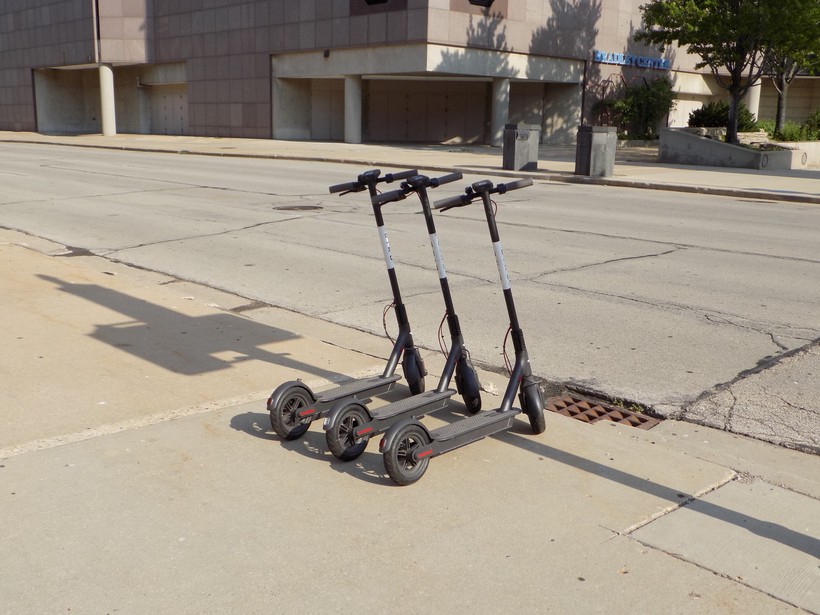 Without warning, the California-based company delivered a flock of 100 scooters to Milwaukee in late June, setting off concerns about safety with local officials and led them to question whether the scooters were legal to ride in the state of Wisconsin. The company allows users to rent dockless, motorized scooters with a credit card by downloading an app on their phone.

The city filed a complaint against Bird in Milwaukee County Circuit Court to have the company remove its equipment from the city arguing they violated state law, Bird later asked to have the case moved to federal court.

On Tuesday, the Milwaukee Common Council passed an ordinance allowing the city to impound the dockless scooters. At the same meeting, the council also approved a resolution asking the state to consider making the scooters legal.

By Monday morning, less than a dozen scooters could be found in Milwaukee using Bird’s phone app.

The city and company released a joint statement Monday.

"We are thankful to have the opportunity to work with Milwaukee city leaders and look forward to bringing Birds back to residents who have already come to enjoy and benefit from this new mode of transportation," said David Estrada, Bird's head of public affairs and chief legal officer.

The statement said that once the scooters were allowed to come back to Milwaukee, the company would hold regular safety events to educate riders.

"Once we get these legal issues resolved, then making sure we address the safety and speed issues, I’m hoping we can have the return not only of Bird but of other potential scooter companies," Barrett said.

But not everyone was as forgiving of how Bird initially entered the Milwaukee market.

Megan Cochran was about 30 weeks pregnant when a Bird scooter bumped into her on the sidewalk. While she said she is happy the scooters are gone for now, she wishes the company had taken more responsibility.

She called the company's tactic an "immature practice ... of just dropping them off and saying, 'Hi, you’re stuck with them,'" Cochran said.

Bird said it would like to introduce two new programs when it is allowed to return to the city. The "One Bird" program would help increase mobility to underserved communities. The "Red, White and Bird" program would waive the $1 base ride fee to veterans and active United States military members.

Bird operates in cities in several states, and the company's failure to coordinate with cities has caused similar problems elsewhere. Milwaukee is the only city in Wisconsin where Bird scooters have appeared.

Editor's note: This story was updated at 5 p.m., Monday, Aug. 6, 2018 to include statements from Milwaukee Mayor Tom Barrett and Megan Cochran.