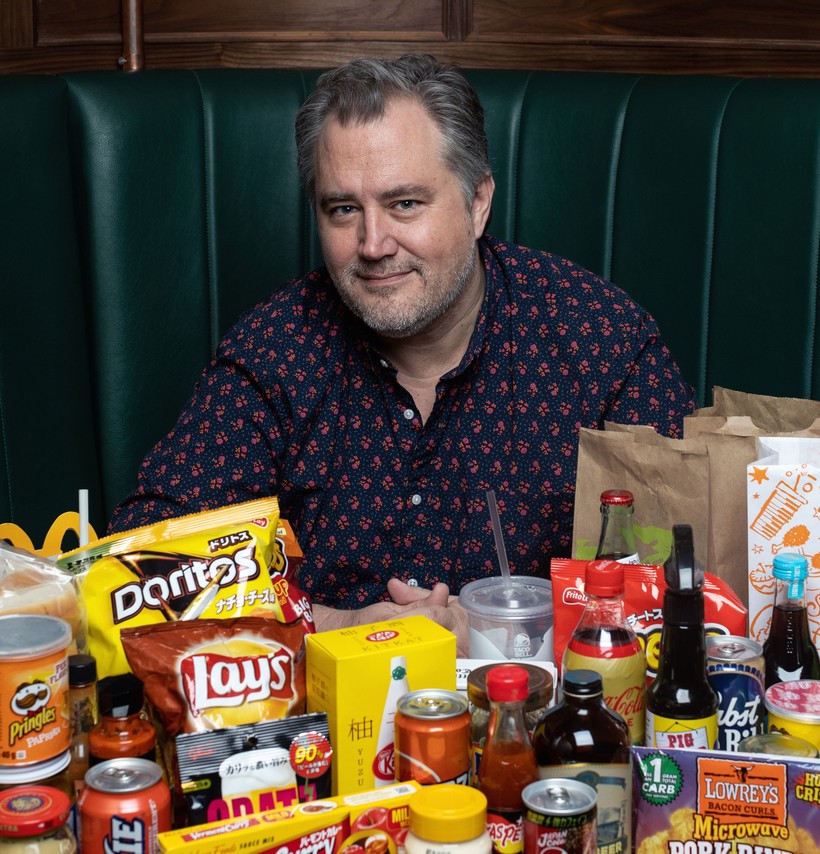 Oakley is a former showrunner and head writer of a long-running animated sitcom that you've probably heard of. Does "The Simpsons" ring a bell? He's also written and produced "Futurama," "Disenchantment," and "Portlandia". And Oakley currently serves as the head writer and executive producer of the HBO Max series, "Close Enough."

Oakley, and his longtime writing partner Josh Weinstein, wrote a spec script for "Seinfeld" in the late 1980s when the show was still known as "The Seinfeld Chronicles." As Oakley told WPR's "BETA," "The coin of the realm in TV writing is writing a spec script, which means writing a sample episode of a show that you like for free and showing it around to show that you can write."

Oakley and Weinstein thought Seinfeld's show was hysterical so they decided to write a spec script for it. That script got them several meetings with executives for shows like "Cheers", "Murphy Brown," and "The Simpsons."

Mike Reiss and Al Jean were running "The Simpsons" at that time. They thought the spec script was funny and asked Oakley and Weinstein to write an episode. That was the beginning of their TV writing careers.

In 1995, Oakley and Weinstein were promoted to executive producers and showrunners for the seventh and eighth seasons of "The Simpsons."

In terms of their goals as showrunners, Oakley says that he and Weinstein just wanted to copy season three because that season was run by Mike Reiss and Al Jean, who had hired them. Oakley describes them as geniuses.

"And I believe that season three of 'The Simpsons' is the best season of any TV show of all time," Oakley said. "And by the way, we didn't work on that. So it's not like blowing my own horn."

Season eight debuted in 1996. "We decided to be a little more experimental because at that point, we were pretty sure the show was going to be over by season nine or 10 because sitcoms don't go that long," Oakley recalled.

One of the highlights of season eight was an episode called "Homer's Enemy". Oakley came up with the idea to create a nemesis for Homer Simpson.

"So I was like, 'Let's come up with a story about a guy who is the polar opposite of Homer and what happens,'" Oakley explained. "And then we took it to the writers room. And we all kind of mutually came up with this thing about Frank Grimes. And the thing about the Frank Grimes story is Frank is a humorless fellow and he pays the ultimate price. You can't tamper with the Simpsons' universe and you can't question it."

"So when we did 'Twenty-two Short Films,' everybody got to write a sketch for their favorite character," Oakley explained. "And I called (Superintendent) Chalmers and (Principal) Skinner. And Skinner had burned his roast. It goes back to the days of radio or vaudeville, a sketch where the boss is coming to dinner and something goes wrong. And Skinner's trying to pass off his burned hamburgers from a fast-food restaurant as his own cooking."

Oakley pays homage to steamed hams with his side hustle as a fast food critic. The annual awards are called "The Steamies." Oakley posts videos of his reviews on Instagram and Twitter. The entertainment news and business website, The Wrap, has dubbed Oakley the "Gordon Ramsay of Fast Food."

Does this mean that Gordon Ramsay is the "Bill Oakley of Good Comedy Served Quickly"?

"The thing that Gordon Ramsay is known for is obviously being brutally frank and sometimes kind of humorous in his derision. And I think that's where I become a Gordon Ramsay," Oakley replied.

Oakley has tried a lot of food from the Canadian province of Manitoba. What does he think of Manitoba cuisine?

Oakley says that Manitoba-made Greetalia Honey Dill Sauce "is possibly the best condiment I've ever had."

"I just can't believe everybody's not eating it all the time and it's not become a standard condiment that you get at McDonald's for your chicken nuggets because it's sweet. It has kind of a thick honey texture to it. But the dill gives it a certain unusual spiciness that really makes it noteworthy. And every time I make chicken nuggets, that's all I want is just to dip every one of them in Manitoba honey dill sauce."

Oakley is now working as the head writer and executive producer on season three of an HBO Max animated series called "Close Enough."

"It's about a young family. And also their divorced best friends who happen to live with them to save money on rent," Oakley explained. "And the show deals with a lot of relatable problems of being a young parent, but always kind of spirals into surrealism in a really funny way."

And if that's not enough, Oakley is also starting to manufacture vinyl toys.

"It sounds like I'm real busy, but in fact, most of these projects have been in gestation for three straight years and they all just happen to be coming together this month," he mused.

A delightful piece on my vinyl toy project @SightGagsInc from the awesome website https://t.co/mbC0VPiCpo https://t.co/NNfqCGqhbD