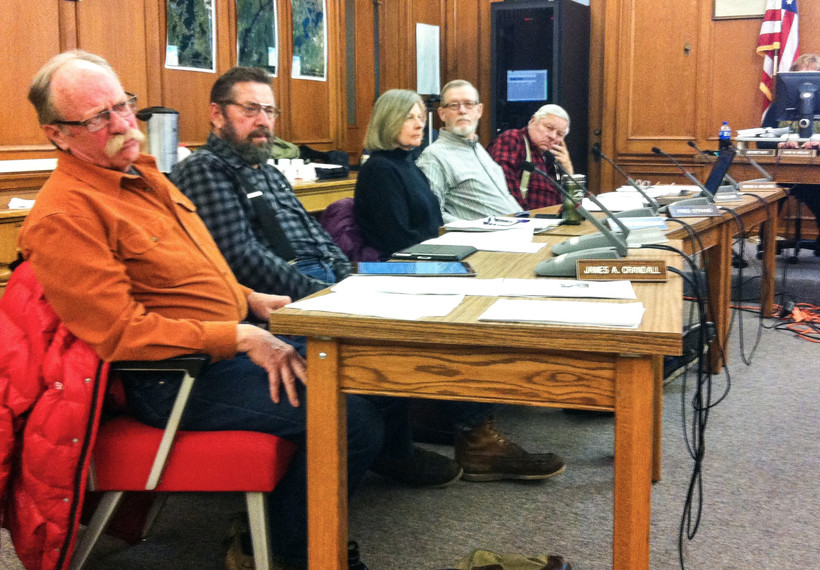 Bayfield County board members voted Tuesday to pass regulations on CAFOs that go beyond state rules.

Standards For Large Animal Farms Would Be Stricter Than State Rules
By Danielle Kaeding
Share:

The county’s efforts to adopt standards to protect public health and safety are raising questions about the state’s standards for large farms. For the past year, Bayfield County has been studying the impacts of large-scale agriculture and livestock operations.

A committee identified several risks, including transmission of diseases from animal manure, phosphorus runoff from fields to surrounding waterways and groundwater contamination from nitrates in fertilizers. The ordinances passed Tuesday night aim to minimize those risks by allowing local oversight of farm operations and adding restrictions on manure storage and spreading. Ted Eastlund, with Friends of the Eau Claire Lakes Association, said he supports the move.

"Even though the state of Wisconsin has limited a county’s control of siting of CAFOs, counties can implement strict operational requirements to protect public health and nuisances,” he told the county board.

Nearly a decade ago, Wisconsin’s livestock siting law set a uniform standard for local governments. The law controls where new or growing farms can be located as long as they’re meeting state standards for applying manure, controlling runoff and odor.

Linda Coleman, an attorney for Bayfield County, said a 2012 Wisconsin Supreme Court case ruled there's a difference between regulating where farms can be located and how they run.

"So, we’re trying to walk a line and stay on the side of operations – not siting," Coleman said. "This is pretty new terrain. It doesn’t exist anywhere else in Wisconsin at this point. It hasn’t been tested. To the extent that it would hold up in a legal challenge, it’s unclear."

The Wisconsin Pork Association has come out against the ordinances, saying state standards are sufficient for local governments to protect public health and welfare. Executive Vice President Tammy Vaassen said they’re concerned local standards will hurt farmers’ ability to grow and adapt to market conditions. She said the ordinances unfairly target Iowa-based Reicks View Farms, which plans to build a farm for 26,000 hogs in Bayfield County.

"Everyone is pointing the finger towards that one operation and not looking at the broad strokes that these ordinances could apply to current farmers within the county," she said, adding that the county can revoke an operations permit for a CAFO if it’s not following plans outlined in its application to operate in the county. "So if you make changes to your farm, you’re likely to face challenges with being able to maintain your permit."

A spokesman with Reicks View Farms declined to comment.

Mary Dougherty, Bayfield resident and co-founder of the sustainable agriculture group Farms Not Factories, said the county didn’t develop local standards with the intention of discouraging farms from building or growing.

"So, if Reicks wants to come in and be a good neighbor, we need to make sure that he operates his business in such a way where we can feel comfortable that he will respect and adhere to the values that we have," she said. "Which obviously are clean air, clean water and our quality of life in northern Wisconsin."

"I think they kind of set a new precedent tonight with this passage that’s never been done before," said Blanchard of the county’s vote. "I’m hoping that it works for the betterment of our region."

In the meantime, the county’s moratorium on CAFOs has ended, paving the way for Reicks to move forward with plans to build. The Iowa outfit is still working through the state’s permitting process for a Water Pollutant Discharge Elimination System permit.

County officials expect one or both ordinances will be challenged in court. The county’s ordinance to require more restrictions on manure spreading and storage for CAFOs won’t take effect unless the state agrees those measures are needed to protect the surrounding watershed.