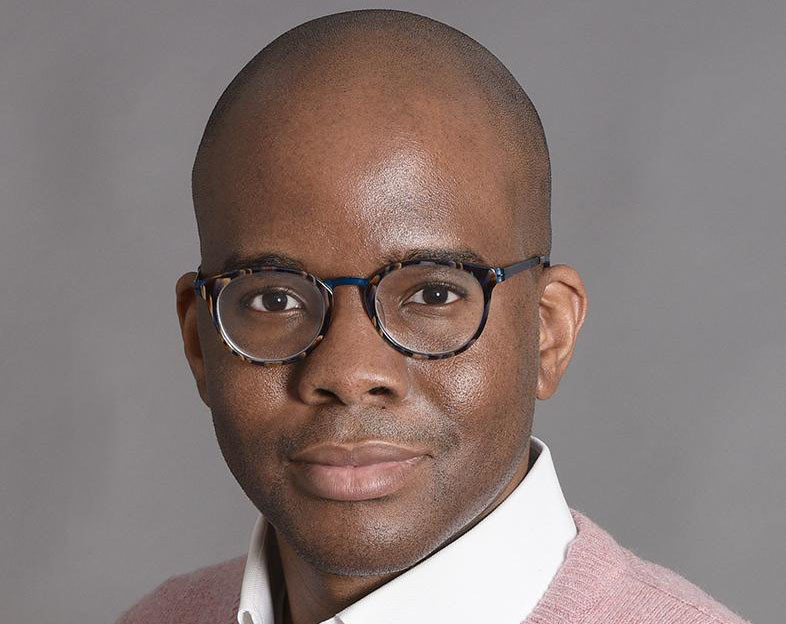 Tope Folarin is a Nigerian American writer. He won the Caine Prize for African Writing in 2013 and earned two master’s degrees as a Rhodes scholar.

Folarin's debut novel is called "A Particular Kind of Black Man." It’s about a Nigerian family living in Utah and the challenges they face adapting to American life.

The novel centers on Tunde Akinola and his family.

Tunde is born and raised in Utah while his parents are from Nigeria. Tunde's father comes to America to attend college and earn his degree. When Tunde is 6 years old, his mother begins to experience some kind of mental illness. At one point, she takes Tunde and his brother, Tayo, away from their home to a shelter. Eventually, she becomes sicker and returns to Nigeria. This leaves Tunde and Tayo alone with their father.

Folarin told WPR's "BETA" that his novel is about how Tunde experiences life and how he proceeds to construct his identity during his formative years.

During Tunde's first day at school, one of his classmates rubs Tunde's skin and then runs away crying to the playground attendant that the brown won't come off. Folarin said that he experienced something similar when he was growing up in Utah but it didn't happen quite the same way in real life.

"Somebody finally had the courage to come up and ask me why I was dirty all the time," Folarin said. "And I was completely flummoxed because I thought well, you know, actually I like taking baths and I don’t think I’m dirty. And the kid kind of pointed to me and said you’re always dirty and why don’t you take a bath? I remember a teacher kind of swooping in and trying to salvage the situation but not doing a very good job."

"And when I asked my father, he was completely beside himself. And I think part of it, too, was that he never thought he would have to deal with this," Folarin continued. "He’s from Nigeria, he’s from a place where he looks like everyone else, and so I don’t think he ever prepared himself to have the kinds of conversations that he had to have with his kids all the time about who they were and how they were still important despite what others might be saying about them."

Folarin said a lot of the novel, especially the beginning sections, are based on his own life experience.

"To be perfectly frank, when I started writing this, I wasn’t quite sure what I was writing. I thought maybe I’m writing about my life or maybe I’m writing fiction. And I just thought I’ll sit down and write and see what happens," Folarin said "And the thing that happened is that the more I wrote, the more that Tunde’s life began to diverge in a very substantial way from mine. So the broad outlines of his life are similar to mine. He grew up in Utah, I did as well. He spent his high school years in Texas, I did as well. He went to Morehouse College, I did as well.

In a 2013 profile, Folarin said he's been having the same conversation his whole life about where he fits in. Six years later, he's published "A Particular Kind of Black Man."

Throughout this self exploration, Folarin said he's come closer to understanding where he fits.

"I know that one core important part of my identity is that I’m an artist. And that centers me in a way that nothing else has before," Folarin said.

"I’m an artist and I create art and I interact with art. And that’s very important to me," he continued. "I think the other thing, and the most important thing, is that I have a family, that I’m married and I have a 2-year-old. And having a family has really done wonders for me in terms of like sort of rooting me certainly in a family, in this kind of unit that I belong to. Those two things have been really important to me."