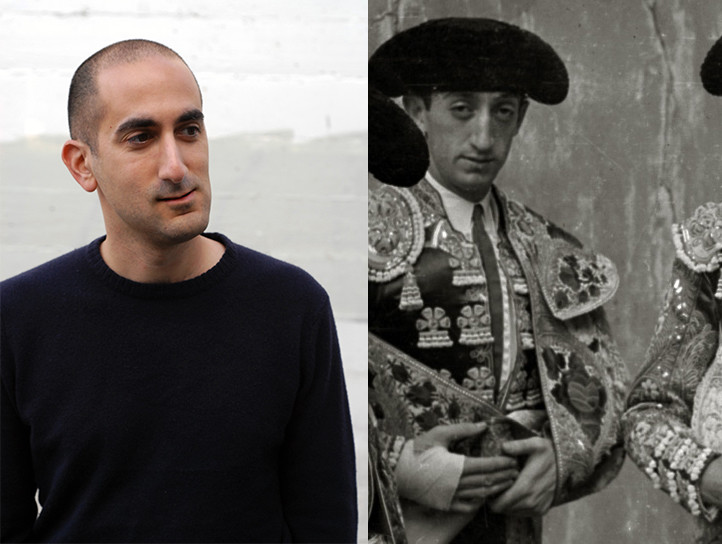 Author Jon Mooallem explores the question, 'Why are we not better than we are?'

'Serious Face' is one of the funniest, smartest and most perceptive essay collections you'll ever read
By Doug Gordon
Share:

Jon Mooallem is a writer at large for The New York Times Magazine and he has contributed to This American Life and 99% Invisible. He's also the author of an essay collection called "Serious Face."

If you read only one essay collection this year, you are not reading nearly enough essay collections. But seriously, no matter how many essay collections you've read, Mooallem's "Serious Face" is bound to be one of the funniest, smartest and most perceptive that you've ever read.

Mooallem has a way with words that is uniquely his own, whether he's writing about his bullfighter doppelganger or his weekly pandemic conversations with the iconoclastic screenwriter, Charlie Kaufman.

In the introduction to "Serious Face," Mooallem identifies the common thread that the 13 essays share: Why are we not better than we are?

"That was something that I had to put some real thought into as I was assembling the collection," Mooallem told Wisconsin Public Radio's "BETA."

"When I laid these pieces all out and had to think hard about how to introduce them, I thought about a line that popped into my head from a poem that I'd read about 20 years ago, and the line was just, 'Why are we not better than we are?'"

Mooallem said that this line of poetry jolted his brain into thinking that maybe that wasn't always the question that he was asking, but it was definitely the big question underneath many of the questions he was asking.

"And not just in a moral sense, like why are we not perfect angels who always do the ethically right thing? But also just like, why can't we get stuff done that we want to get done sometimes? Why do projects we embark on sometimes collapse for reasons that seem out of our control? Why are we not more honest or more efficient or more capable?," he said. "It just seems like there's a lot of human folly in these stories, inevitable human folly, which I think I've always tried to just kind of accept as part of life and not be too judgmental about it."

Has writing these essays helped Mooallem come up with an answer to the question?

"I'd like to say yes, and I'd like to uncork some beautiful little aphorism here to settle the question. But no, I don't I don't think there is an answer," Mooallem said. "You know, I think if anything, I think looking for an answer has been a huge dead end and distraction for me."

Although all the essays in Mooallem's book are fascinating, the essay "This Is My Serious Face" is especially intriguing.

Several years ago, two of his friends who were living in Spain sent him an email. There was no subject line and no words in the email. It was just a photograph.

Mooallem would occasionally show the photo of his doppelganger to his two other friends and they'd all laugh about it. Years later, Mooallem became curious and did some research. He learned that the bullfighter's name was Manolete.

"He was one of the most famous and renowned as the best bullfighter of his era in the 1940s," Mooallem said. "And when I bought a biography, I opened it up, excited to read about my doppelganger. And actually the first sentence that I read — this is no joke — the first sentence I read said, 'He has a face that's as dreary as a third-class funeral on a rainy day,' because apparently he was ugly. Everyone thought he was ugly. And so I was confronted with the ugly truth about this guy who looked just like me."

At one point, Manolete is described as "remarkably ugly." How did that make Mooallem feel about his own face?

"That was kind of the amusing thing about it. And I think why I ended up writing about it is because it didn't really faze me at all. I was kind of delighted by it," he said.

Mooallem said that he thought it was hilarious because he thinks describing someone as ugly is "pretty old-fashioned" and a "narrow-minded way of looking at the human form."

"I like the way I look and my face is pretty crooked," he said. "As I describe in the piece. It sort of never looks like I'm looking right at you because my chin is jutting out in one way and my nose is going in the other."

It took him a while, but Mooallem eventually made peace with the way he looks.

We at BETA like the way Mooallem looks, too.  And a lot of readers who read his essay when it appeared in The New York Times Magazine commented that he's a good-looking guy.

"I guess it was all a ploy to get America to tell me that I'm handsome, and it seemed to have worked," he joked.

Mooallem learned that Manolete was very ambivalent and conflicted about bullfighting, "not for any 21st century ethical enlightenment reasons, but just because he didn't enjoy it."

"And he felt abused by his audiences. Later in his career, they got bored with him because he was just too good," Mooallem explained. "He wanted to retire, and he planned on retiring until he was drawn back in by a very brash, kind of loudmouth, younger matador, who was manufacturing a kind of rivalry with Manolete."

Mooallem said that Manolete's lack of passion for bullfighting makes you wonder: When you seem like you're destined to pursue a certain path in life and yet you feel ambivalent about where that path will take you, what do you do?

"Is the noble thing to accept it and muscle up to accomplish whatever it is you're supposed to accomplish, what people expect of you?" he asked. "Or is the braver thing to kind of forge your own path? And I think it's easy to say, oh, we all forge our own path. But sometimes, you know, that's exactly what we're not supposed to do. We're supposed to just kind of accept our fate. And that's a very Zen thing to do. And the problem grappling with that piece is just how impossible sometimes it is to find that line between acceptance and defeat."

Mooallem views his experience of writing his narrative journalism as "a great gift."

"I think that if you pay close enough attention to anything, it's fascinating and often literally life-affirming in the sense that it reminds you about the volume and the richness of life on earth," he said. "And that's the way I feel and on my best days that carries over into my non-writing life, too — that feeling of kind of delight and amusement about the world. At a minimum, I would just kind of hope to give a glimpse of that same feeling to people."