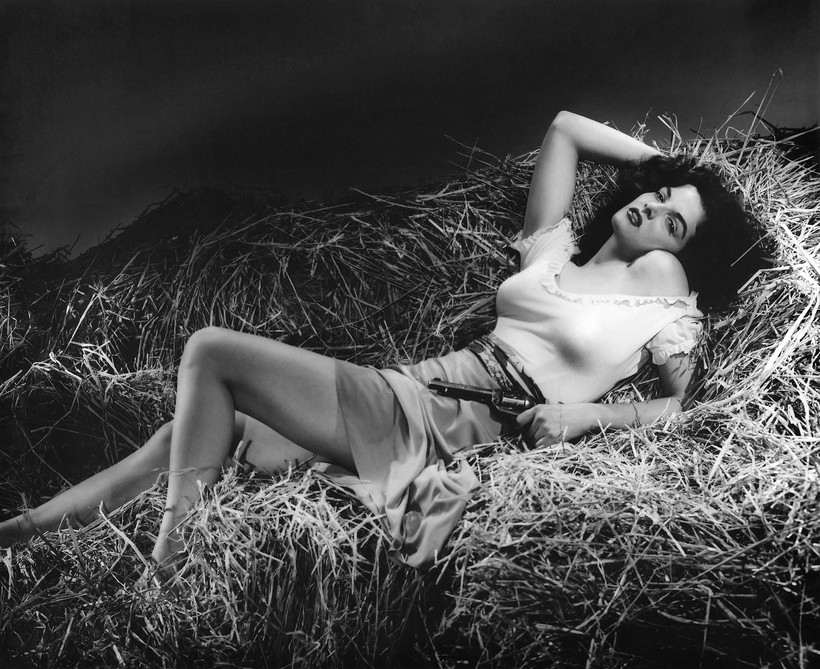 Karina Longworth is the host of the hit podcast, "You Must Remember This,"  which explores the secret and forgotten history of vintage Hollywood. Longworth is also the author of the book, "Seduction: Sex, Lies, and Stardom in Howard Hughes's Hollywood." The book explores how the millionaire objectified and sexualized women to make his mark as a movie mogul.

As Longworth told WPR's "BETA," Hughes was making films in Hollywood during the mid-1920s until the end of the 1950s, "and that's almost exactly what historians refer to as the classical Hollywood era. So that’s when the studio system is at its peak."

"It was a time of constant change and evolution, which included Hollywood's first wave and the studio system; the transition from silent film to sound; the establishment of a censorship board followed by the collapse of that censorship board," Longworth explained. "You have the Hollywood blacklist which comes about in the late-40s and early-1950s where the studios under pressure from government forces make a big deal about expelling supposed Communists from the industry. And Howard Hughes is involved in all of these things."

In her book, Longworth argues that Hughes "commodied male desire more blatantly than any mainstream filmmaker of his time and in turn helped produce an incredibly influential, sexualized image of womanhood that has impacted American culture ever since."

"It’s not like he invented the idea of women being sexy in movies," Longworth said. "I think that one of the reasons why cinema caught on as it did is this voyeuristic thing that both men and women can have in the audience of looking at beautiful people. That’s an exciting thing to do.

"But up to the point where Howard Hughes is making his first directorial effort, 'Hell’s Angels,' which he’s making in the late-1920s and was realized in 1930, the sort of manipulation of the audience’s desires was relatively classy, generally. I mean, there were some small glimpses of nudity in films but generally it was artistically done."

Longworth said that "Hell's Angels" is set during World War I and is supposedly about fighter pilots. But Hughes focused the film's marketing "around the promise of looking at Jean Harlow’s scantily-clad body."

"He designs this gown for her to wear that is completely threadbare. In black-and-white film, it appears to be the same color of her skin. It’s totally backless. And he sets this climactic scene around her wearing it and dancing with one of the male characters. And he just shoots her with her bosoms heaving.

"The entire marketing campaign is based around the image of Jean Harlow’s body," she continued. "So you have these posters where there’s a huge painting of her sort of like leaning back in a dress that’s falling off her and teeny-tiny images of airplanes all around her. So he’s selling the body, he’s selling the female body even though that’s not what the movie is really about."

In 1944, Hughes began work on a Western film called "The Outlaw," which marked the movie debut of Jane Russell.

The film was a story about Billy the Kid but the marketing focused on Russell's voluptuous figure. The censorship board gave the "The Outlaw" their seal of approval but they objected to the ways that Hughes promoted his movie.

"Hughes was doing things to market this film that had never been done before," Longworth said. "He sent a blimp over Los Angeles shaped like a breast. He had a skywriter draw two circles with dots in the air and under it, it said ‘The Outlaw is coming.’ There were newspaper ads in which there were cartoons of a man pinning down Jane Russell, which is essentially the rape scene in the film. And there were drawings of Jane Russell in newspaper ads where it looked like she was wearing no shirt. So it was this kind of thing that the censors pushed back on."

Longworth said the centerpiece of the film's marketing was a rape fantasy.

Near the beginning of the film, Billy the Kid meets a young woman named Rio, played by Russell. Rio knows that Billy the Kid killed her brother so she tries to attack him with a pitchfork.

"And Billy the Kid pins her down, gets rid of the pitchfork, and, as punishment for her coming at him with a pitchfork, he rapes her. And you don’t see the sexual violence but you can hear it. You know that he’s thrown her down behind this block of hay, and he’s pinning her down and you hear her struggle. So it’s very clear what’s happening," Longworth said.

"But then it seems confused because for the rest of the movie, she’s in love with him," Longworth continued. "And she’s almost a hypnotic slave to him. It completely changes her personality in a way that is extremely unrealistic. And it makes it seem like what Hughes was trying to convey was that if you encounter a feisty, independent woman, you have to tame her."

Does Longworth see a connection between her book and the current #MeToo movement?

"I finished it actually before the Weinstein revelations came out. Or at least I finished the first draft," she said. "So, I don’t see it as a #MeToo book at all. It’s not influenced by that movement. This is history, you know, this is stuff that happened a long time ago. If anything, I see parallels not between Howard Hughes and Harvey Weinstein or any of those people but between Howard Hughes and Donald Trump.