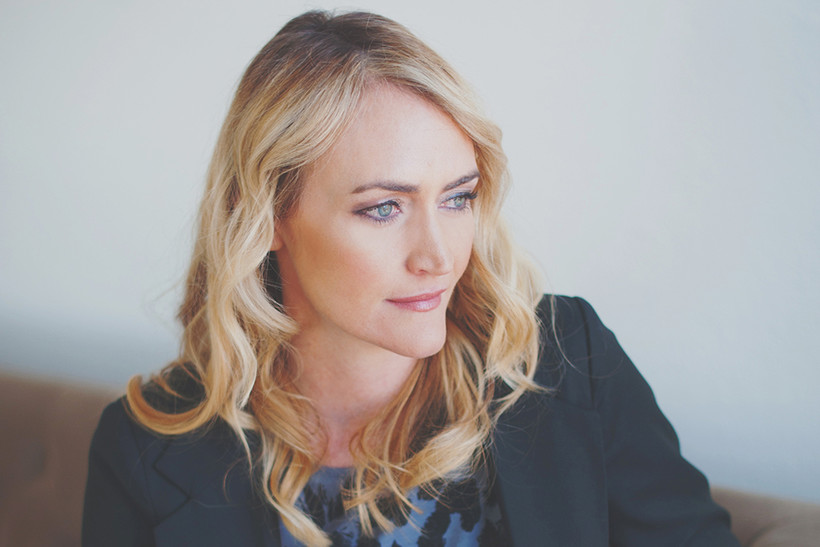 In 2001, Heather Armstrong created the website dooce.com — an extremely popular and personal "mommy blog" where she opened up about life, work, motherhood and depression.

After an appearance on "The Oprah Winfrey Show" in 2009, her web traffic surged even more. But, just three years later, she was splitting with her husband and not in the mood to open up about it in a public forum.

"It was my story that I wanted to keep secret and people were very angry at me and they took that anger out on me because I wouldn’t talk about it," Armstrong told WPR’s "BETA."

That backlash from her readers and the new reality of being a single mom took its toll on Armstrong. Her life took on a hamster wheel repetition with very little happiness.

"Although I love my children, I felt like what I was doing was providing basic needs and I felt helpless because I couldn’t keep up with it all," she said.

That despair drained Armstrong and she writes about her experiences in her book, "The Valedictorian of Being Dead."

While Armstrong had grappled with suicidal thoughts previously, her world bottomed out in 2016.

"I remember falling to the floor and feeling a very dark feeling overcome me and that dark feeling was so scary that I knew I needed to reach out to someone," she recalled.

That someone was Armstrong’s mom. Her mother immediately knew something wasn’t right. She insisted that she remain on the phone with her while she drove to Armstrong’s house so they could talk the entire time.

Armstrong’s mother forced her to visit her psychiatrist. Armstrong was scared to be as candid with her doctor for fear of losing custody of her two daughters. Her doctor was more sympathetic.

"He looked at me and just shook his head. He says 'you don’t have to say a word; I know exactly what you’re feeling. The depression has stolen your eyes,'" she said.

Instead, he had a more radical recommendation. He ran the ECT (electroconvulsive therapy) clinic at the University of Utah and explained an experiment they were undergoing. Through anesthesia, they were mimicking the results of ECT without the side effects.

The procedure was called "burst suppression" and it was based off an Austrian study from the 1990s. It used Propofol anesthesia to essentially "flatline" and subsequently reboot the brain. Armstrong was only the third person to undergo this trial in the United States. She would voluntarily enter a medically-induced coma 10 times.

"I went down and they kept me at the burst suppression state for about 15 to 18 minutes and then they waited for me to come back up," she explained.

That first time, however, it took nearly two hours for Armstrong to come back. It was incredibly harrowing for Armstrong’s mother and family as they waited for her to breathe on her own again.

Armstrong said the effects of the procedure were elemental. She explains that when you’re depressed, you don’t necessarily realize that you’re feeling better. She noticed that she had begun to shower and put on make-up again and dress in clean clothes.

"After the fifth treatment, I came home and I didn’t feel drowsy or groggy and I experienced music and light and color in a way that I had not ever experienced before," she said. "Almost like I had been reborn."

Armstrong was fearful that the results would be temporary and reverse themselves. Her doctor explained that her state should only get better with each successive session. She was one of 10 trial patients and said, "When it was over, I was just gloriously happy and remain so."