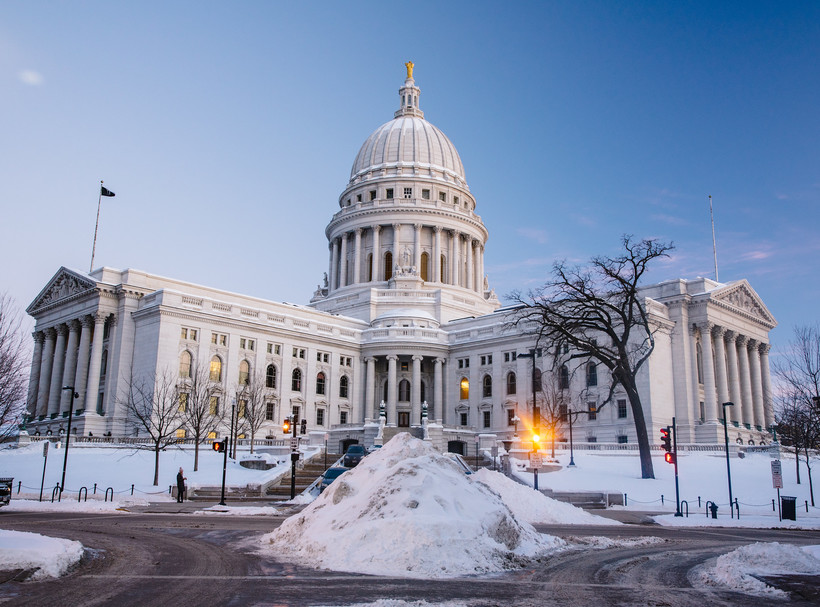 A proposal that loops language about immigration and private school vouchers into a plan aimed at preventing another backlog of sexual assault kits in Wisconsin passed the state Assembly on Tuesday evening.

The bill passed on a vote of 62-36, with Republicans voting in favor and Democrats against.

The Republican-backed plan emerged last week after months of conflict between GOP lawmakers and Democratic Attorney General Josh Kaul, who has pushed for an Assembly vote on a bipartisan plan to address how the state processes sexual assault kits.

The conflict stems from the discovery in 2014 of about 6,000 untested sexual assault kits in the state. The backlog was eliminated about four years later, but Kaul and a number of lawmakers say policies to prevent the same thing from happening again need to be put into law.

The Republican chair of the Assembly’s criminal justice committee, however, has said law changes are unnecessary.

The new, GOP-backed bill would, in addition to setting timelines for sexual assault kit processing, require police to report accused assailants who are in the country illegally to U.S. Immigration and Customs Enforcement (ICE). It would also allow victims of sexual assault to join the state’s private school voucher program, which uses taxpayer funds to pay for private school attendance, regardless of the student’s previous eligibility for the program.

"Allowing for school choice to be triggered at that moment seems to me to be compassionate," Assembly Speaker Robin Vos, R-Rochester, said before the vote.

But Democrats called the new provisions about immigration and voucher schools — issues that typically fall along party lines— "poison pills."

Assembly Minority Leader Gordon Hintz, D-Oshkosh, called the GOP's bill "one of the most transparent decisions about poison pills that I’ve seen."

"The action today will ensure that nothing happens this session on testing rape kits. That’s a decision (Vos) has made, denying justice to victims," Hintz said.

Hintz said he believes Democratic Gov. Tony Evers should veto the proposal if it makes it all the way to his desk.

The plan has yet to be voted on in the Senate.

The Assembly also passed a set of proposals that would increase criminal penalties in Wisconsin, as opponents raised concerns about the cost of growing Wisconsin's already over-capacity prison population.

One approved bill would require the state Department of Corrections to recommend revoking an individual’s extended supervision, parole or probation and send them back to jail if they are charged with a crime while on extended supervision, parole or probation. The DOC estimates the plan would require the state to build two new prisons and cost about $55 million in its first year and $156 million annually in years following.

Vos said Tuesday he believes those numbers are inflated.

Supporters of the proposal, including Rep. Rob Hutton, R-Brookfield, say it would remove violent offenders from Wisconsin communities.

"We’re trying to send a message to the community that Republicans are serious about community safety," Hutton said.

Rep. Joe Sanfelippo, R-New Berlin, said law enforcement officials have told lawmakers they're arresting "the same people over and over and over again."

Democrats argued the state needs to invest in programs that offer alternatives to incarceration.

"This, today, is the last gasp of the tough on crime era in Wisconsin," said Rep. Evan Goyke, D-Milwaukee. Goyke cited bipartisan efforts across the country to decrease prison populations.

"We are going in the opposite direction today," he said.

Another plan in the package would expand the number of crimes for which a juvenile offender could be incarcerated. That comes as the state continues to grapple with closing its troubled youth prison, Lincoln Hills and Copper Lake. That bill passed on a vote of 60-38.

Another proposal would bar anyone who has committed a violent crime, like homicide or aggravated battery, from being released early from probation. It would also expand the list of violent crimes that exclude someone from being eligible for early release to parole or extended supervision. That bill passed on a vote of 61-37.

None of the bills have been voted on in the Senate.

The measures, which are part of a larger criminal justice plan from Republicans, would likely face vetoes from Evers, who has said he would like to decrease the state's prison population.

Bill Would Punish Some Campus Protesters

Lawmakers on Tuesday also voted to approve another bill that would require the University of Wisconsin System to suspend or expel students who repeatedly disrupt campus speakers or presentations with protests.

The plan passed on a vote of 62-37, with most Republicans voting in favor and Democrats against. Rep. Shae Sortwell, R-Two Rivers, joined Democrats in voting against the bill.

Supporters of the plan argue it will protect free speech, while opponents contend it will have a chilling effect.

"We should not be expelling or suspending students because we don’t like the way they’re expressing themselves," Anderson said.

Rep. Scott Allen, R-Waukesha, said the country is "in the midst of a cultural war."

"I think it’s the responsibility of a university to provide instruction to students about how to conduct themselves in a civil manner," Allen said.

The measure was first introduced during the last legislative session, but failed to pass the Senate.

It has yet to be voted on in the Senate this session. If the measure does pass the Legislature this session, it faces a likely veto from Evers, who has said he opposes the change.

Other Plans Up For Votes

Other measures under consideration Tuesday would:

The votes come as lawmakers are expected to wrap up work for this legislative session by the end of March.