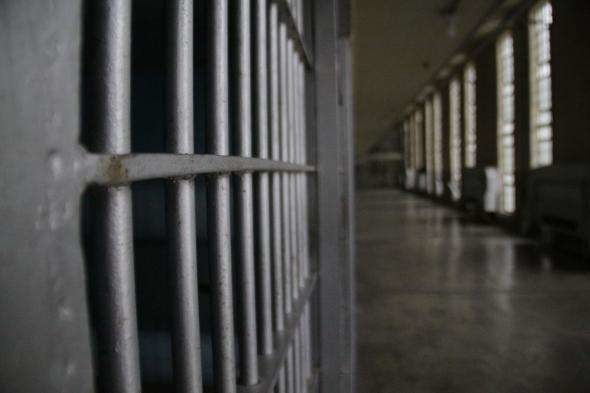 State Assembly lawmakers clashed Thursday over a set of proposals that would increase criminal penalties in Wisconsin, with opponents raising concerns about the cost of increasing Wisconsin's already over-capacity prison population.

Several bills in Republicans' "Tougher on Crime" package, which was unveiled earlier this month, were subjects of concern during a meeting of the Assembly’s Criminal Justice and Public Safety Committee.

Sen. David Craig, R-Big Bend, one of the bill’s sponsors, said the GOP-backed plan is in response to crime in Milwaukee and other southeastern Wisconsin communities.

Craig said some individuals have been given "too many chances."

Democrats on the committee, including Rep. Shelia Stubbs, D-Madison, pushed back. Stubbs argued the best way to reduce crime is to provide formerly incarcerated individuals support and services in the community.

"We have to stop isolating people and get them the services and the help they need," she said. "I ask you to please reconsider the process in which you’re going to further incarcerate someone who has never really been given a fair chance."

Some Republicans on the committee also raised concerns. Rep. Michael Schraa, R-Oshkosh, said the cost of putting individuals back in prison would be too burdensome for the state.

"This is going to cost the state a lot of money," Schraa said. "My question is, where are we going to come up with the money for this?"

A similar bill, which failed to pass last session, was linked to $350 million in borrowing for the state to build more prison space.

Schraa also pointed out Wisconsin’s prisons are already overcrowded and operating above capacity. According to a 2019 report from the Legislature’s nonpartisan research office, Wisconsin correctional institutions were operating at about 134 percent capacity in 2018.

Rep. Cindi Duchow, R-Town of Delafield, raised concerns about individuals being sent back to prison for being charged with low-level offenses while on parole.

"I totally get this, I look at the statistics in Milwaukee on a regular basis and it’s scary, but I also don’t want to clog up our courts and our prisons with someone who stole a pack of cigarettes," Duchow said.

A number of groups have registered their opposition to the bill, including the Wisconsin Counties Association, Wisconsin Coalition Against Sexual Assault and Wisconsin Justice Initiative, Inc.

Another related proposal in the package would bar anyone who has committed a violent crime, like homicide or aggravated battery, from being released early from probation. It would also expand the list of violent crimes that exclude someone from being eligible for early release to parole or extended supervision.

Current law allows someone to be released from probation after completing half of their sentence. It also allows someone to petition for early release if they’ve reached a certain age or have an "extraordinary" health condition, even if they were incarcerated for a violent crime.

Another plan in the package would expand the number of crimes for which a juvenile offender could be incarcerated. That comes as the state continues to grapple with closing its troubled youth prison, Lincoln Hills and Copper Lake.

Other bills in the package are related to court proceedings in domestic violence cases.

One measure, sponsored by Sen. Alberta Darling, R-River Hills, and Rep. Dan Knodl, R-Germantown, would make it a felony to attempt to intimidate a victim of domestic abuse before they testify in court.

Gormal called lawmakers intent "laudable," but argued the state should be offering more resources to victims, rather than using money on increased penalties for offenders.

Another bill would give a domestic violence victim the option to offer testimony by video conferencing or deposition, rather than requiring them to appear in court. That plan is aimed at making testimony less traumatizing for victims.

None of the proposals have been voted on yet in an Assembly or Senate committee. Their time to make it through the legislative process is dwindling, as lawmakers are expected to wrap up business for this legislative session by the end of February.

The measures, if passed, would also likely face a veto from Democratic Gov. Tony Evers, who has said he would like to decrease the state's prison population. Evers' top corrections official, DOC Secretary Kevin Carr, released a statement on Thursday opposing a number of bills in the package.

"Wisconsin is already an outlier when it comes to criminal justice and (these bills) move us in the wrong direction," Carr said.