Skip to main content
Are There Enough Young People In Rural Wisconsin?
Voters Worry About Stagnation In Their Towns
Home
/
Beyond The Ballot
Thursday, May 10, 2018, 6:00am
By
Bridgit Bowden
Share:

The Applied Population Lab at UW-Madison projected that 15 of Wisconsin's 72 counties will have smaller populations in 2040 than they did in 2010.

Alana Voss, 25, grew up on a family farm in Mauston. Like a lot of young people, she left her town to go to college at the University of Wisconsin-Platteville. And right after she graduated, she moved back.

"I could have waited, and came back a little bit later in my life," she said. "My parents never forced me."

She got a job with UW-Extension in Juneau County and helps out on the farm. But she’s worried there aren’t enough people her age doing what she did.

"Everything's going on in the big cities but a lot of times in the rural communities you're stagnant," she said. "You need money to do this, you need money to do that and it's hard to get the money when you don't have new individuals coming into the community or new businesses." 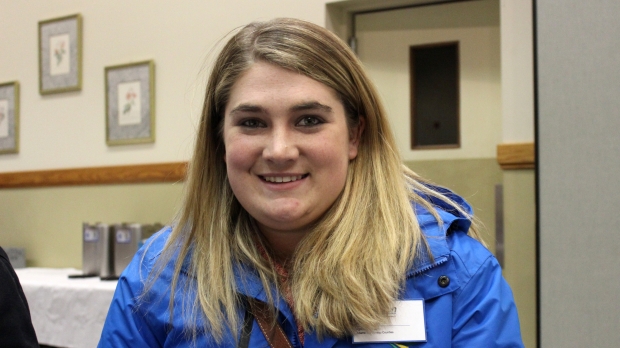 And Voss isn’t the only one concerned about this.

Research shows the loss of young adults raises the cost of schools, public services, and recreation for individuals. The Applied Population Lab at the UW-Madison projected that 15 of Wisconsin's 72 counties will have smaller populations in 2040 than they did in 2010.

There are other things that they have in common, like affordable housing and restaurants. Most of them are near bigger cities, and the highways needed to get there. There are very few places in the northern part of the state that made the list.

"There's a way that we can keep what's so good about these small communities the same, but also bring new voices and ideas into them to make sure that they stay alive and that they stay vibrant," Jeff Wright said.

Jeff Wright is the assistant superintendent for the Sauk Prairie School District. He grew up in Wisconsin, then moved away for a while. He decided to come back and raise his family on a farm near Spring Green. He likes the rural lifestyle, but sees a need for modernization.

"There's a way that we can keep what's so good about these small communities the same, but also bring new voices and ideas into them to make sure that they stay alive and that they stay vibrant," he said.

Access to high-speed internet throughout rural Wisconsin is one of the things that needs to be improved to attract more young people, Wright said.

"If you wanted to open a business in rural Wisconsin that required an internet connection, would you be able to do that where you wanted to live?" he said. "Or if I wanted to live on our farm but my wife worked digitally, could she do that from our farm?"

Wright is also running for state Assembly in the 51st District against incumbent Rep. Todd Novak, R-Dodgeville, who says he’s also concerned about population loss. Novak thinks a loan forgiveness program could entice young people to move to rural parts of the state.

"For example, if someone from my district goes to college and becomes a teacher or becomes a dentist or becomes whatever, we are able to have them come home and work back at home and set up a loan forgiveness program for rural areas," Novak said.

There’s a huge need for medical professionals in his area, including mental health experts and nurses, Novak said. And he hopes young people will be the ones to fill those gaps.