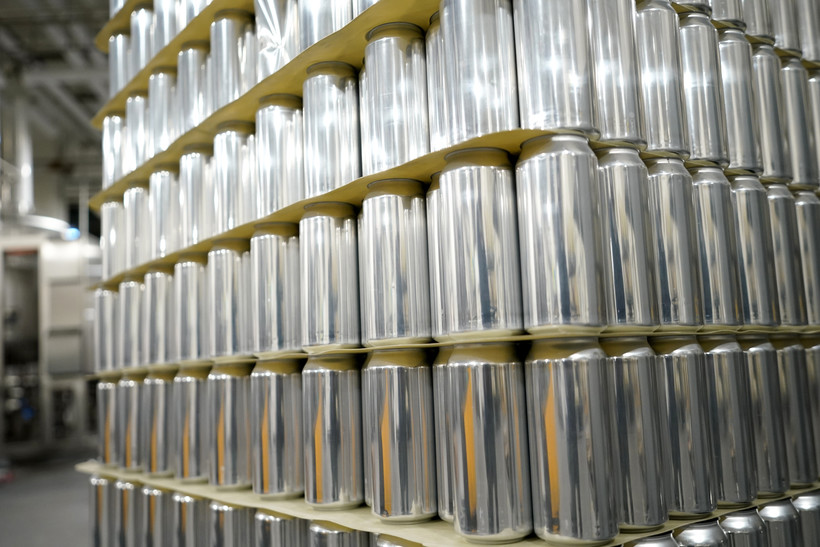 Aluminum cans are still hard to come by for beverage companies

Sean Kingston is head of WilCraft Can, a mobile canning company that travels around Wisconsin and surrounding states to help craft breweries package their beer.

He said the COVID-19 pandemic created a surge in demand for aluminum beverage cans, as breweries of all sizes shifted away from kegs to packaged products that could be consumed at home.

More than a year later, the supply of cans is still limited. Kingston said every buyer, from small packaging businesses like his to the national brands, have a specific allocation of cans from the companies that make them.

"We created an allocation with the specific can supplier we’re working with late last year," Kingston said. "So they are able to provide us with our allocated amount. We actually only had one miss on an allocation, where they were not able to supply."

Kingston said he ended up going to a third-party supplier, which buys cans in large quantities from manufacturers and sells them at a premium to smaller producers.

He said any company that’s hoping to add to their capacity or create a new product right now is out of luck.

"You can't really change your demand that sharply just because basically all of the can volume that is out there is practically spoken for," Kingston said.

Mark Garthwaite, executive director of the Wisconsin Brewers Guild, said the tight supply isn’t like other supply chain disruptions, where shipping delays or a shortage of parts is slowing production.

Garthwaite said brewers using pre-printed cans have faced the biggest delays, sometimes waiting an extra three to four months for their cans. He said some producers have switched to using unlabeled or "bright" cans and applying their own labels. But that comes with its own ripple effects.

"Not every brewery is equipped to do that," Garthwaite said. "Many of the smaller breweries that are equipped to (use bright cans) would then see a risk of depletion of the bright can supply for them."

Breweries are not the only companies that are contributing to more demand for beverage cans.

Just like the shift away from kegs, Garthwaite said soda companies sold less from fountain machines during the height of the pandemic and shifted more production to packaged products. At the same time, major bottled water companies started shifting away from plastic bottles to aluminum because it’s more sustainable.

"Innovation in other beverage categories like ready-to-drink cocktails and hard seltzers has really increased the amount of aluminum cans that are going into other sectors as well," Garthwaite said. "There’s just been a significant increase in demand for those cans that there's not much we can do until manufacturing capacity increases."

Kingston said the growing market for seltzers and canned cocktails has made getting slim cans and other special sizes "next to impossible" for his business.

He said there have been increased imports of cans from Asia in the last year. But Kingston said U.S. manufacturers are moving as quickly as possible to increase production because the current demand seems to be here to stay.

"That's one piece of the puzzle that should help alleviate this burden. Running on allocation just isn't smart on the producer’s side long-term either because they're really missing out on potential sales," Kingston said.

He said it will still take years for new plants to come online. And that's part of why his company has invested in new technology to repurpose cans that were misprinted and would otherwise end up recycled. By stripping the print and relabeling the cans, Kingston said he's hopeful they can tap into a whole new supply of cans for their customers.