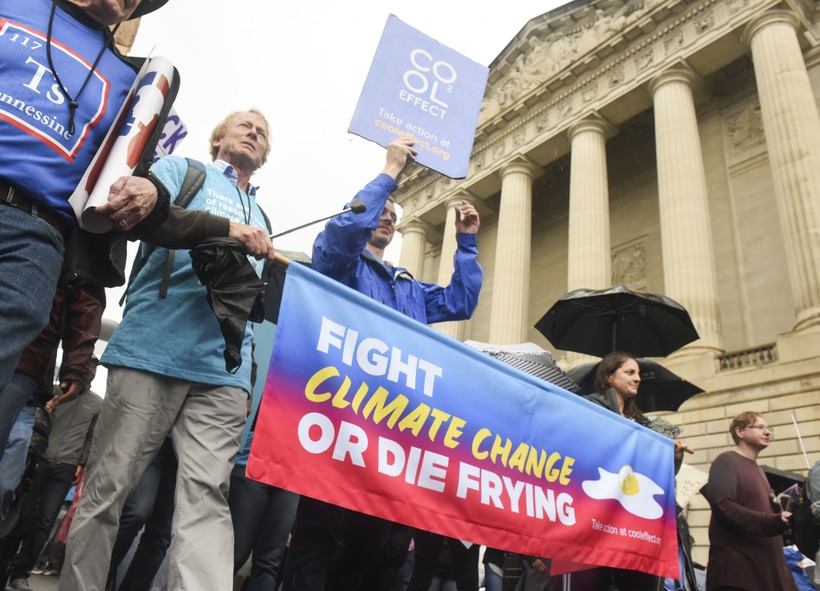 After March For Science, Groups Look To Educate Public, Be Resource

Two Wisconsin groups say their efforts to promote sound science will continue beyond the Saturday marches that brought thousands of people out across the state and more across the globe.

Members of the recently formed Wisconsin’s Green Fire: Voices for Conservation took part in a March for Science, a national and global movement originally billed as a nonpartisan event, on Earth Day. But many attendees across the United States chanted and told reporters the Trump administration is a threat to the environment and science, and wanted to call attention to climate change and potential budget cuts to organizations tied to scientific research.

And now that the marches are over, the next step is for the group's 70 active and retired federal and state scientists to be a source of accurate information, said Terry Daulton, a coordinator for Wisconsin's Green Fire.

"Policy statements on big issues like climate change or water quality and the importance of those things to the public, but also be available for when things come up," Daulton said. "We would have a referral service for scientists who have expertise in those areas and are able to speak."

Many scientists who have left the public sector still want to contribute to the quality of life in Wisconsin, Daulton said. Another group, Milwaukee Area Science Advocates, plans to support science education in the schools and community, public health and sustainability.

Brandon Gross, a water researcher at the University of Wisconsin-Milwaukee and member of Milwaukee Area Science Advocates, said his group will advocate for science education and try to be a resource on policy debates.

Gross also said there are many issues to tackle.

"The reduction of funding for scientific efforts, funding for conservation and sustainability efforts, also just things like gag orders, things like the government being barred from using terms like climate change or talking about sustainable energy," Gross said.