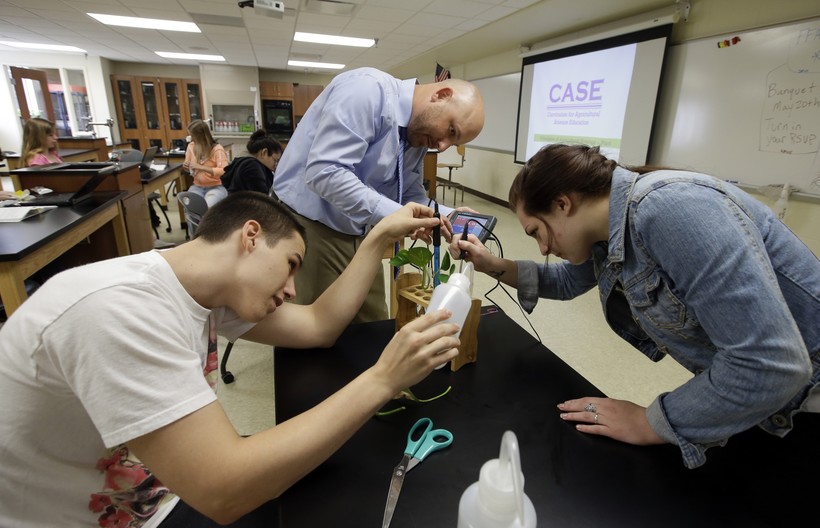 Thousands Plan To 'March For Science' Around The Globe Saturday

When a pediatrician in Flint, Michigan, discovered dangerous levels of lead in children’s blood, she did something untypical for a scientist.

She held a press conference.

It was a risk. She was criticized. But, she said, the need was pressing.

"It is important for us sometimes to cross those lines," Dr. Mona Hanna-Attisha said. "Especially when a community’s public health and safety is at stake."

Hanna-Attisha wants to encourage other voices in the science world to step out of the box like she did. That’s why she said she is an honorary co-chair for this weekend’s March for Science.

More than 500 marches are planned this Saturday around the state and around the globe — from Ashland to Kenosha, to Washington, D.C., to Australia.

"I hope that my involvement inspires other scientists, especially younger women scientists, to use their very credible voices to advocate for their communities," she said.

Billing itself as nonpartisan, the march calls "for science that upholds the common good and for political leaders and policymakers to enact evidence based policies in the public interest," according to the march's website.

"We have to become better at communicating science to the general public," said Bassam Shakhashiri, a chemistry professor at the University of Wisconsin-Madison. "And this march is one event in a process that will continue establishing the presence of science in our society."

Shakhashiri is passionate about science literacy, which he said is vital to democracy.

Hanna-Attisha and Shakhashiri said they want to continue to fight for the credibility of science, as well as ongoing collaboration between scientists, engineers and the general public.

"I’m marching to really show the world and our current administration that science is something we value," Hanna-Attisha said.

Each march is independently organized. There are 13 planned in Wisconsin.