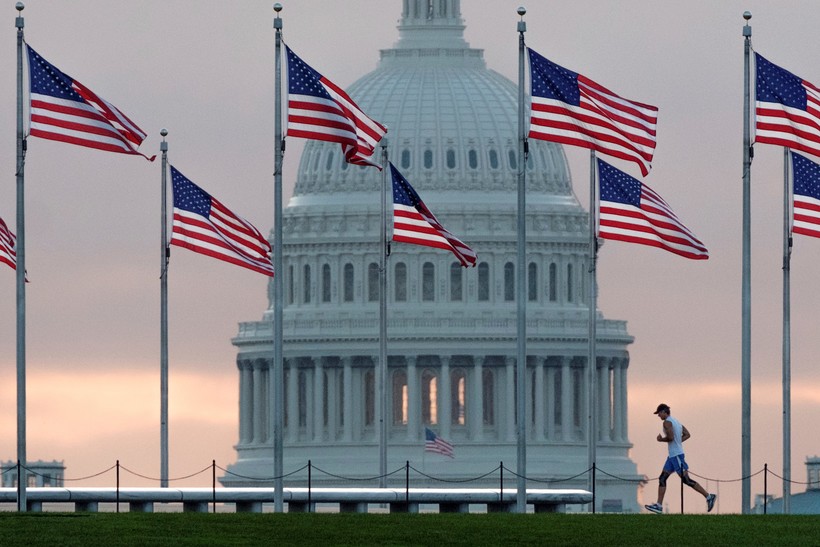 A early morning runner crosses in front of the U.S. Capitol as he passes the flags circling the Washington Monument, Wednesday, Sept. 27, 2017, in Washington. J. David Ake/AP Photo

Duffy made the remarks during President Donald Trump’s stop in Mosinee to rally support for Wisconsin Republicans, including Gov. Scott Walker and state Sen. Leah Vukmir. Duffy is also hoping to clinch northern Wisconsin’s 7th Congressional District seat for a fifth term in a race against Democrat and Polk County attorney Margaret Engebretson, who has been running a grassroots campaign, and Ken Driessen, of Hayward, who is running as a direct participatory democracy candidate.

The 7th Congressional District is considered a solid Republican stronghold, according to the Cook Political Report. Voters in the district elected Trump by a wide margin in 2016. Duffy has also been an ardent supporter of the president on issues such as immigration, trade and taxes. 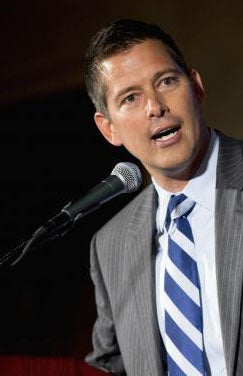 At a recent rally in Superior, Duffy said the $1.5 trillion tax bill approved last winter reduced tax rates for all. Reforms cut individual tax rates across the board, but it cut the corporate tax rate from 35 percent to 21 percent. As more revenues have been collected from individual taxpayers, Duffy acknowledged less money is coming in from corporate taxes.

"I do think it takes time to see the repatriation where people bring their businesses back into our country," Duffy said. "They’re doing the reinvestment right now. As those investments are made and companies re-transition back to America because of tax reform, you’re going to see corporate tax revenue increase to the federal coffers."

Engebretson is doubtful tax reforms will increase revenues for anyone other than corporations and the wealthy, calling the bill a "reckless" piece of legislation based on trickle-down economics.

"We have done this over and over in our country, unfortunately, where we give huge tax breaks to corporations and they’re going to invest in more workers, higher wages, and it never ever pans out. What ends up happening is that executives and stock owners — they see their portfolios grow," said Engebretson. "When you concentrate wealth in fewer people, you are not going to get that money put back into the economy. The best way to grow an economy is to raise wages."

"They’re almost rewarding people for banking overseas and taking all the industry overseas," Driessen said. "It’s like a trickle-down thing they tried during the Reagan times, we don’t need that. That’s not going to help actually workers." 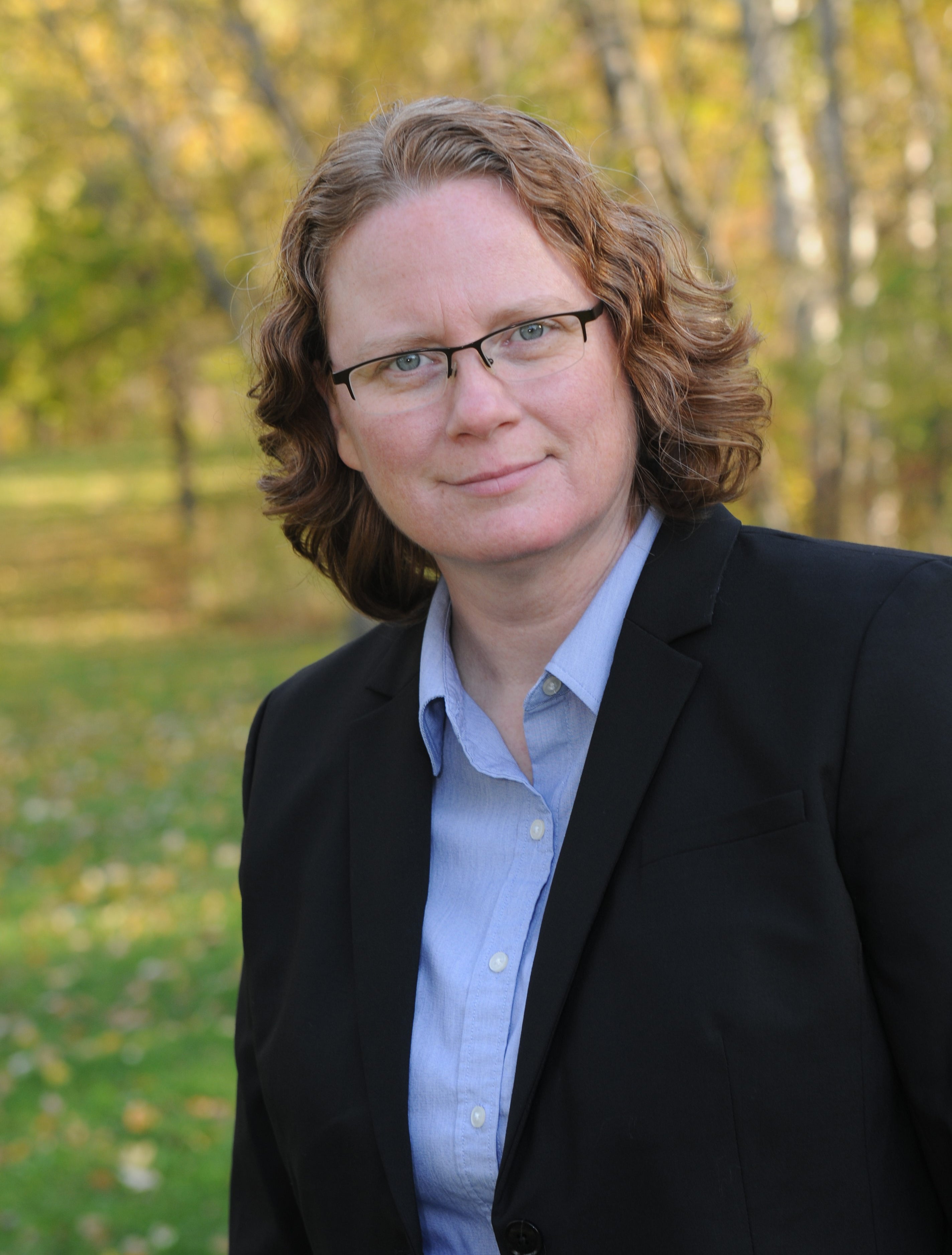 Duffy is a proponent of repealing the Obama era federal health care law, the Affordable Care Act, and replacing it with a free-market system based on competition.

Duffy said additional rules and regulations have distorted the insurance market, leading to higher premiums and deductibles. Duffy thinks the way to move forward is to send federal money to states and allow them to decide on a health care system that works best for residents. The incumbent has strongly opposed a Medicare-for-All model, arguing it would increase government spending by $32 trillion with no clear answers from Democrats on how to pay for it.

"The real answer is they’re going to raise your taxes," Duffy said. "You have to almost double the tax rate in America to pay for that."

On the other hand, Engebretson supports transitioning to a single-payer system that covers people from the day they’re born. She said people have been at the whim of private insurance companies, noting pharmaceutical costs are out of control. But, she said any transition wouldn’t be like flipping a switch.

"We will have to systematically and carefully implement the system," Engebretson said. "In the end, we will end up paying less overall for our health care."

Driessen also supports the idea of universal health care, conceding that taxes would likely need to increase to fund the system.

"You would increase the Social Security and Medicare taxes a little bit," Driessen said. "Then, also, some of these tax breaks that we’re giving to the extremely wealthy, we’re going to have to turn some of that around." 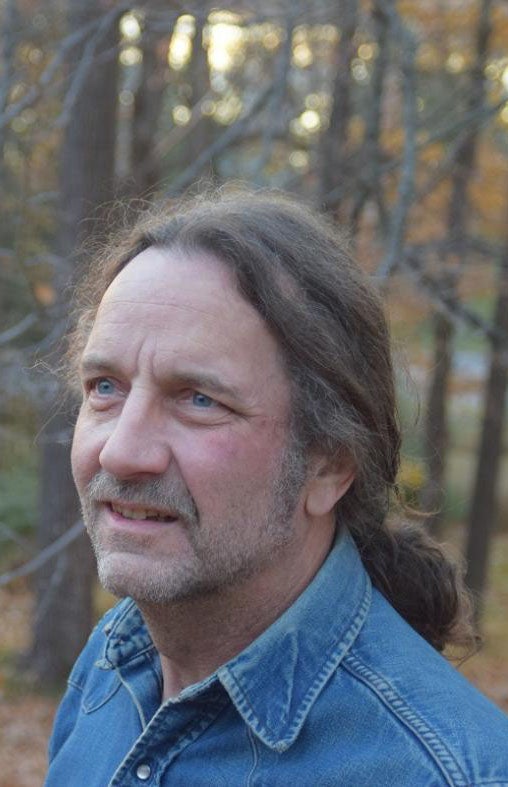 Duffy has also been a strong supporter of Trump’s position on trade. He said the president is trying to renegotiate deals that are better for American workers. He argued foreign countries have placed taxes on their goods while the United States has had more of an open market. Duffy said the president is pushing back with tariffs.

"If we have equality in trade, you’re going to see even greater growth, better wages for our manufacturers and our workers," Duffy said.

However, Engebretson said tariffs on aluminum and steel have created repercussions across the supply chain.

"Because he put these tariffs on, we’re having issues with ginseng farmers in Marathon County," she said. "We had Harley Davidson decide to bring a plant over to the European Union because of this."

Harley-Davidson Inc. announced in June it would shift some of its motorcylce production work overseas because of retaliatory tariffs from the EU. Harley has not revealed plans to move a plant to the EU. The company has manufacturing plants in the United States, Australia, Brazil, India and Thailand, according to the company's website.

Driessen opposed tariffs and said the U.S. would be more competitive internationally if it first addressed costs related to health care.

Duffy said the U.S. needs to secure the border whether "part of it’s with a wall or with technology" in an interview that aired on WPR’s "Central Time." He added that Congress also needs to provide immigrants living in the country illegally with a path to citizenship.

"Deal with the DACA kids. If you want, give them a path to citizenship," he said of immigrants living in the country illegally who were brought here as children. "Then, what we have to do is allow far more work visas so we can let people come into the country and meet the demands of our economy that aren't being met by the American worker."

Engebretson told WPR’s "Central Time" that Congress should provide a path to citizenship for all of the roughly 11 million immigrants living in the country illegally.

"They're working, they're paying taxes, and we must provide a pathway to citizenship for those who are law-abiding and following the rules," she said.

Duffy said an internal verification system is needed to ensure people are working in the country legally, while Engebretson said Congress should reform the visa system to eliminate problems.

Driessen said he would ask people to think about why people come to the U.S. in an interview with WPR’s "Central Time." He pointed to conflicts like the Iraq War that have claimed many lives.

"And some people there work on our side, providing information and working with our soldiers, and they're saying that they can't come here," Driessen said. "That's pretty nasty."

Duffy and Engebretson are set to take part in a 7th Congressional District debate at 6 p.m. Thursday at Lakeland Union High School in Minocqua. Driessen was not invited.