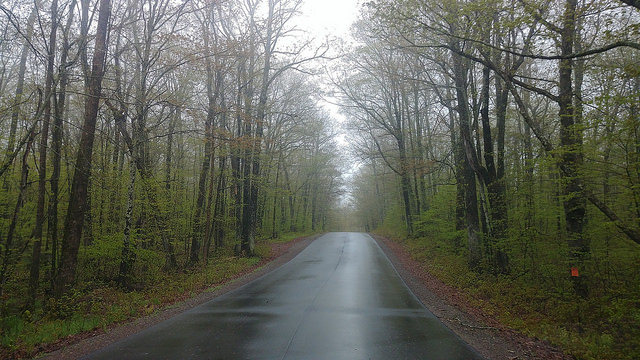 Road in the Chequamegon-Nicolet National Forest. Ty Nigh (CC BY)

Money Will Be Used To Rebuild Roads Washed Out Since 2016
By Rich Kremer
Share:

U.S. Sen. Tammy Baldwin's office reports the senator has secured $17 million in emergency federal road repair funding to pay for road damage in northern and western Wisconsin stemming from severe flooding in 2016 and 2017.

The money comes from the Federal Highway Administration with most of it slated for federal road repairs in the Chequamegon-Nicolet National Forest and on the Bad River Band of the Lake Superior Tribe of Chippewa Indians Reservation. Just more than $10 million will go to the U.S. Forest Service to rebuild roads that have been washed out since 2016.

"We actually have eight portions of roads that were closed where emergency repairs were not possible given the size and scope of damage," Markin said. "We do have a closure order in place for those roads."

Markin said the road work could cause some detours for residents living in the area.

"They're typically low-traffic areas but now that we’re starting to get closer to construction season and actually starting to begin repairs on those roads it’s going to kind of complicate things with temporary road closures that people are going to have to reroute around."

Nearly $5 million in federal highway funds will be spread among 22 counties.

Parts of northern and western Wisconsin were declared federal disaster areas after storms quickly dropped more than 10 inches of rain in both 2016 and 2017.