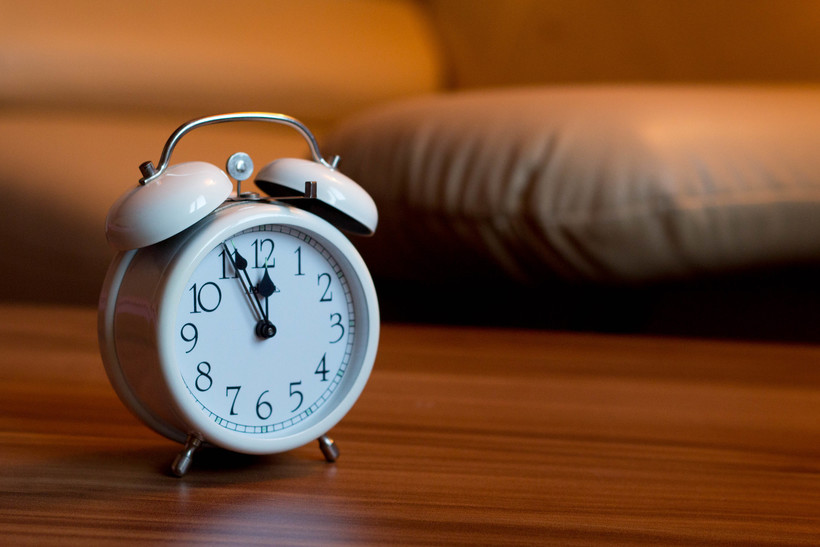 Zorba Paster: For Insomnia, Blankets Are Worth The Weight

I don't know about you, but the older I get the more fragmented my sleep is.

As a kid that was not the case. I remember sleeping over at my cousin Mark’s house. We’d stay up late watching TV while my aunt and uncle were out to dinner and a movie.

We always fell asleep in front of the TV, black-and-white of course, probably watching "The Three Stooges." When Uncle Al came home he just picked us up, carrying us into the bedroom. Sound asleep, we never ever woke up until the morning.

So let’s fast-forward to today — as an adult, it seems that I wake up if our dog is just walking around the room. And as for someone picking me up and moving me — unless I was in a coma, or inebriated out of my mind, that would never ever happen.

My point here is as we age, we sleep differently. If we’re anxious, have stressors or other psychological issues, our sleep suffers. Insomnia enters. And for many of us, fragmented sleep, having trouble sleeping, waking up on and off in the night and not being able to get back to sleep is common.

Now there are meds that can help — just Google "insomnia" and you’ll get plenty of drug adds — but what interested me is research published in the Journal of Sleep Medicine about "Weighted Blankets."

Swedish researchers looked at this as a safe, effective, non-drug way to help people with psychiatric disorders get deeper sleep at night with less nighttime sleepiness during the day. Let me go on a bit about the study, and explain how this might help you and where to get a weighted blanked. I found it fascinating.

For the study they looked at 120 adults ages 40 and over who were diagnosed with depression, bipolar disorder, ADD, or generalized anxiety disorder — all of whom were having trouble sleeping.

Participants were randomly assigned to either get a "chain-weighted

blanket" or a normal blanket. The weighted blanket was initially heavy, clocking in at 17½ pounds, or, if they found that too heavy, 13 pounds.

Six out of 10 people who used the weighted blanket had a significant 50 percent improvement based on standardized sleep scores, compared with the control group.

After that initial 12-week study, everyone in both groups was offered the weighted blanket to use for the next year. During that phase they tested other weight blankets from 13 to 18 pounds — using both weighted "chain" blankets and weighted "ball blankets." By the way, if you had never heard of these blankets, you were in the same ballpark that I was.

After one year, 92 percent of those who used weighted blankets of either kind had significant improvement in their insomnia. That’s a "wow" in my mind.

What might be happening here? There is a theory that cuddling, even from just a blanket, reminds us of what it was like when moms and dads tucked us in. About how good we felt when we were cuddled as children.

Now it might be that the weight just interferes with movement so that we feel warm and safe. Perhaps that’s it. Others think that the pressure on different points of the body is similar to acupressure and massage. That deep pressure stimulation increases the parasympathetic arousal of the autonomic nervous system. The sympathetic arousal manifests in fight or flight. The parasympathetic does just the opposite — it’s the calming mechanism our body needs to rest and sleep well.

When I looked into similar research, I found these blankets were much more common than I thought online — from Amazon, to independent providers, to eBay.

My spin: Yes, the study was for folks who had insomnia and psychological problems, but I think that we can really generalize here — that it might be worthwhile for anyone with insomnia. It’s a non-drug way that might just help you sleep. And with cold weather coming, what could be better than to shed that summer-and-fall blanket for something more cuddly. It might be worth a try.